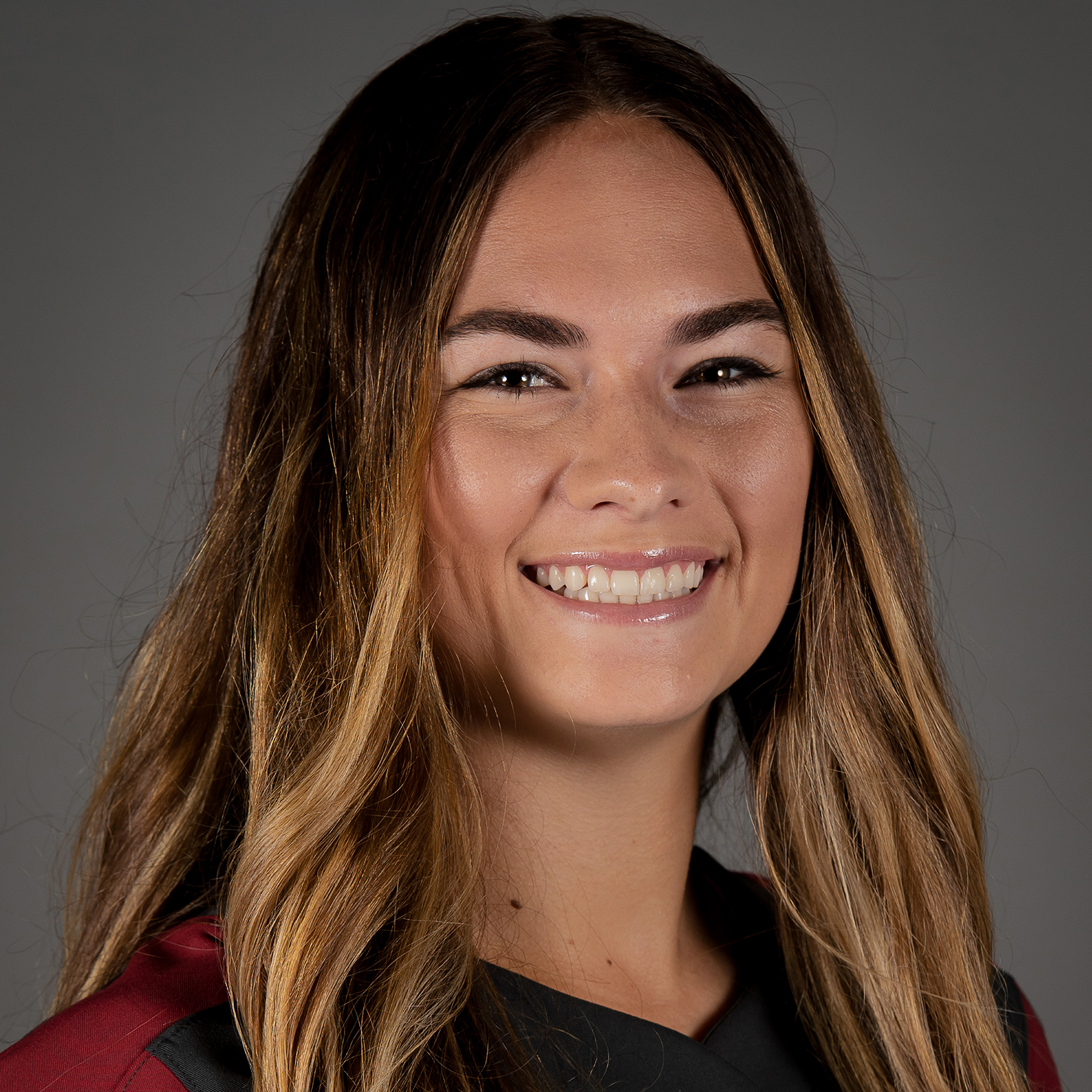 2020 | Senior
Led the team with a 1.16 ERA, 17 appearances, 12 games started, five complete games and 72.2 innings pitched… Finished with an 11-3 record… Her 11 victories were the sixth most in the nation and led the SEC… Struck out 61 and walked 11… Finished seventh in the SEC and 30th nationally in ERA (1.16)… Ranked fourth in the SEC in strikeout-to-walk ratio (5.08)… Finished second in the SEC allowing just 1.16 walks per seven innings… Limited the opposition to a .225 batting average, which dipped to just .197 with runners on base… Held opponents to a .164 batting average with runners in scoring position… Did not yield more than three earned runs in an appearance all season… Possessed a WHIP of just 1.05 to lead the staff… Did not allow an earned run during her first 15.1 innings of work over five appearances to begin the season… Won seven consecutive decisions to begin the season… Of her 62 hits allowed, only 12 went for extra bases (4 HRs, 8 2Bs)…  Struck out a season-best nine in only four innings against Marist (Feb. 23)… Allowed one earned run over seven innings versus No. 9 Florida State (Feb. 29)… Threw a seven-inning complete game shutout in a 1-0 win to earn program’s first win at No. 9 Alabama since 2000 (March 6), and became the first team to shutout Alabama in Tuscaloosa since Tennessee in 2018… Picked up her league-leading 11th win on the season’s final day firing seven innings with three strikeouts to defeat Kansas (March 10), 3-2.

2019 | Junior
NFCA All-American Second Team ….NFCA All-South Region First Team … All-SEC Second Team … Led the Arkansas pitching staff with a 1.63 ERA … Gave up only 29 walks as a part of a staff that gave up a program-best 73 walks in 2019 … Recorded a career-high 13 strikeouts against Southeast Missouri State (Feb. 21) … Tallied career numbers in innings pitched (201.2), appearances (43), strikeouts (172), shutouts (4) and complete games (15) … Was the only SEC pitcher to maintain an ERA less than 2.00 with 80+ innings against conference opponents, and only one of three to have a lower ERA in SEC play than overall … Pitched two complete game wins against No. 18 Kentucky to secure the series win (March 29, 31) … Was named to the All-Tournament Team at the Puerto Vallarta Classic when she recorded a shutout win and a save, while giving up no earned runs and picking up 18 strikeouts (Feb. 16).

2018 | Sophomore
Started 27 games with 37 appearances during her sophomore campaign, compiling a 2.67 ERA with 12 wins and six complete games … Pitched 152.1 innings over the course of the season, walking just 33 batters, allowing only 10 home runs while striking out 113 batters … Struck out a season high nine batters against Central Connecticut (March 3) in a complete game performance … Picked up two wins in the series against #20 Mississippi State (March 31, April 1) in a sweep of the Bulldogs, allowing zero runs in 11.1 innings of work.

2017 | Freshman
NFCA All-South Region Third Team…SEC All-Freshman Team…Became the third freshman in program history to record 15 wins in the circle, and first since 2001…Finished the season with team highs of 16 wins and a 2.28 ERA…Appeared in 38 games with 33 starts which was tied for the second most in the SEC…Walked just 35 hitters in 172.0 innings of work…Issued ine or fewer walks in 25 of 33 starts…tallied 13 complete games including a five-hit, one-run effort in a win over No. 14 Tennessee (March 18)…Secured team’s return to SEC Tournament with complete-game win over Georgia (May 5)…Had a season-high eight strikeouts at Florida Atlantic (Feb. 24).

Personal
Daughter of Brian and Heather Storms… Has one older brother, Aaron… Played travel ball for So Cal Athletics in Upland, Calif.