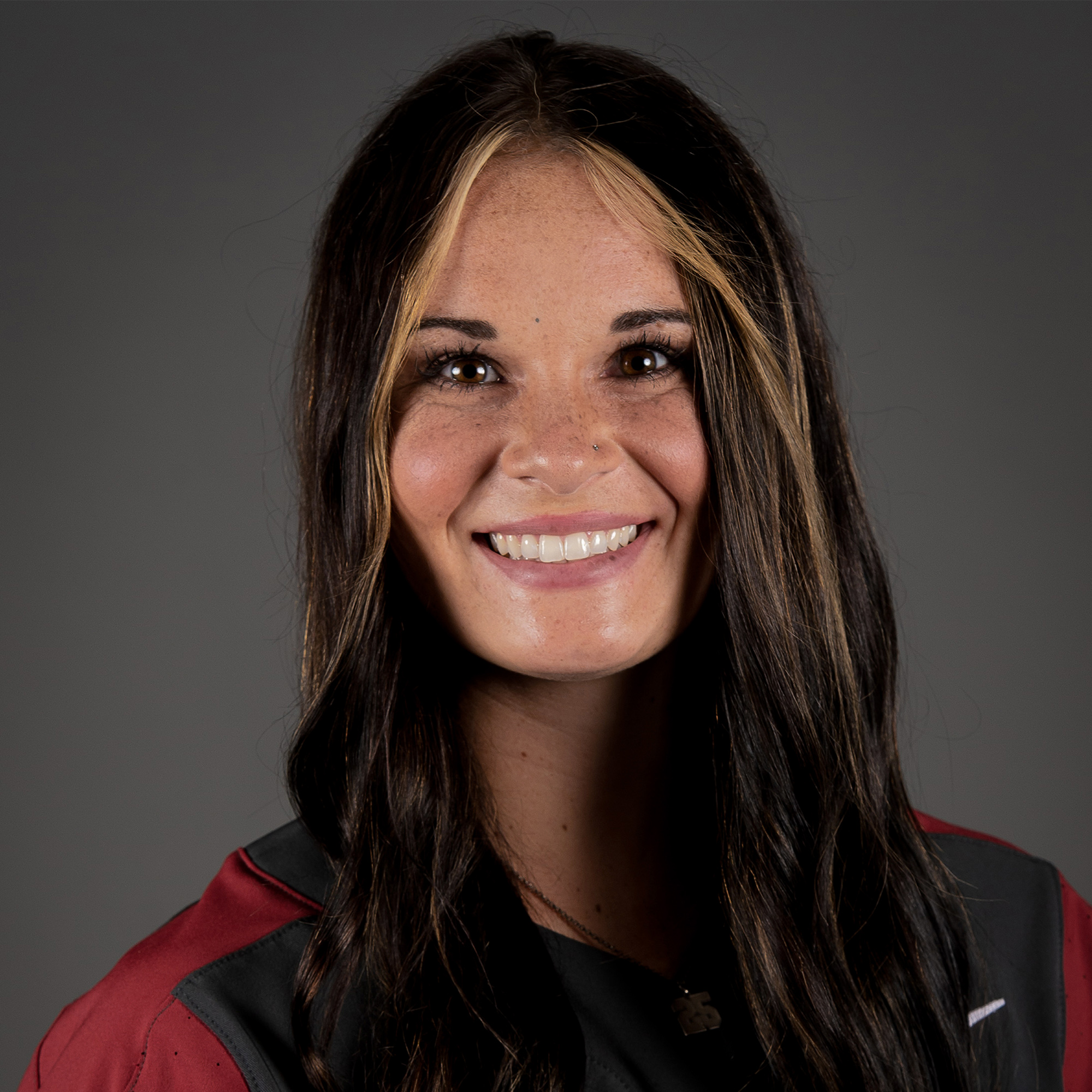 2020 | Redshirt Junior
Started all 25 games at shortstop… Hit .392 with 31 hits, three doubles, five home runs, 20 RBIs, seven walks and 16 runs scored… Led the team in hits and ranked 12th in the SEC… Compiled an on base percentage of .467… Slugged a team-best .620… In the field registered a .960 fielding percentage and was ninth in the SEC with 43 assists… Led the team with 11 multi-hit games and went on a season-best nine game hitting streak… In her first game in an Arkansas jersey, tallied two RBIs against UTEP (Feb. 7)… Hit first Razorback home run and notched season-high three RBIs against Nebraska (Feb. 9)… Set a career-high with four hits against Furman which included a home run (Feb. 15)… Drew a career-high two walks against Boston U (Feb. 22)… Collected three straight two hit games against Villanova (March 28), Kent State (March 28) and No. 9 Florida State (March 29)… Went 2-for-4 with a pair of singles in a win at No. 9 Alabama (March 6).

2019 | Transfer
Did not play due to transfer regulations.

At Missouri
Registered 99 hits with 48 runs scored, 15 home runs, 80 RBIs and 20 doubles in her two seasons with the Tigers … After a standout 2017 campaign, she earned a spot on the SEC All-Freshman Team and was named a top-25 finalist for the Schutt Sports/NFCA Division I National Freshman of the Year … Collected NFCA and USA Softball National Player of the Week (March 18, 2017) honors following a week with three home runs… During that week posted 10 RBIs in a single game against North Dakota State on two grand slams and a triple… Became on the third player in SEC history to notch 10 RBIs in a single game…

Prior to Arkansas
Attended Paragould High School where she hit 44 home runs during her prep career which ranks first all-time in Arkansas high school softball history… Amassed 185 RBIs with the Rams and carried a .551 batting average through her junior season… Three-time all-state performer.

Personal
Has already completed bachelor’s work and is pursuing a master’s degree in Human Resource and Workforce Development.