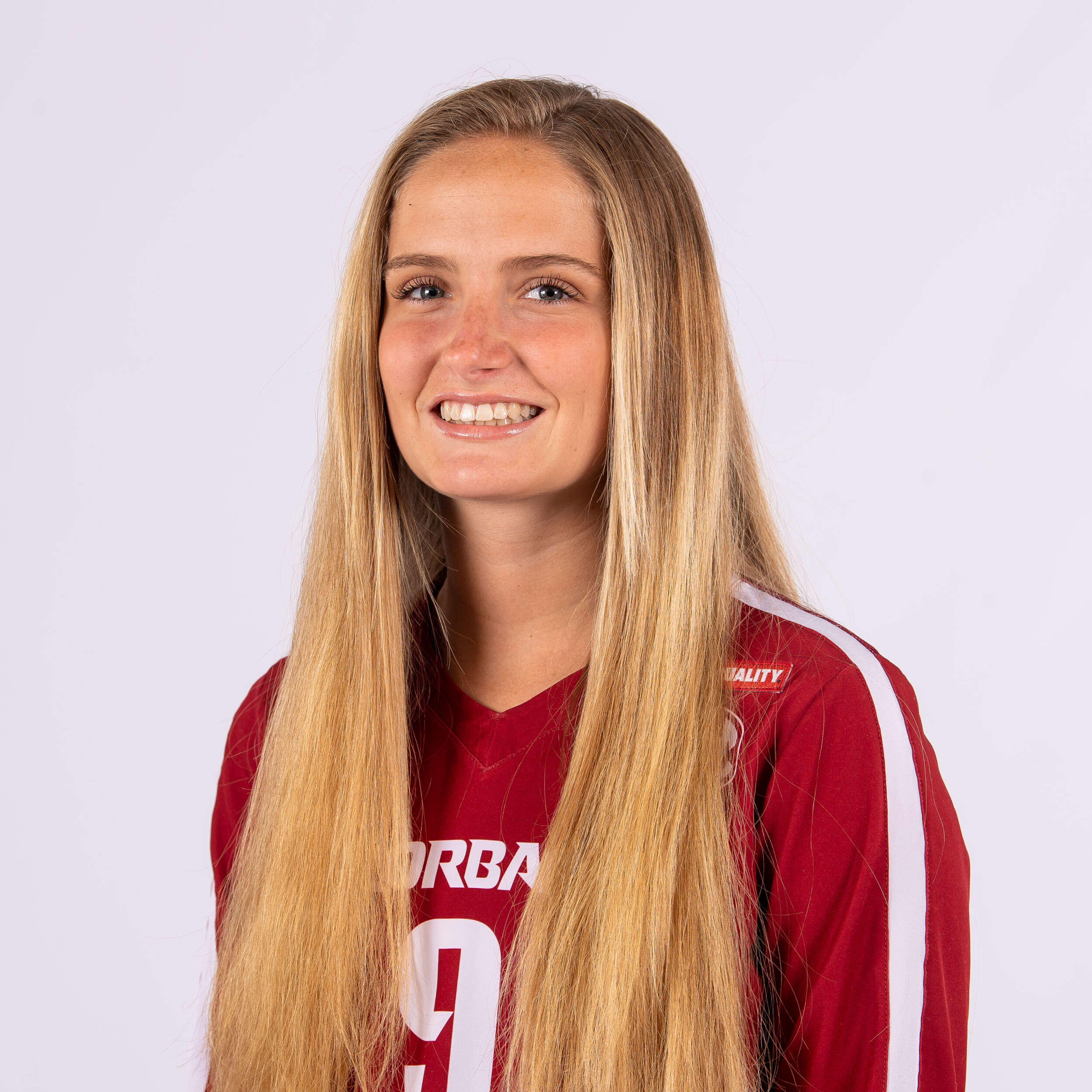 2021 | Freshman
SEC All-Freshman Team selection… started in all but one match as Arkansas’ primary libero… tallied a team-best 3.48 digs per set, ninth in the SEC and first among freshmen… currently in fourth in digs per set in the rally to 25 scoring era and sixth in all-time program history… had a team-high 393 total digs… led the Hogs in digs in 15 matches, had 10+ in 17 and 20+ in five… held the team season match high in digs with 29 against Mississippi State (Nov. 21)… contributed 23 service aces on the season, fourth-best on the team… named to the Bobcat Classic All-Tournament team with 25 digs, 21 assists and four aces… named SEC Freshman of the Week on Sept. 13 after an impressive performance over three matches at the Tulsa Invitational with three aces, five assists and 45 digs

Prior to Arkansas
Junior Beach National Champion (USAV, AAU, ROX)… As a freshman at Olathe Northwest HS Courtney helped lead the Ravens to their 2nd straight 6A State Championship and was named to the All-League Honorable Mention Team.  As a sophomore, Courtney helped lead the Ravens to a 3rd place finish at the State Tournament and was named to the 1st Team All-League and All-State Honorable Mention teams… helped lead Olathe Northwest to the Class 6A state tournament in 2020… was named first-team all-Sunflower League the last three years, and second-team all-state as a junior… 2020 KVA All-Tournament team.

Watson on Jackson
“Courtney came to camp and did a remarkable job, we were very impressed with her. I think there are a ton of liberos in the country and as you dig a little deeper you find that it’s hard to find those that excel in three areas: serve, pass and defense. Court, has the ability to do those three things at a really high level for really long periods of time. Not only that, I think she’s committed to learning, I think she’s committed to being better and I think she’s an athlete that enjoys putting in the time to get better at skills that maybe not everyone recognizes but are certainly impactful on a program. Court is a really really good get for us and I think when its all said and done, she’s going to leave her mark on this libero position for us.”