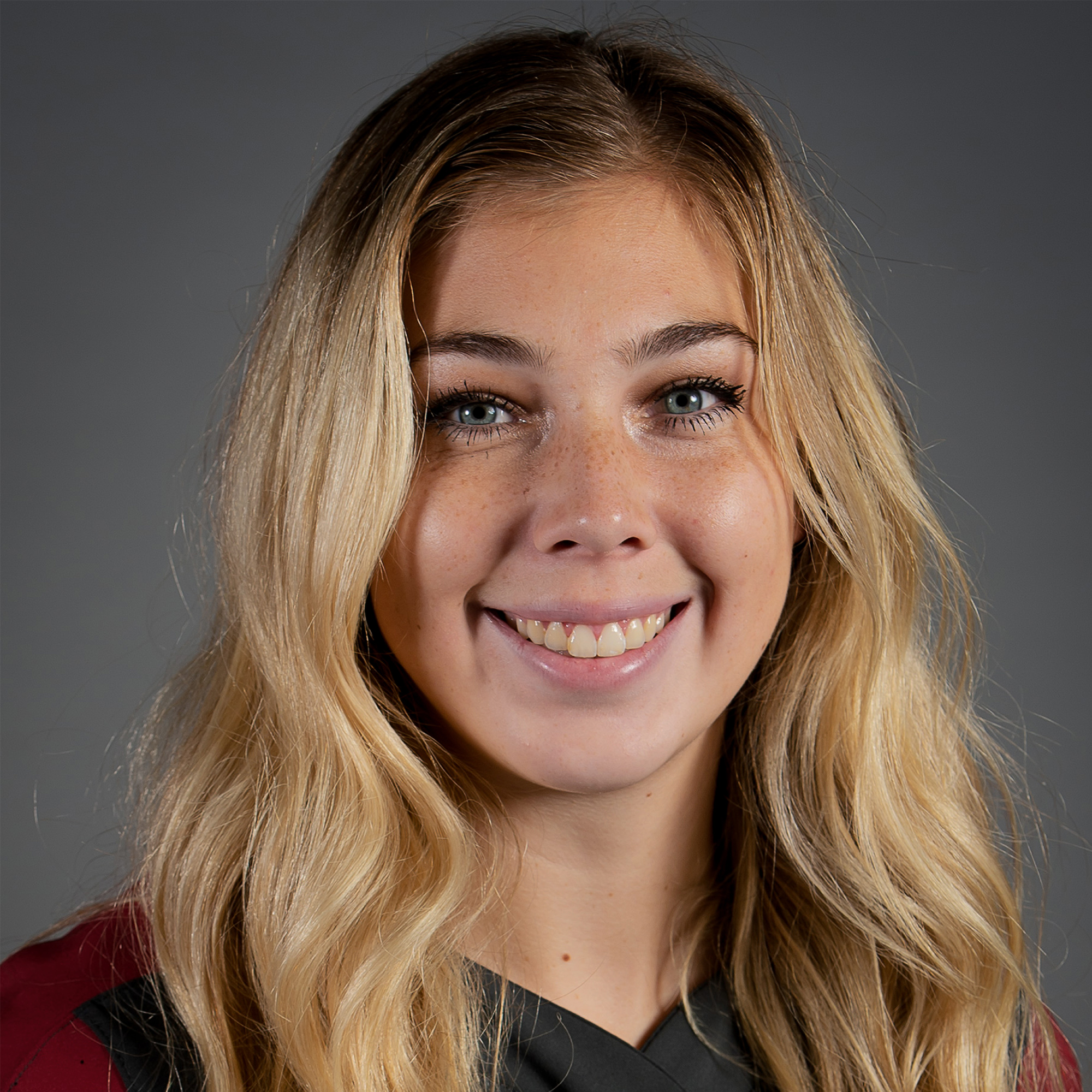 2019 | Sophomore
NFCA All-South Region Third Team… Made history when she tied the SEC record with four home runs in a game and became just the second softball player to hit for the home run cycle (solo, two-run, three-run and grand slam homer) and the first to do it in four innings… Tied with four others for the most homers in a single game in NCAA history… 16 total bases and 10 RBIs vs. SIUE are both tied for the second-most in NCAA history… Only the third player in the SEC to ever record 10 RBI in a game… Was named SEC Co-Player of the Week and USA Softball Co-Player of the Week for her performance… Led the Razorbacks with a .640 slugging percentage (6th highest single-season record), 12 home runs and 110 total bases … Finished third on the team in batting average (.349) and on base percentage (.397)… Registered 60 hits with 33 runs scored, 45 RBI and 12 doubles… Hit the game-winning home run in the series opener against Kentucky (March 29)… Recorded eight multiple-RBI games, including a 2-for-4 performance that led to five RBI in game one at Ole Miss… Spent the final 30 games of the season in the designated player role, but recorded 16 starts in the field at first and second base.

At Arizona State
Played 59 games with 58 starts with Arizona State… Registered 57 hits with 27 runs scored, 12 home runs, 39 RBI and 12 doubles… Led the team in home runs (12), doubles (12), extra-base hits (24), slugging percentage (.633), while her on-base percentage (.417) and RBI (39) ranked second and her batting average ranked (.343) ranked third… Registered 16 multi-hit games, and recorded multiple home runs in two games…  Recording 14 hits through the first month of the season, including recording, hits in 19-of-21 games from Feb. 23-March 31, going 29-for-60 and boosting her average to .432 during that time… Was one of three freshmen to be named to the All-PAC-12 First Team in 2018, in addition to being named to the Pac-12 All-Freshman Team… Named to the NFCA Second Team All-West Region Team… Was one of 25 candidates for the Schutt Sports / NFCA Division I National Freshman of the Year.

Prior To ASU
Ended her senior season as the league-leader in batting average, on base percentage, RBI and home runs … She also earned All-Southwest MVP honors, in just her second season back following an injury that cut short her sophomore season.