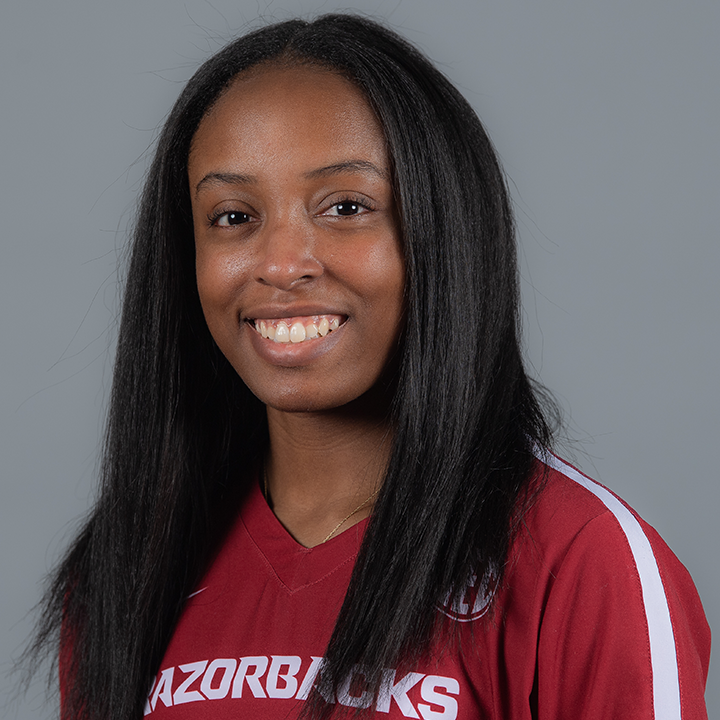 Appeared in 109 sets and earned 19 starts… playing both middle blocker and right side… recorded 205 kills (1.88 kills per set) and a team best .274 hitting percentage… also recorded 12 servuce aces, 49 digs, and 64 blocks…. was named to the Maryland All-Tournament Team after average 2.55 kills per set (28 total) behind a .313 clip… led the Razorbacks in blocks five times and registered seven double-digit kill performances… had a career high … her .560 clip (15-1-25) against Mississippi State (Nov. 24) was an individual team best.

Prior to Arkansas
Played two seasons at North Florida…recorded 555 kills in 65 matches…two-time ASUN Freshman of the Week…named to the 2017 ASUN All-Freshman Team…recorded 119 total blocks, 17 of which were unassisted…averaged 1.18 digs per set…her 15 service aces this season ranked third on the team, as did her 2.20 kills per set…played in every match in 2018, starting in all but two.

Personal
Devyn is the daughter of Steven and Freda Wheeler…she has two older sisters, Talya and Shantyl…plans to major in exercise science and become a physician’s assistant.