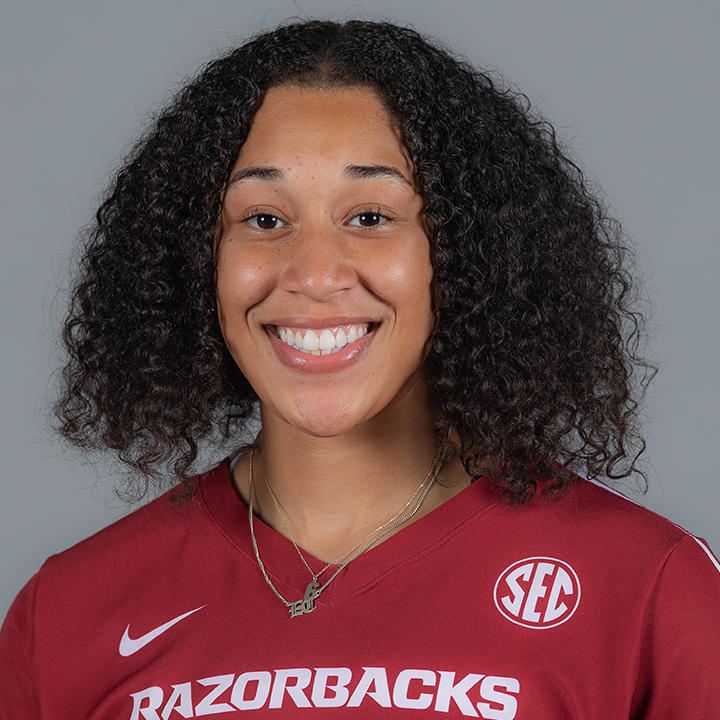 2020 | Junior
Racked up 37 blocks in 36 sets played (1.16 blocks per set)… appeared in 11 matches, including Arkansas’ series sweeps at Mississippi State, at Georgia and against Alabama… recorded a season-best nine blockst in the season-opener at Mississippi State (Oct. 17)… was a key role in the Hogs’ win against Alabama on Feb. 12 with seven kills, a .357 hitting percentage and seven blocks.

2019 | Sophomore
Recorded 64 kills in 16 appearances with 13 starts and notched a career-high 11 kills as she helped Arkansas defeat Montana State in five sets on Aug. 31, she also recorded a career-high hitting percentage (.688) and attempts (16) in the same match… had a team-high five service aces against George Mason (Sept. 14) and recorded 14 service aces all together… also had a team-high nine blocks (1-8) against UAPB (Sept. 10)… finished third on the team in blocks with 52 total blocks (o.88 blocks per set).

Prep
A two-year starter and two-time district honoree for Cypress Lakes High School, she twice earned a spot on the 17-6A All-District First Team. In addition to her accolades at the prep level, Crumpton played for the Houston Juniors club and helped lead her team to the 2017 17-USA national title. Crumpton was mentioned among “The 150” on the Senior Aces list.

Personal
Ellease is the daughter of Willie Crumpton and Amy Whaley, and has three older siblings, Chris, Aaliyah and Troy. Her dad played football at Northwestern State. Crumpton is planning to major in biology at Arkansas.