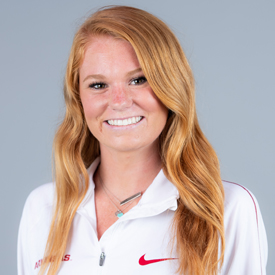 Redshirt Sophomore (2017)
Began her sophomore year at the Cowboy Preview (Sept. 1) finishing with the eighth-best time for Arkansas and 23rd overall at 11:24.60 … In her last meet of the season, Jeacock finished with the fifth-best time for the Razorbacks at 18:47.87, finishing 68th overall at the Missouri Southern Stampede (Sept. 16).

Freshman (2015)
Utilized a redshirt during her first year on campus.

Personal
Born on April 30, 1997 … Daughter of Simon and Jennie Jeacock … Has two sisters, Charlotte and Amy … Majoring in public health and distribution.