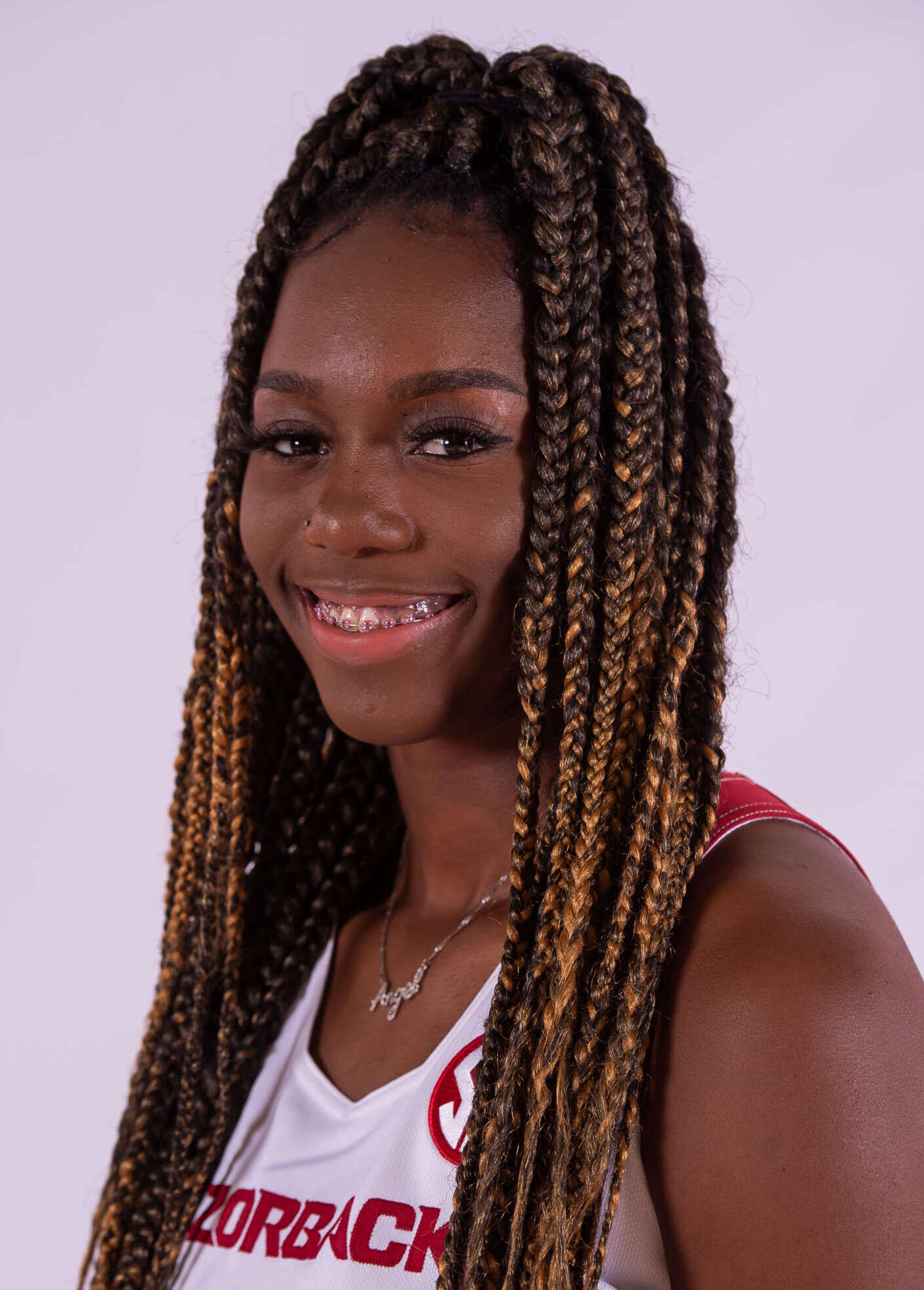 AS A REDSHIRT JUNIOR (2021-22)
Played a role in the rotation once again during her third season … Averaged 7.6 points, 4.8 rebounds, 0.8 assists, 17.5 minutes per game … 41.0 FG %, 18.8 3FG %, 68.8 FT % … Six games scoring in double figures … Went down against California on Dec. 5, didn’t return to action until Jan. 20 against Alabama … Before her injury, was playing the best ball of her career, as she went for double-figures in five of nine games … Was great against SMU, going for a career-best 18 points and nine rebounds … Scored 16 points on the road at UConn … had 15 points, seven rebounds and a career-best four steals against Belmont … Helped Arkansas secure its NCAA Tournament bid at Mississippi State, scoring 10 points, including eight in the fourth quarter … Had nine at Alabama in her return to action.

AS A REDSHIRT SOPHOMORE (2020-21)
Was a force off the bench for the Hogs in her second season … Averaged 7.7 points, 4.6 rebounds, 0.4 assists, 0.8 steals, 16.2 minutes per game … 58.6 FG %, 14.3 3FG %, 50.6 FT % … Nine games scoring in double figures, one game with double figure rebounds … Five games scoring in double-figures in conference only games … Fifth on the team in scoring despite playing just over 16 minutes per game … Led the team in blocks for the second straight season (23) … Went for 12 points against LSU on the road … Scored 15 points in Arkansas’ near loss at Georgia, hitting seven of her 10 shots … Made all four of her shots at Texas A&M in a 10-point performance … Added 13 more at South Carolina … Notched her second career double-double against Arkansas-Pine Bluff … Went for nine points against Mississippi State, including a perfect 3/3 from the foul line … Scored 12 points and pulled down five rebounds in Arkansas’ win over Wake Forest … Went for a career-high 17 points in the Hogs’ win over Louisiana Monroe.

PRIOR TO ARKANSAS
Played for head coach Michael Green at LRC … A 6-2 forward, led the Tigers to a 19-10 record as a senior … Averaged 19.4 points, 7.4 rebounds, 2.2 steals and 1.8 assists per game in her final year … Played her club ball for Ed Durham and the Arkansas Mavs Joe Johnson Elite team … Honors include a pair of all-state selections in 2017 and 2018, all-conference selections in 2016 and 2017, all-tournament team at the Fayetteville Lady Bulldog Classic, M.V.P. honors at the Camden Fairview Holiday Classic, Channel 7 Full Court Nominee, The Downtown Tip Off Club Outstanding Player of The Month, participation in the Metro Classic Game, and selection to the Mike Conley Jr. All-Star Game.