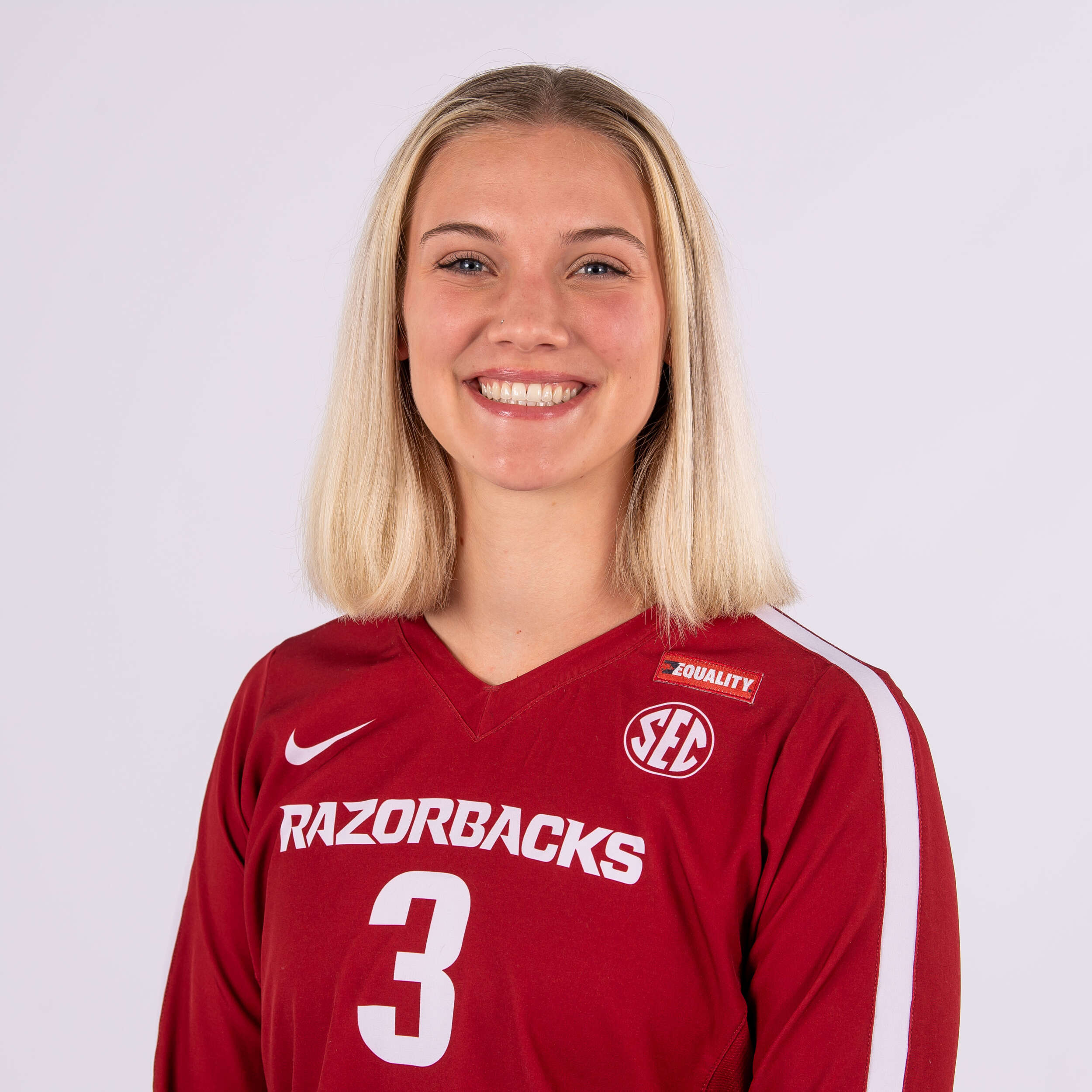 2021 | RS-Senior
Appeared in seven matches throughout the season… tallied a season-high seven kills against Louisiana Tech and recorded a .636 hitting percentage (Aug. 28)… posted a new career-high hitting percentage versus Portland of .667 (Sept. 4)… averaged 1.42 kills per set, 0.42 digs per set and 0.39 blocks per set.

2019 | Junior
Appeared in only 16 sets after acquiring an injury early in the season…decided to forgo the rest of the season for a medical redshirt.

2018 | Sophomore
Fourth Razorback to be named SEC Scholar-Athlete, first since 2012…AVCA All-South Region Honorable Mention…appeared in 25 matches with 22 starts…team leader in kills with 321…averaged 3.61 kills/set to rank seventh in the SEC…had a team-leading 347.0 points, averaging 4.01 points/set to rank eighth in the conference…recorded four double-doubles…set career-highs in hitting percentage, kills, attempts, and digs…eclipsed a career milestone of 500 kills against Ole Miss (10/5)…recorded a career-high 20 service aces.

2017 | Freshman
Appeared in 116 sets during the year with three starts…double-digit kills in 20 of 30 matches including six outings with at least 15 kills…career-high 20 kills to go along with a .486 hitting percentage at Alabama (Sept. 27)…first Arkansas freshman with 20 kills in a match and 300 kills in a season since 2009…averaged 2.77 kills per set…seven matches with at least 10 kills coupled with a hitting percentage of .300 or higher…seven matches with three or more blocks…career-best six total blocks against CSU Bakersfield (Aug. 25)…served up four aces against Georgia (Oct. 25)…finished season with 10 service aces.

Before Arkansas
Dirrigl led Desert Vista High School to two Class 6A state championships during her sophomore and junior seasons. Ranked as the No. 62 recruit in the nation by PrepVolleyball, she totaled 446 kills and 320 digs as a senior, and finished her prep career with more than 900 career kills and 500 career digs over three seasons. Entering her senior season, she was placed on the Preseason All-American Watch List. Dirrigl played club with Aspire Volleyball Club in Tempe, Ariz.

Personal
Hailey is the daughter of Bill and Karen Dirrigl, and has a younger sister, Carly. Her father was a national champion as a student-athlete, winning an NCAA lacrosse title with Syracuse in 1988. Dirrigl is planning to enroll in the Institute for Nanoscience and Engineering at Arkansas.