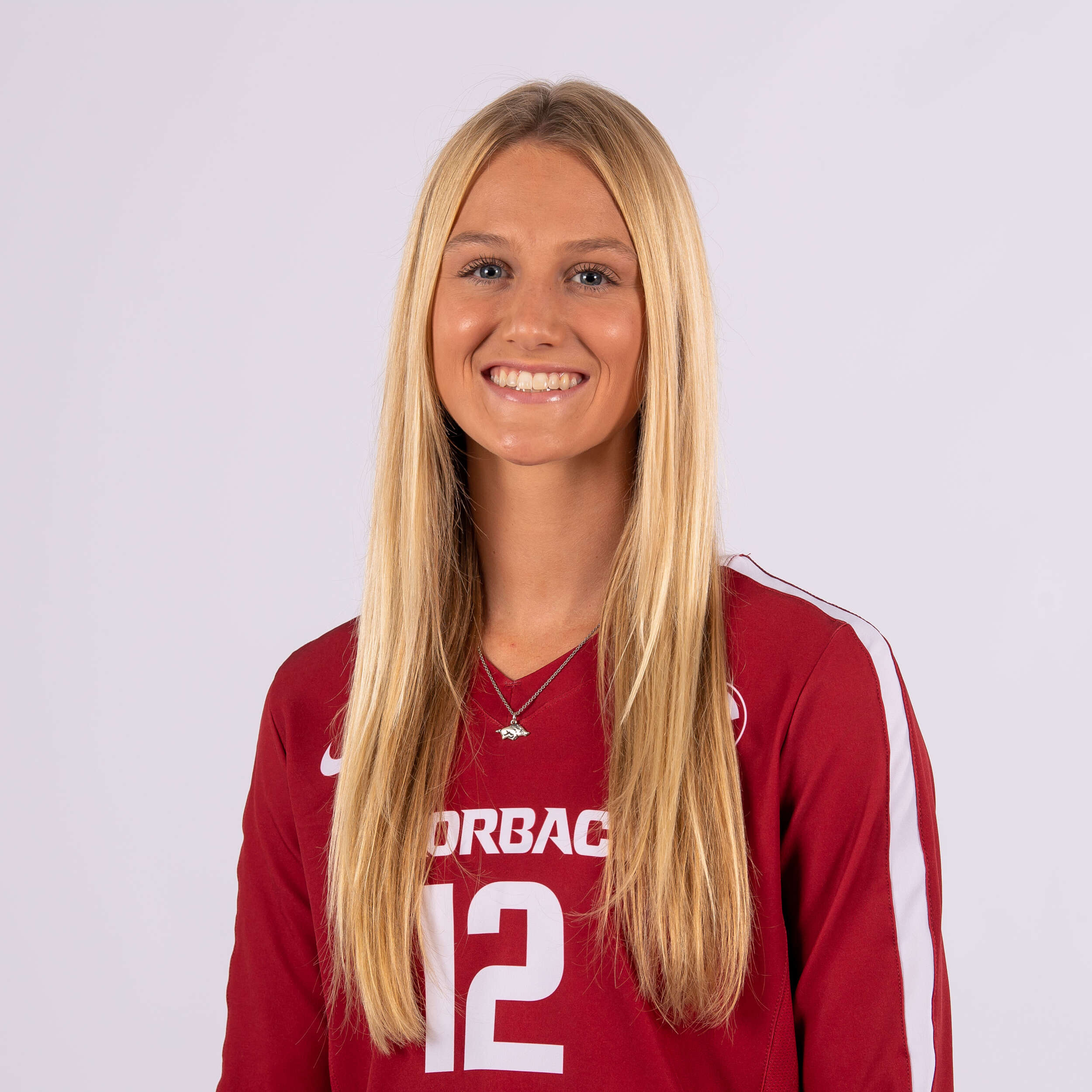 Before Arkansas
Led Southside HS to three consecutive conference titles and three Arkansas State championships, finishing as the runner-up during her sophomore, junior and senior seasons and joining the 2,000+ assist club in just three years. She played for Northwest Arkansas Juniors club team, helping lead her team to regional appearances as a freshman and sophomore, and then again as a junior after earning a national bid to Nationals. As a sophomore, Hogue racked up the awards. She garnered NWA Gazette Newcomer of the Year and a spot on the All-State, All-State Tournament, All-Conference and All-Arkansas Preps Freshman/Sophomore teams. Then after another notable junior season, Hogue was named to the 2019 Best of River Valley and AVCA Underclassman Phenom Lists as well as repeating as an All-Conference, All-State, All-State Tournament, and All-Arkansas Preps 1st Team selection. Hannah’s parents both attended the University of Arkansas, her dad, Gary played baseball for the Razorbacks from 2000-2002 and her mom, Cissie was a cheerleader for the U of A as well.

When asked why she chose Arkansas, Hannah said, “I grew up always wanting to follow in my parent’s footsteps. But also, when I met Coach Watson, I really believed in what he was doing here and wanted to be a part of it.” She says her life ambition is to “be the best version of myself and always be a good example of a follower of Christ.” A fun fact about Hannah is that she can solve a Rubix cube and juggle.