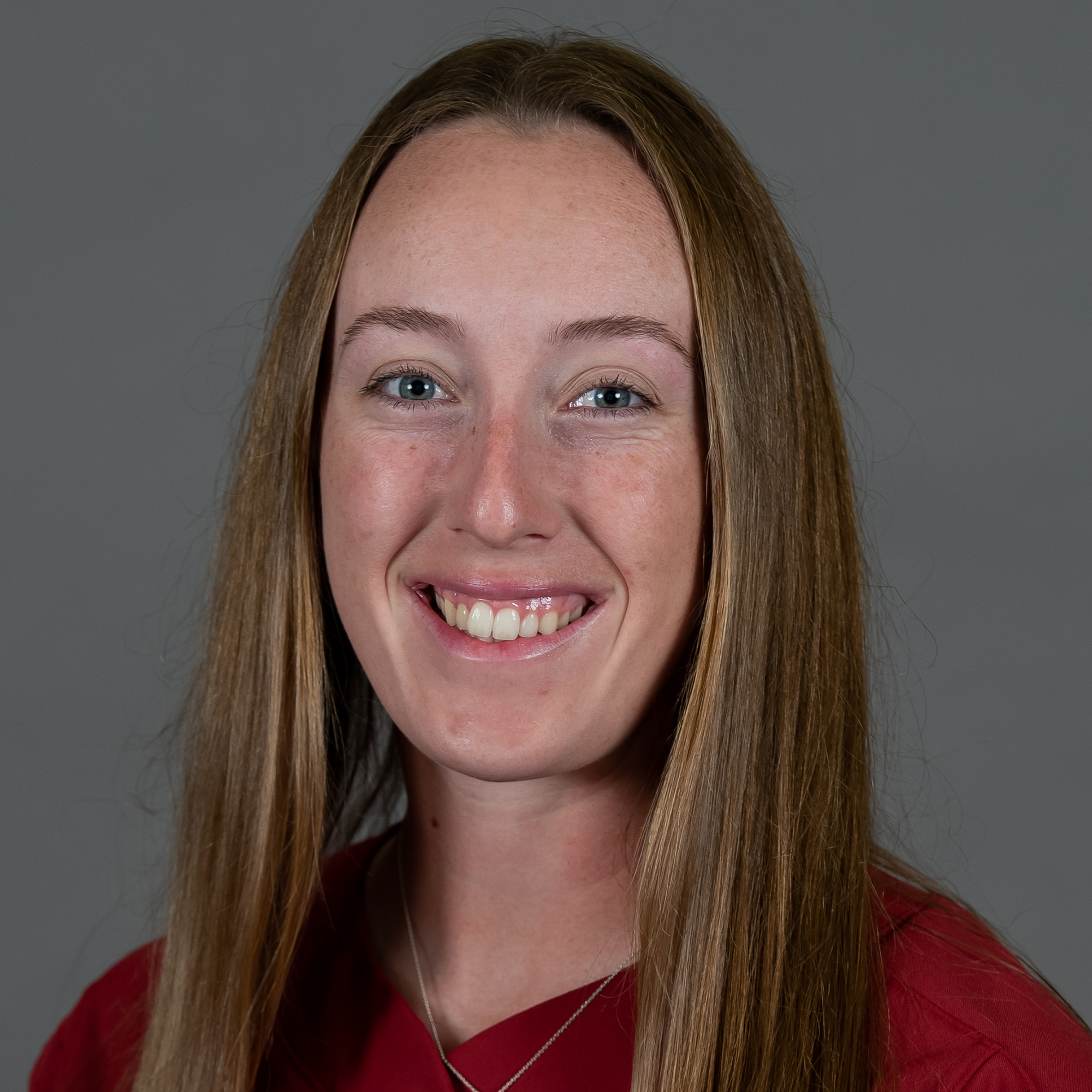 2020 | Junior
Preseason All-SEC… Softball America Preseason Top 100 – No. 69… D1softball Preseason Second Team All-American… Softball America Shortened Season All-America Third Team… Started all 25 games in left field… Led the team and finished seventh in the SEC by hitting .418… Became the only player in the SEC to lead her team in batting average in each of the last three seasons… Totaled a .565 on base percentage which ranked third in the SEC and 15th in the country…  Led the team with 19 walks, which was second-most in the SEC and ranked third in the league with 0.76 walks per game… Collected 27 hits and led the team with six doubles, 27 runs scored and 19 walks… Hit two home runs and picked up 12 RBIs… Gathered 40 total bases, which was tied for second-most on the team… Collected eight multi-hit games… Began the season on a five-game hitting streak… Struck out just six times in 67 at bats… Swiped three bases in three attempts… Led all Razorbacks hitting .414 in games away from Fayetteville…  Reached base in 12 straight games to end the season… Collected a season-high three hits, three runs scored and three RBIs against South Dakota State (Feb. 21)… Tied her season-high with three hits and three runs scored against Boston U (Feb. 22)… Tied career-high of three walks versus UIC (Feb. 15)… Hit a three-run home run against Kent State (March 1)… Paced the team by reaching base at a .700 clip in the only SEC series of the year at No. 9 Alabama (March 6-8).

Prior to Arkansas
Won CIF Western League MVP honors… Registered a career-high .521 batting average and helped lead Patrick Henry High School to its second-consecutive CIF Division I runner-up finish… Multiple-time league honoree and three-time league champion… Finished her high school career with a .463 batting average, 187 hits, 64 extra-base hits and 156 runs scored… Had 50 or more hits in each of her last two seasons…  In 2016 was named the Eastern League Player of the Year… Played travel ball for So Cal Athletics.