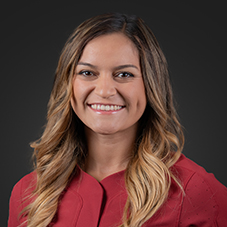 Appeared in 56 games for the Hogs, with 53 starts at both third and second base … Recorded 22 runs on 24 hits that included 11 extra-base hits, highlighted by a season-high five home runs … Earned 17 free bases with 13 walks and four hit by pitch calls … Led the Razorbacks with 122 assists … Rang in three RBI three times: versus Furman (April 14), UAPB (April 16) and BYU (May 17) … Closed out her career with a three-run home run against BYU at the Stillwater Regional in her last at-bat in the cardinal and white.

Started and played in 56 games at second base over the course of the season … Tallied 28 runs on 33 hits that included five doubles, two triples and four homers on a .246 batting average … Recorded six multi-hit efforts in 2018, including a season high three hit game vs. Manhattan (Feb. 23) that saw her drive in five runs in a day that included a double, a homer and a stolen base.

Appeared in 29 games including eight starts…scored nine runs…recorded her first-career hit against UNLV (March 18)…hit first home run, a three-run shot at Ole Miss (April 22)…first extra-base hit of her career was a double against No. 15 Kentucky (March 26).

Bugarin was an all-state infielder for East Central High School in San Antonio. In recognition of her standout junior season, she was named to the 2014 Texas Girls Coaches Association (TGCA) Class 5A All-State Team. In leading the Hornets to a district title, Bugarin registered a .578 batting average with nine home runs and 50 RBI. Additional individual honors included a spot on the All-District 28-5A First Team and Offensive Player of the Year accolades. She was also a two-time all-region performer at East Central and entered her senior year as a three-time academic all-district selection. Bugarin played her travel ball for Firecrackers STX.