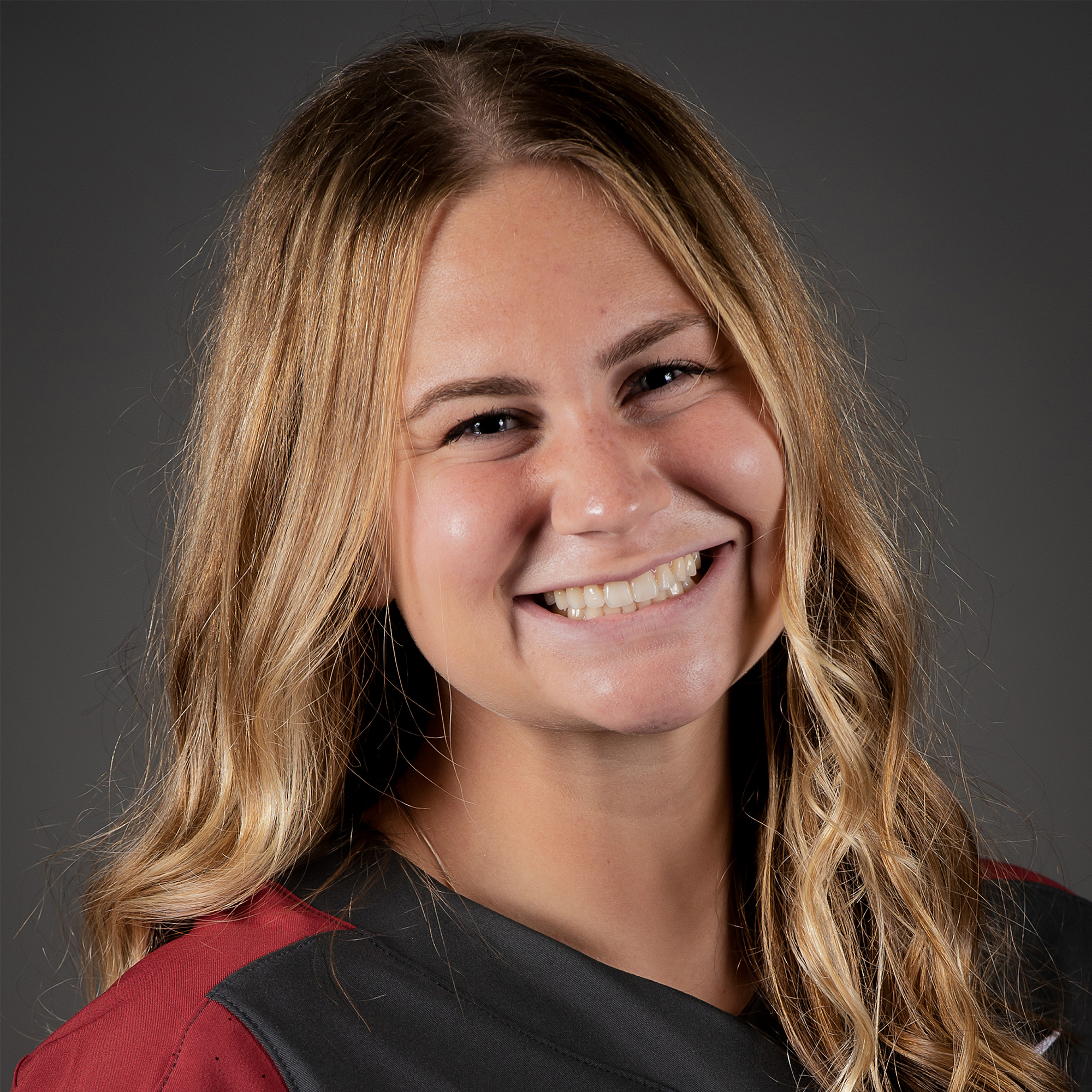 2020 | Freshman
Appeared in 16 games and made seven starts inside the circle … Compiled a 3.21 ERA in 43.2 innings of work … Tallied a 4-2 record … Led the Arkansas pitching staff with 68 strikeouts, a .208 opponent batting average and three saves … 10.9 strikeouts per seven innings ranked 12th nationally and was the only freshman to rank inside the top 15 … Three saves ranked fourth-most in the SEC and ninth nationally … Had five or more strikeouts in seven of 16 outings … Made collegiate debut in the season opener against UTEP (Feb. 7) and threw a scoreless inning with a strikeout … Recorded first career win throwing four scoreless innings while only allowing one hit while striking out six against Furman (Feb. 15) … Struck out six consecutive hitters over 2.1 innings to earn first career save at FGCU (Feb. 16) … In first career appearance against a top-25 team, threw 1.0 innings of relief work against No. 23 Baylor (Feb. 27) and retired the side in order with two strikeouts … Earned first career complete game shutout, striking out a career-best 10 in a 1-0 win over Kansas (March 10).

Before Arkansas
Prepped at Edison High School… Ranked No. 43 in the final FloSoftball Hot 100… During the 2019 state tournament run, struck out 24 batters in 12.1 innings of work while allowing just one earned run and led Edison to its first playoff win in two years… Against nationally-ranked Mission Viejo High School, struck out 15 batters while allowing just one hit in a five-inning 10-0 win… struck out every out of the game… Finished senior last season with a 6-4 record inside the circle… Played travel ball for Athletics Mercado.

Personal
Daughter of Daniel and Melonie Bloom … Has one brother, Jacob … Mother Melonie played volleyball for San Diego State from 1992-97 … Enjoys traveling, trying new foods and hanging out with her family … Majoring in political science and wants to work as a worker’s compensation attorney for police and fire after college.