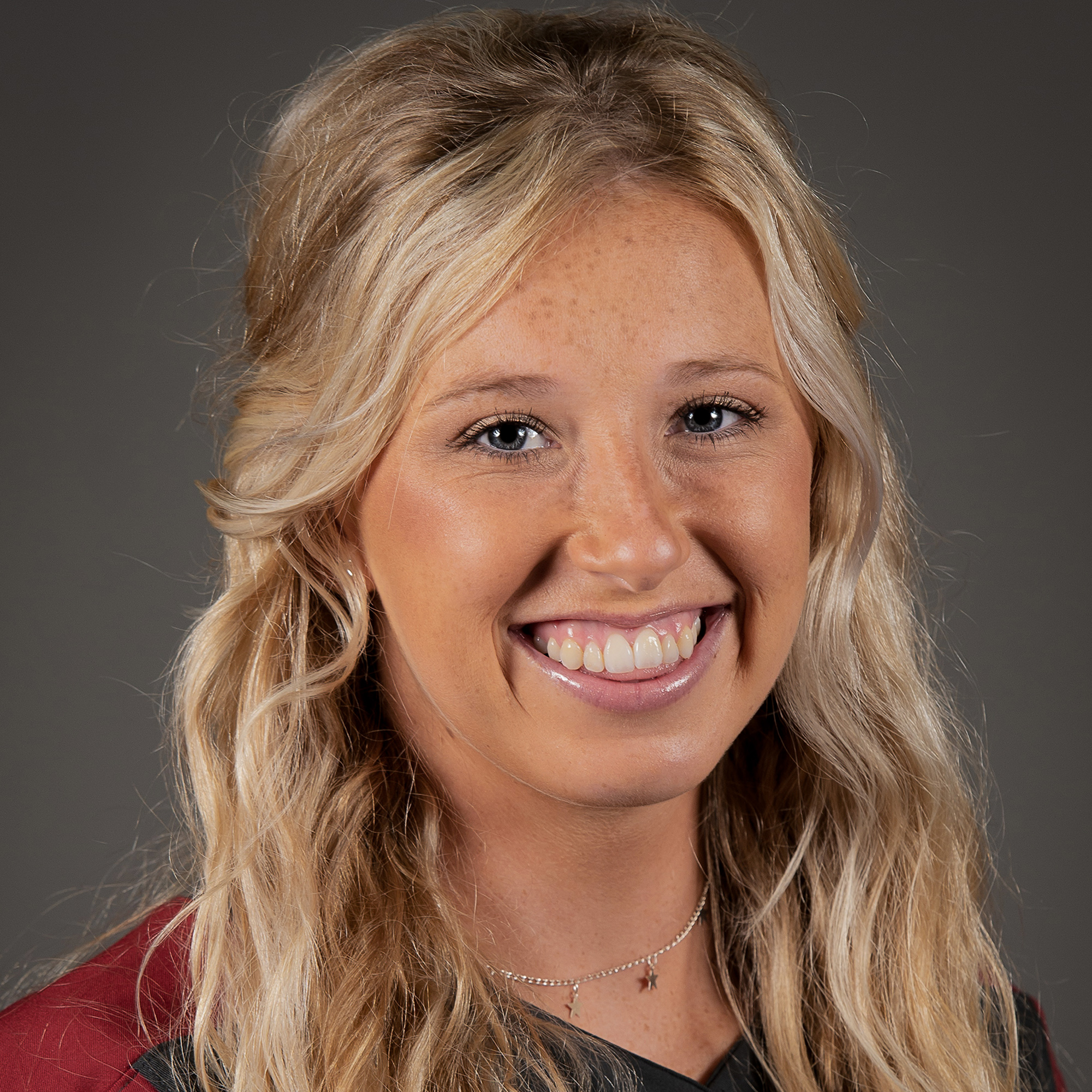 2020 | Senior
Played in 21 games and made 20 starts, 13 coming at second base and seven at third base… Also played shortstop in two games… Hit .279 with 12 hits, two doubles, one triple, three home runs, 10 RBIs and eight runs scored… Slugged .581, which ranked fourth on the team… Led the team laying down four sacrifice bunts… Doubled and scored a run in the first game of the year against UTEP (Feb. 7)… Hit first career home run, a two-run shot which gave Arkansas the lead in a 5-1 win against Marist (Feb. 23)… Went 2-for-3 with a triple and a home run while driving in a career-high four runs against Villanova (Feb. 28), and hit a homer in back-to-back games for the first time in her career with a two-run jack against Kent State (Feb. 28) later that evening… Compiled a career-best five-game hitting streak from Feb. 28 through March 1 against Villanova, Kent State and No. 9 Florida State.

2019 | Junior
Appeared in 43 games and started the final 25 games of the season at shortstop… Earned her first collegiate start against Kentucky (March 29)… Hit .163 with two doubles, two walks, six RBIs and 17 runs scored… Tied for the team lead laying down four sacrifice bunts… Drove in a season-high three RBIs with a double and run scored in an 11-0 victory over Furman (Apr. 14)… Collected a season-best two hits in a 2-for-3 showing with two RBIs and two runs scored as part of an 11-1 thrashing of No. 9 LSU (Apr. 19).

2018 | Sophomore
Appeared in 37 games primarily as a pinch runner… Scored 16 runs over the course of the season, including five in SEC contests.

2017 | Freshman
Appeared in one game during freshman campaign… made debut as a pinch runner against Lamar (March 4).

Prior to Arkansas
Three-time all-state performer at Harrisburg High School where she helped guide the team to the regional round of the state playoffs in 2015… Earned team MVP honors in each of her first three prep seasons and was named to the all-state tournament team as a sophomore… Selected to the Junior/Senior All-Star Showcase… Played travel ball for Arkansas Angels 18U Gold… Was also a three-time all-state performer in tennis and three-time all-conference selection and MVP with the Harrisburg basketball team.