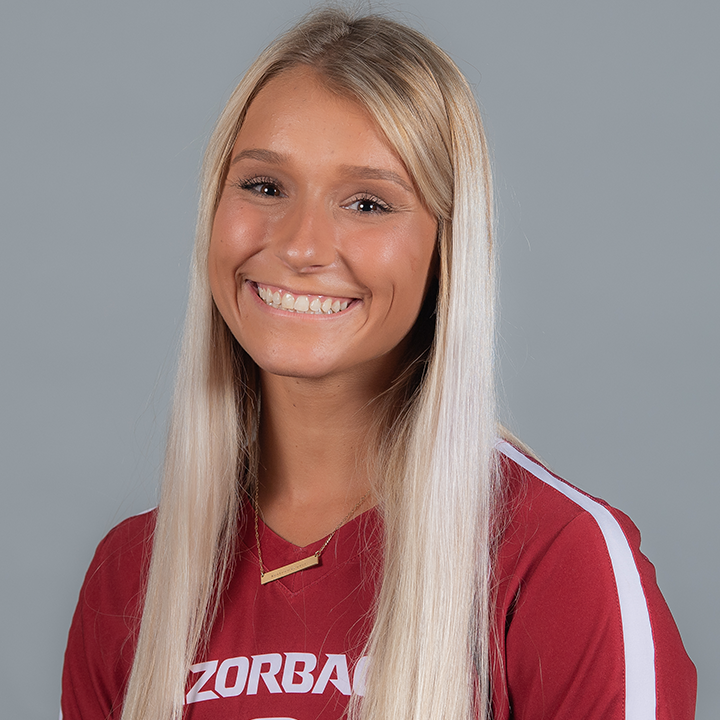 2019 | Junior
Had her best season yet at Arkansas, making an appearance in 20 matches and earning 12 starts, six straight to end the season… recorded six double-digit dig performances including a career-high 18 vs George Mason, averaged 2.21 digs per set at the end of the season… led the Hogs in digs four times…  added three service aces and 27 assists to her resume with a season-high six assists against Northwestern State (Aug. 30) and versus UAPB (Sept. 10).

2017 | Freshman
Appeared in 25 sets over 11 matches during her freshman year…had four kills in a straight-set win over ULM (Aug. 26)…also tallied three digs against the Warhawks and in a road match at Missouri (Nov. 19).

Before Arkansas
Trainor helped lead Springdale (Ark.) Har-Ber High School to a pair of Class 7A state runner-up finishes as a junior and senior, earning a spot on the all-state tournament team in both seasons. Following a senior campaign with 325 kills and 116 digs, she was named an Under Armour All-American Honorable Mention performer. Representing Har-Ber in the Arkansas High School Coaches Association All-Star Game, Trainor was named the game’s MVP with 17 kills and eight digs. She played club with Ozark Juniors and was a four-time national qualifier. Adding to her volleyball prowess, Trainor broke four school track and field records and was a three-time state champion (2009-11) gymnast.

Personal
Klaire is the daughter of Kendall Trainor and Kerri Trainor Mason, and stepfather Kent Mason with siblings Joey, Kenley, Caitlin, Sarah and John. Her father was a 1988 All-American place kicker for the Arkansas football team and also a member of the Arkansas baseball team, and her mother was a women’s basketball student-athlete at Ottawa (Kan.) University. Trainor is an elementary education major at Arkansas.