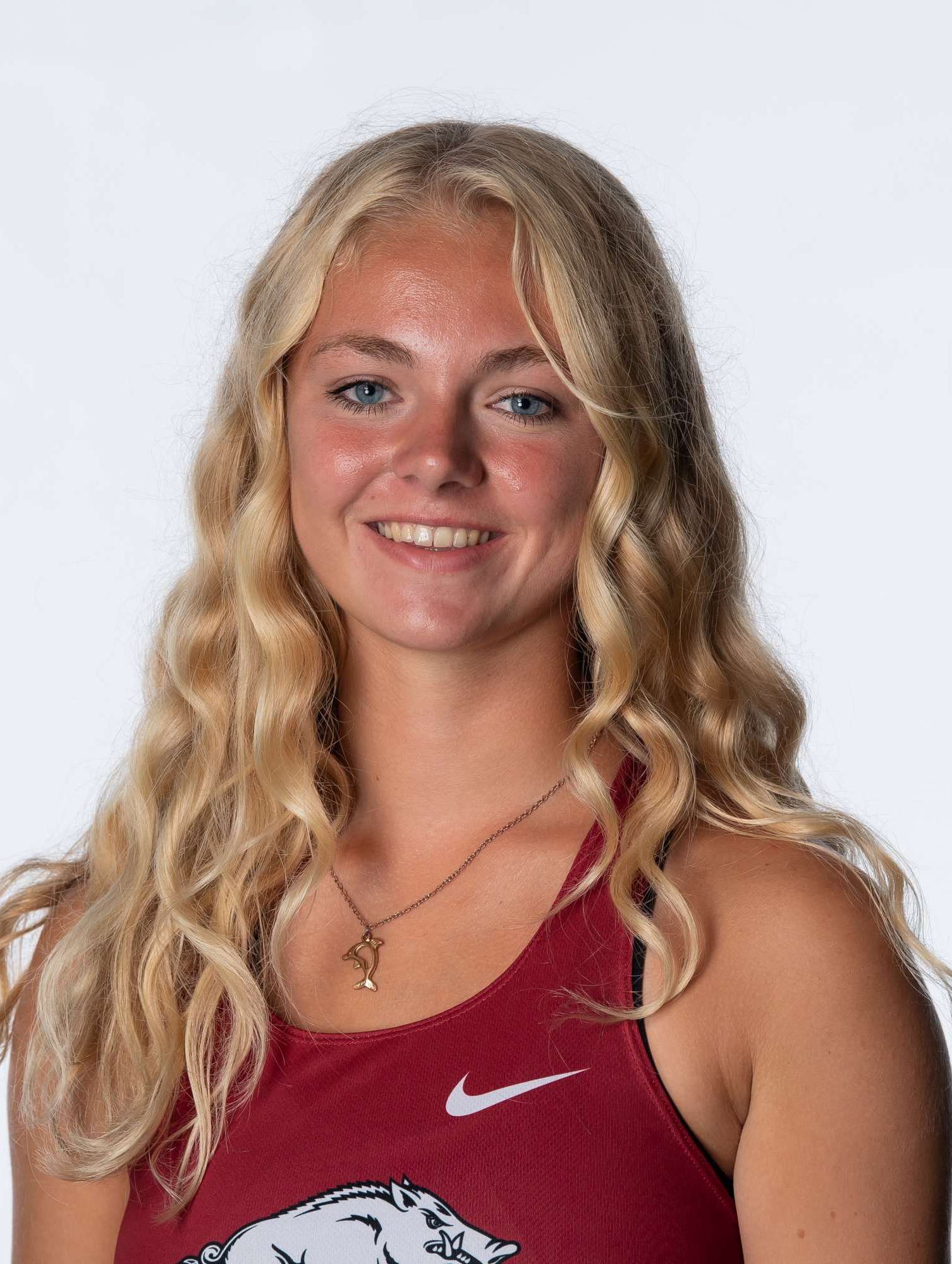 During the shortened 2019-20 season, Laura had a very successful run on the singles court for the Razorbacks. Laura played majority of her matches at the No.6 position for the Hogs but stepped up on two occasions to play at the No.5 spot. Laura went undefeated playing at No.5 and finished the season with a total singles record of 6-3. She is tied for the most singles win during this spring season. Laura had wins over Memphis, Arizona, WSU, No.45 Virginia Tech, Missouri State and No.24 Ole Miss. Laura finished the spring on a 3 match win streak before play was cancelled for the remainder of the semester. On the doubles Court, Laura was mainly partnered with fellow sophomore Thea Rice at the No.3 spot. The duo racked up wins over Arizona, No.16 Oklahoma, Wichita State UNLV and No.45 Virginia Tech. The season was cancelled on March 12th by the SEC and NCAA due to concerns over the COVID-19 virus. Laura was one of three Hogs to make an appearance on the Champions list during the spring semester with a perfect 4.0 GPA.

During her Freshman campaign, Laura opened up nonconference play with a 4 match win streak before it was snapped in an epic three set match vs Marina Guinart from No.9 nationally ranked Oklahoma State. Laura spent majority of her matches split between the No.3 and No.4 singles spots for the Razorbacks and racked up 6 wins on the singles court for the Hogs. On the doubles court, Laura spent time with a few partners but gained the most success playing alongside Jackie Carr at the No.3 position. Together the duo defeated the No.39 Nationally ranked doubles combo of Maria Toran Ribas and Malkia Ngounoue 6-3 from the No.8 nationally ranked program, Kansas. Laura ended the spring with 6 wins on the doubles court and had conference wins over No.25 Kentucky and Missouri. While partnered with Jackie Carr, the duo earned a ITA National doubles ranking of No.79.

A native of the Netherlands, Laura is daughter to Lianne and John Rijkers. Both her parents and younger brother Niek reside in Veldhoven, Netherlands. Laura placed a large emphasis in her academics form an early age. She earned a Cambridge proficiency certificate in English (CPE) in high school and maintained a 4.0 GPA throughout high school and college. Laura is majoring in Business Information System and is a part of the SAAB (Student Athletes Across Borders) committee at Arkansas. Besides from tennis and her academics, Laura likes to spend her free time drawing and watching Game of Thrones or Vikings.