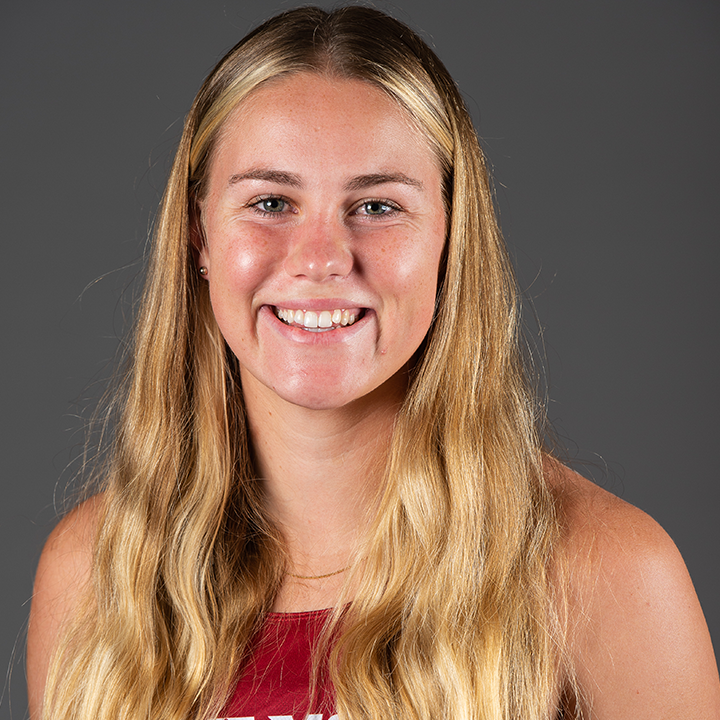 Lauren Alter and doubles partner Tatum Rice featured at No.11 in the National ITA pre-season rankings. The duo went on to have a very successful Fall season on the doubles court and represented the Hogs at the prestigious ITA All-American National championships in Tulsa, OK. The duo also qualified for a berth at the ITA National Fall championships in Newport Beach, CA in which they dominated through to the Elite 8. Throughout the shortened 2019-20 season, Alter played singles primarily at the No.4 position for the Razorbacks. She picked up singles wins over Memphis, UNLV and SEC foe, Mizzou to help seal the team victories for the Hogs in all three of those matches. On the doubles court, Alter and Rice continued to shine and finished the season with a National Doubles ranking of No.34. The duo racked up a 7-4 record at the No.1 spot for the Hogs and snagged a huge 6-4 win over the No.1 singles player in the country, Ashley Lahey, and her doubles partner Jessica Failla from No.6 ranked Pepperdine. The season was cancelled on March 12th by the SEC and NCAA due to concerns over the COVID-19 virus. Alter finished up the 2019-20 academic year very strong and was 1 of 2 Hogs on the roster to make the AD’s List. Alter was also named to the 2020 All-SEC Academic Honor Roll.

Lauren Alter opened up non-conference play with a 4 match win streak on the singles court, including a win at the No.1 spot vs Ariel Zena Graves from UAPB. Lauren competed primarily at the No.3 spot in the single lineup and amassed a total singles record of 10-14 for the season. Lauren was paired with several razorbacks throughout the season and compiled a total doubles record of 10-11 playing at the No.1 and No.2 spots after finally finding a consistent partnership with Tatum Rice to finish out the season. The duo excelled at the No.1 position for the Razorbacks and together Defeated Katarina Jokic and Lourdes Carle from the No.1 nationally ranked Georgia. Alter and Rice breezed past UGA’s No.1 doubles tandem 6-1 to seal the win. Lauren and Tatum capped off the season with a hot 5 match win streak at the No.1 Doubles spot as the team fell in the second round of the SEC Championships. Alter excelled in the classroom and was named to the 2019 ITA All-Academic Team

Lauren Transferred to Arkansas after playing two seasons for the Houston Cougars. Lauren went 20-7 overall in singles play as a sophomore, playing exclusively at the No. 3 position. She also went 17-8 in doubles play, with an impressive 14-4 record with partner Allison Mills at the No. 2 spot. During her freshman campaign, she compiled a 9-9 overall singles record during the 2016-17 season. She won three consecutive singles matches from March 7th-18th including a pair of wins over conference opponents UConn and Memphis. As a freshman she played primarily at the No. 4 singles position where she posted a 6-4 record. Lauren teamed with Sveva Mazzari throughout the majority of doubles play, and the duo led the squad with 10 wins including a 6-3 record while playing at the No. 3 position.

Prior to her college campaign, Lauren had a very successful junior career and was crowned the U18 New Zealand National singles and Doubles champion in 2016.

Lauren is a New Zealand native and grew up in the city of Auckland. Daughter to Deanne and Bevan Alter, Lauren has one younger sister, Paige, who plays tennis for Sacramento State University. Lauren has a pet dog called Hank who lives with her here in Fayetteville. Besides tennis and her studies, Lauren enjoys painting and baking and hanging out with her dog. Lauren is majoring is Business Management and earned an internship with Nike through the summer of 2020, she is on track to graduate from Arkansas in December of 2020.