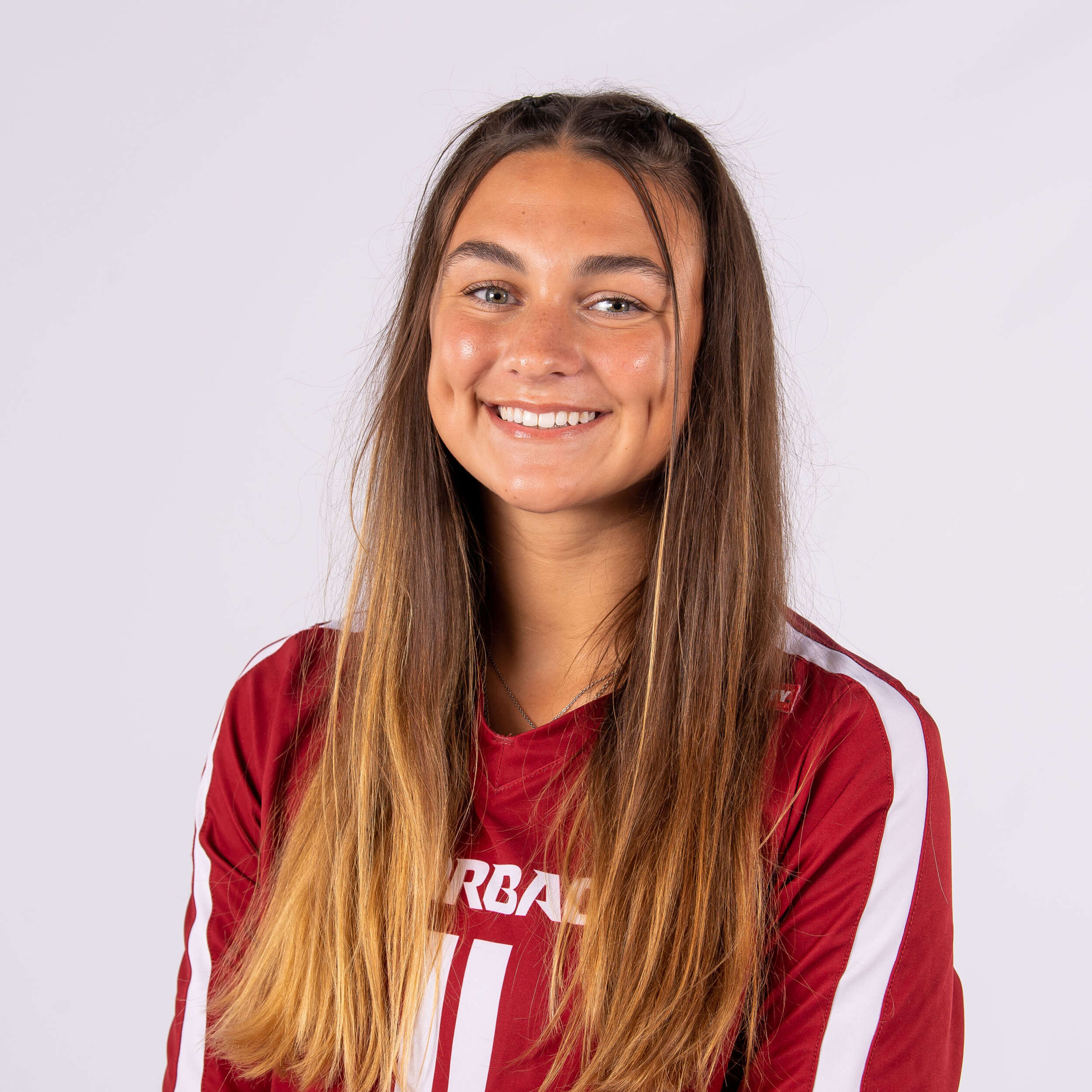 2021 | Junior
Started in all but one match for the Hogs… led the team in service aces per set with 0.39, good for third in the SEC and eighth in program history for a single season… her 43 total aces come in ninth in program history for most in a single season… tallied the most aces for Arkansas in 10 matches on the season and matched her new personal high of four three times… set a new career season high in kills with 273… notched a .209 hitting percentage on the season and a new match high of .529 at Ole Miss (Oct. 6)… tallied 300 digs, a new best, and led the Hogs in digs in six matches… recorded a match high in digs with 19 against Utah State (Sept. 3), which was also a double-double performance with 13 kills… registered eight double-doubles on the year… had new career high in total blocks with 55 and a career match high of five in two matches.

2019 | Freshman
Appeared in 103 sets as a six-rotation player and started in 19 of 30 matches… recorded 246 kills for 2.39 kills per set…. Was second on the team in attacks (747), kills and service aces (26)… Led the Razorbacks with 10 solo blocks – all tallied against SEC opponents, had two multiple solo block performances against Ole Miss (Nov. 22) and Mississippi State (Oct. 20)… Tallied 12 matches with double-digit kills and recorded a season high 20 kills against NC State (Sept. 20)… Finished with five double-doubles and led the Hogs in kills three matches, aces in ten matches and digs in five matches.

Personal
Born Margaret Wolf Cartwright in October of 2000, she is the daughter of Katie Cartwright and has three siblings: Kathryn, Michael and Matthew. Maggie plans on majoring in biology to be a nurse practitioner after college. She chose Arkansas because she like the coaching staff…. when she’s not playing volleyball she enjoys painting… besides playing volleyball in high school, she also lettered in basketball and track.