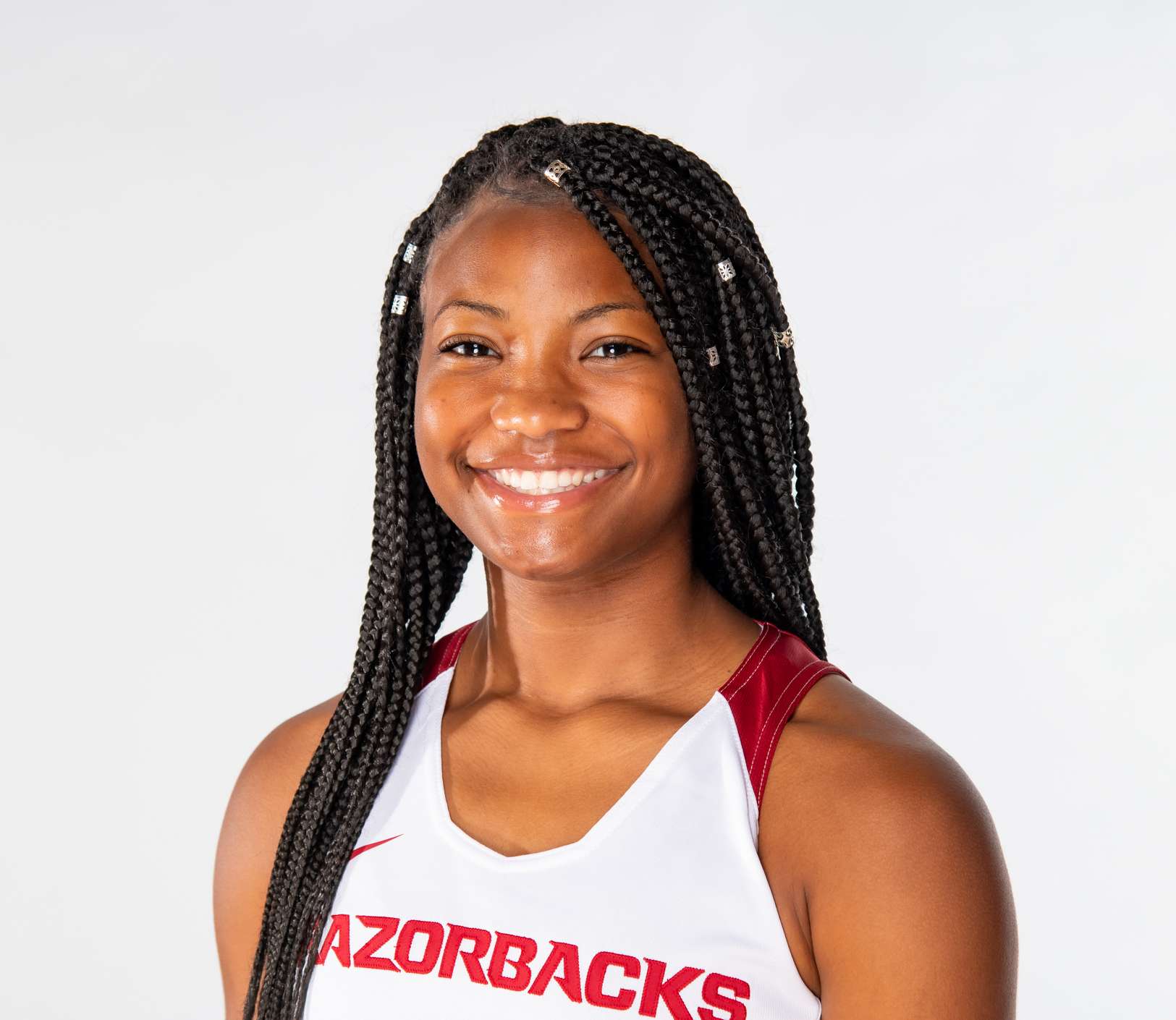 AS A SOPHOMORE (2019-20)
Continued her ascent as a sophomore, starting all 28 games at the lead guard spot for Arkansas … Averaged 11.6 points, 3.0 rebounds, 2.2 assists, 1.5 steals, 28.6 minutes per game … 39.5 FG %, 36.7 3FG %, 80.4 FT % … 19 games scoring in double figures, one game scoring 20+ … Led the team in steals, nabbing 41 of them this season … Had 25 steals in conference only games, sixth-best in the SEC … 14th in the SEC in steals per game … Tallied three or more steals in four games … Dished four or more assists in four games … Held UConn star Christyn Williams to just 16 points in her return to Arkansas … Routinely guarded wings much bigger than her, including Rhyne Howard and Aijha Blackwell … Brought the Hogs back on the road at Auburn, scoring nine straight in the fourth quarter … Scored 16 points against Texas A&M at home … Had a season-high 21 points against Maryland in the Gulf Coast Showcase … Nearly double-doubled in the regular season finale, scoring 15 points and grabbing nine rebounds against Alabama … Scored 11 points in Arkansas’ historic win versus UConn … Went for 11 points on 3-5 shooting in her NCAA Tournament debut.

AS A FRESHMAN (2019-20)
Made an instant impact as a true freshman, starting all 32 games for the Razorbacks … Averaged 9.3 points, 1.7 rebounds, 2.4 assists, 1.4 steals, 22.5 minutes per game … 49.5 FG %, 44.6 3FG %, 77.9 FT % … 12 games in double figures, two games with 20+ … Went for a career-high 27 points against Oral Roberts, shooting 8-11 in that game, including 6-7 from three… That was the most points by an Arkansas freshman since 2014 … Had 21 points in just 25 minutes two games later against Belmont … Nabbed a career-high five steals in Arkansas’ win over Kansas State … Went for 19 points and four steals against Florida  … Played hero in Arkansas’ dramatic win over Texas A&M in the SEC Tournament quarterfinal, leading the team in scoring (13 points) while guarding All SEC guard Chennedy Carter … Averaged 7.9 points, 2.1 rebounds, 2.5 assists, 1.3 steals per game in SEC play… Her four games this season with 4+ steals is the most on the team … Dished four or more assists seven times during her freshman season.

Named Maryland’s Miss Basketball following her senior season at Frederick High School, averaging 21.4 points per game … All-time leading scorer (boy or girl) for the Cadets … Earned Maryland Basketball Coaches Association All-State First-Team honors as a junior … Paced the Cadets to the Class 3A state title as a sophomore and as a junior … Scored 47 points in the championship game as a sophomore … Dropped 29 points and grabbed 10 rebounds in the final game in 2018 … Scout’s Take: “Skilled floor-leader with combo-game … Confident, handles in transition, reads pressure and executes … Reads spacing in half-court game, delivers off the dribble in mid-range game to the arc … Leadership qualities, toughness.” …  Chose Arkansas over Iowa, Iowa State, Texas Tech, Marshall, Delaware, Richmond and Saint Joseph’s.