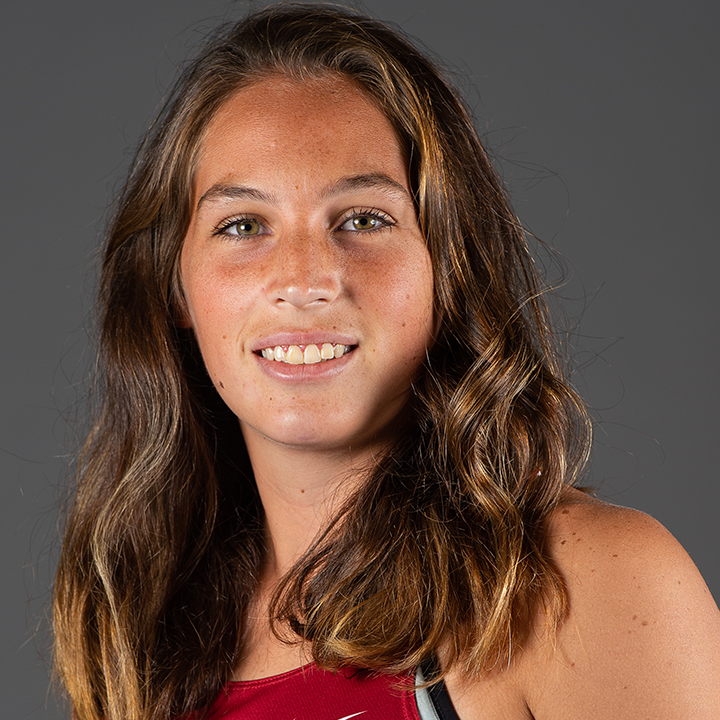 During the shortened 2019-20 season, Martina competed at the No.1 and No.2 singles positions. Throughout the spring she reached a singles ranking of No.112 in the nation and highlighted her singles competition with a huge win over No.53 ranked Sabina Machalova from Ole Miss 6-0 6-4. Martina’s victory was an essential point in the Razorback’s 4-3 defeat over the Rebels. Martina had singles wins over Arizona, Wichita State, and SEC foe’s Ole Miss and Missouri before the season came to a halt. Martina played exclusively at the no.2 doubles spot during the shortened 2020 spring season. She complied a total doubles record of 4-3 for the spring partnered with Jackie Carr. Their doubles campaign was highlighted with a 6-3 win over Iamachkine and Olsen from the No.6 nationally ranked Pepperdine at the ITA Kick off Weekend in Malibu, CA. Martina was awarded All-SEC Second Team honors for her success in the top of the lineup. As well as her success on the court, Martina was awarded the 2020 University of Arkansas service-over-self honor for her contribution to community service throughout the year. Martina also excelled in the classroom and made both the AD’s list and SEC Academic honor roll in the spring of 2020.

Martina opened non-conference play with an incredible six match win streak which included a victory over No.9 OSU’s Bunyawi Thamchaiwat 6-4 6-4 at the no.1 singles spot. Martina’s singles win provided the Razorbacks with one of the four singles points for the Razorbacks which lead to the historic 4-3 upset of Oklahoma State. As the Razorbacks began conference play the Hog’s encountered a close battle with the UF Gators. Zerulo snagged a huge win over the No.12 ITA ranked Ida Jarlskog 6-2 6-3 despite the team falling 4-3. Martina’s next singles win came when she defeated the No.97 singles ranked Macken Middlebrooks in a tight 6-3 4-6 6-3 win over the Mizzou Tiger. Following her wins over UF and Missouri, Martina snuck into the singles rankings at No.115. Martina picked up another ranked singles win when she defeated TAMU’s No.1 singles player No.50 Katya Townsend 1-6 6-4 6-3. Martina also picked up a victory over Ole Miss’ Sabina Machalova 6-4 1-6 6-4 which rose her to No.104 in ITA singles rankings. The following weekend Martina snagged a decisive victory over Tennessee’s No.65 ranked Sadie Hammond of UT 6-0 6-3 which saw Zerulo rise even higher to No.88 in the rankings. Martina finished her final regular season conference match with a defeat over No.113 ranked Jaeda Daniel from Auburn 6-3 6-0. Martina competed primarily at the No.1 spot for the Razorbacks and accumulated an impressive 12-4 record at the top of the lineup. Her total singles record for the spring was 14-8 on the singles court and went 6-5 vs ranked opponents throughout the spring semester. Zerulo finished the Season with a final singles ranking of No.87 and earned Second team All-SEC honors. In the classroom Martina also excelled and was named to the Dean’s List (champions list) for the 2018 Fall semester as well as being listed on the SEC Academic-Honors Roll Spring of 2019.

After arriving on campus in Jan 2018, Martina suited up for the first time as a Razorback when the Hog’s took on No.25 ranked Kansas. Zerulo went on to compete for the Hog’s on three more occasions and highlighted the spring with a victory over Alannah Griffin from Auburn 6-4 6-3 at the No.6 singles position. Martina split her time in the singles lineup competing at the No.5 and No.6 singles positions. Martina also made appearances in the doubles lineup at the No.2 and No.3 positions. She partnered with Agne Cepelyte and Tatum Rice and picked up a big win when partnered with Rice against Jaeda Daniel and Madeline Meredith from Auburn 6-4 at the No.2 spot.

Martina has had a very successful junior tennis career prior to competing for the Razorbacks. She saw incredible success both at the national and international level. Martina is a three time Italian junior National Champion in singles and a two time champion in doubles. In 2015 she won two ITF singles titles and reached a career high junior ITF singles ranking of 227. Martina has also played for the Italian national team for four years.

Martina is a native of Manfredonia, Italy. She is daughter to Vincenzo Zerulo and Rita Castigliego. Martina has two siblings, an older brother, Giovanni, and an older sister, Sonia. Back home in Italy she has two family cats, Zoe and Raffy who live her parents. In her free time, Martina enjoys jumping into a good Netflix show and listening to a wide variety of music, especially Spanish music. Martina is majoring in Communications.