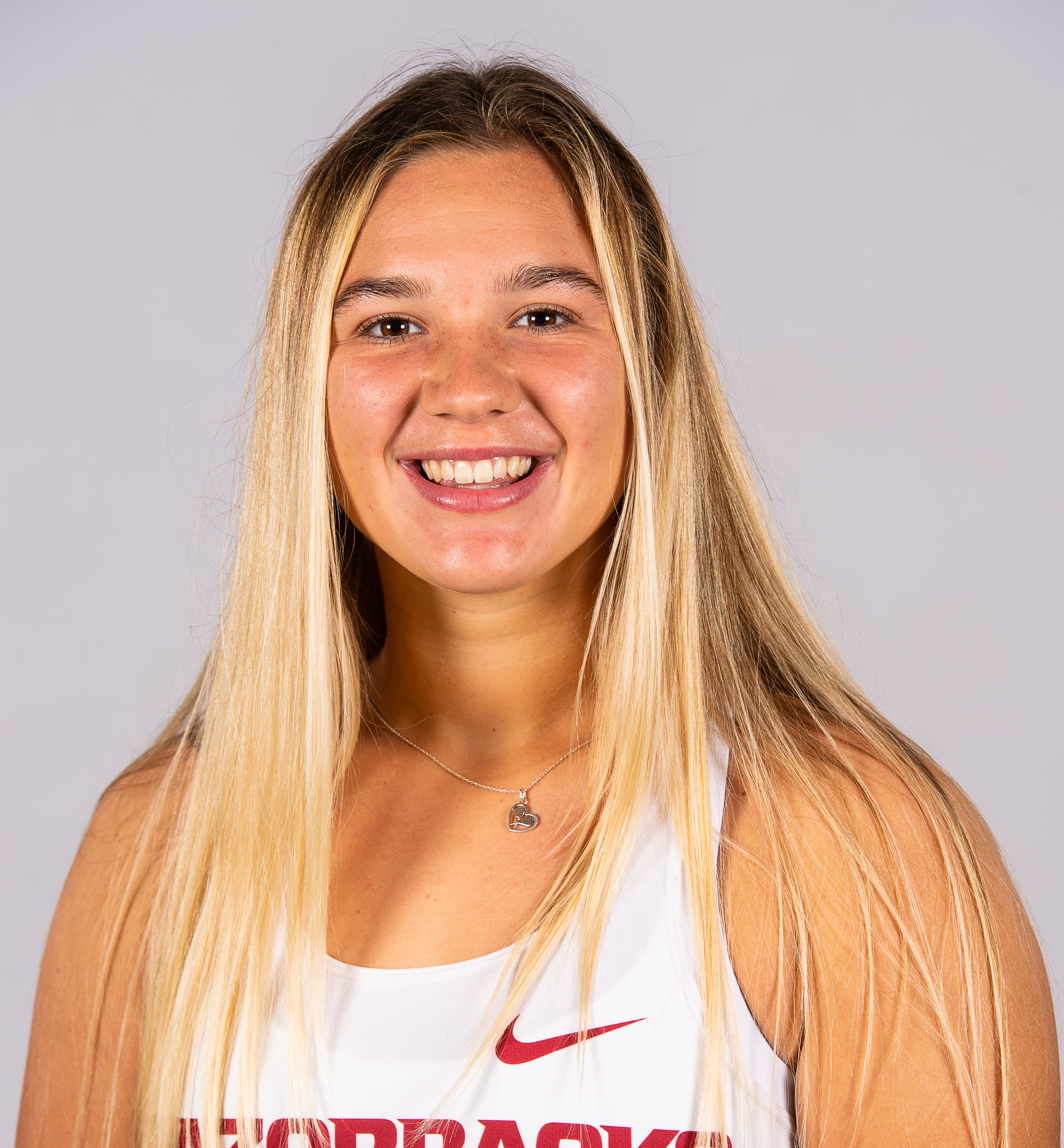 In her junior season, Morgan Cross posted a 10-8 singles record at the No. 5 position and a 13-6 doubles record on court one with partner Tatum Rice, ending the season with a final ITA ranking at 54. In the fall, Cross and Rice competed in the ITA National Fall Championships defeating Stanford’s Madurawe/Yepifanova in the Round of 32 to advance to the Round of 16 where they fell to Old Dominon’s No. 57 Sasnouskaya/Starodubsteva. The duo finished fall competition with a 10-3 record. Cross earned her first SEC Player of the Week honor after clinching the win over No. 36 SMU, the Razorbacks first win over a ranked opponent in the dual season. Cross continued to roll into conference play, winning seven straight matches at the No. 5 position. Cross was a key component to the Razorbacks’ eight conference wins, clinching a win over Ole Miss and helping lead Arkansas to six doubles point wins.

SEC All-Freshman Team… Morgan played exclusively at the No. 4 position for the Razorbacks throughout the dual season. Morgan had a dominant start to begin spring competition, winning seven straight matches and clinching the win over Kansas State to help lead Arkansas to its best start since 2005. Cross ended her season with a 9-3 record at home. In doubles, Morgan found early success with doubles partner Indianna Spink. The duo recorded a 12-5 record, advancing to the quarterfinals of the ITA Central Regional and helping the Razorbacks win the doubles point in the first six matches of the spring season. Morgan and Tatum Rice soon partnered up and won three straight at the No. 1 spot for the Razorbacks. As a duo, they recorded huge wins over Texas A&M’s No. 20, Makarova and Goldsmith and Auburn’s No. 69, Flach and Axon. In the first round of the NCAA Tournament, the duo finished first after coming back from a deficit to win three-straight games over Old Dominion and earn the Razorbacks the doubles point. The duo debuted in the ITA Doubles ranking at No. 72 and ended the season at No. 38 with a 6-2 record.

Morgan is one of the elite tennis players in the U.K. and is ranked inside the top 15 nationally. Cross has represented Wales and Great Britain since the age of 11 and has won multiple championships and medals. In 2018, she participated in The Junior Championships at Wimbledon and made it through to the round of 16. The same year Morgan also clinched the United Kingdom home nations championships. In 2017, Cross represented Great Britain and qualified for the Tennis Europe Winter Cup U16’s girl’s final, won the bronze medal at the youth Commonwealth Games in the Bahamas and secured 11 ITF junior doubles titles between 2017-19.

A native of Wales, U.K., Morgan is daughter to Jan and Jon Cross. She has two older brothers, Jamie and Ben who are twins. The Cross’ also have a cockapoo spaniel called Wilson. Outside of tennis, Morgan enjoys playing golf with her family, watching films and listening to music. Academically, Morgan thrived in high school and completed her core GCSE’s (English and Maths) at the early age of 15. Morgan hopes to major in International Business.