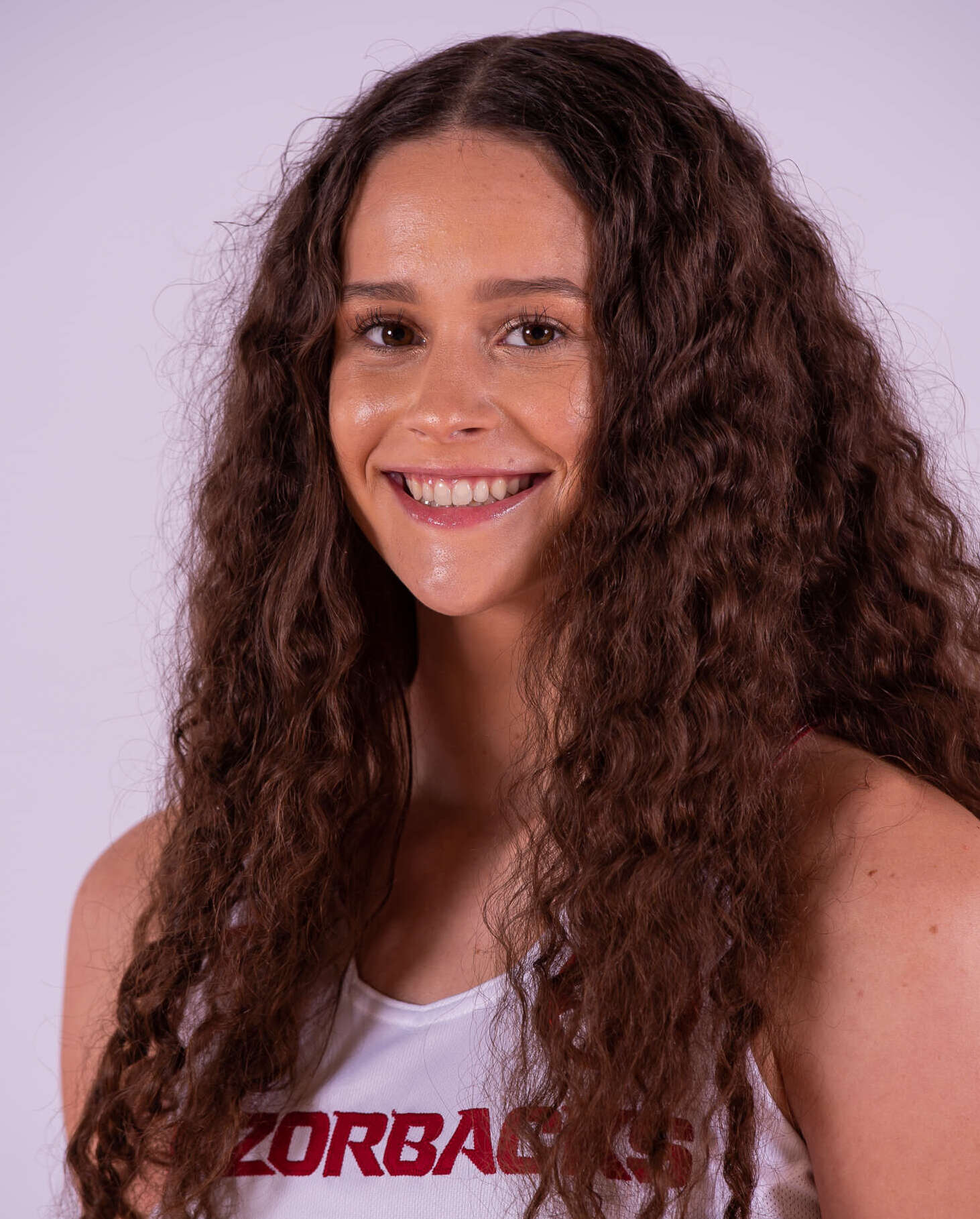 AS A SOPHOMORE (2021-22)
Made an immediate impact in her first season home … The only Hog to start all 32 games … Averaged 11.5 points, 4.8 rebounds, 2.1 blocks, 1.4 assists, 0.7 steals, 29.3 minutes per game … 43.6 FG %, 29.9 3FG %, 60.6 FT % … 21 games in double figures, one game with 20+ … Was a shot blocking machine during her first season on the Hill, rejecting a whopping 66 shots … That mark is the third best mark in program history, trailing only legendary Hog post players Delmonica DeHorney and Lauren Ervin … Her 2.1 BPG average was good for fourth in the SEC, trailing only Tamari Key, Aliyah Boston and Jenna Staiti, all post players … Blocked 3+ shots in 11 games … Helped Arkansas lock up its NCAA Tournament spot, dropping in a season-high 20 points at Mississippi State … Had 11 points and five blocks in Arkansas’ OT win over Mizzou in the SEC Tournament … Hit the decisive three against Jackson State in Arkansas’ 66-62 win … Dropped in 18 in Arkansas’ comeback win at Missouri … Double-doubled against Mississippi State at home, going for 13 points and 12 boards … Helped Arkansas hold off Auburn while missing three starters, scoring 16 points and grabbing five rebounds.

AT OREGON STATE
Started every game during her freshman season … Averaged 11.6 points and 3.6 rebounds per game … Was the Beavers’ third-leading scorer … Dished 34 assists … Shot 36 percent from beyond the three-point arc … Had 19 blocked shots and 15 steals on the defensive side of the ball … Had two 20+ point games … Notched her first-career double-double against Utah … As a result of those numbers, Goforth earned Pac-12 All-Freshman honors following the 2020-21 season.

AT FAYETTEVILLE HS
A highly touted high school recruit, who played her high school ball at Fayetteville High School under Vic Rimmer and her club ball for Nate Sadler, Lee Shannon and Brian Morgan with the Arkansas Banshees … Rated as the No. 7 player in the nation according to Blue Star Basketball at the time of her signing …  ESPN’s No. 21 overall player in the class of 2020 … Three-time All-Arkansas honoree and was the Arkansas Gatorade Player of the Year in 2019 … McDonald’s All-American and Jordan Brand Classic Invitee … One of six girls in the nation to earn an invite to the exclusive boys Under Armour SC30 Select Camp.