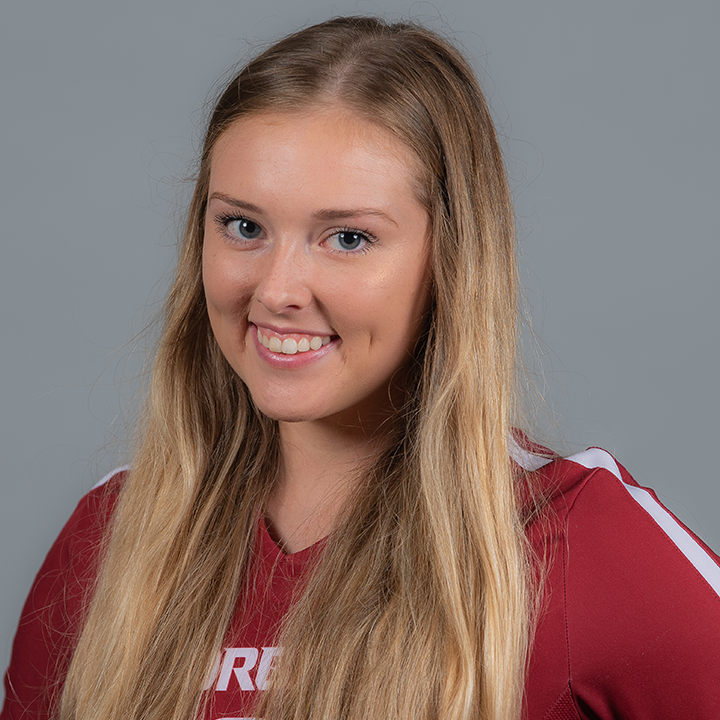 2019 | Junior
Started in 22 total matches, 17 straight to close out the season, appeared in 91 total sets… second on the team in digs per set (2.46), which increased to 2.75 digs per set in SEC play… recorded a season-high 22 digs against South Carolina (Oct. 13) which was one of two 20+ dig performances (Nov. 22 vs Ole Miss)… finished with 10 matches with ten or more digs… earned a season-high eight assists vs Ole Miss (Nov. 22) and registered six service aces over the course of the season.

Prior to Arkansas
Downing comes to Arkansas as a two-year letter winner from Iowa Western Junior College. She played in all 84 matches during her time with the Reivers and recorded 550 career digs to average 1.98 digs/set. Second on the team in digs last season, the Carthage, Mo., native averaged 2.15 digs/set in her sophomore season. Downing picked up a career-high 20 digs against Missouri State West Plains in October, recording double-digit digs in 13 matches. She was also named the 2019 Iowa Western Junior College Academic Female Athlete of the Year.

Prep
Three-year volleyball letterman, Downing helped her team win a district tittle for the first time in 33 years. Led the team in aces all four years, set a district record with 19 serves in a row (13 of those being aces) in one set. Received Tiger Pride Award (two years), Defensive Player of the Year, All-District, All-Region and All-Conference First Team honors.