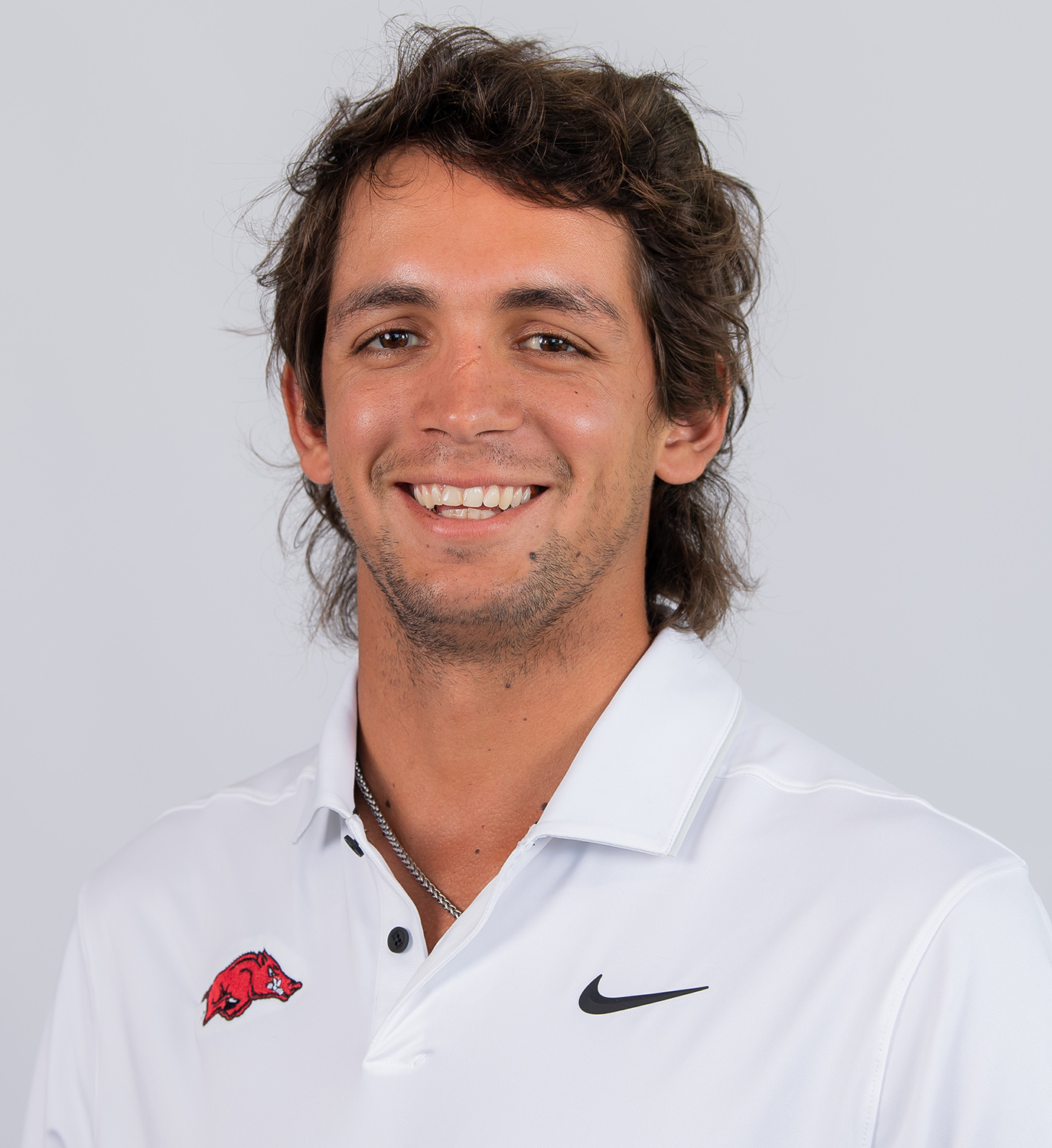 Junior (2020-21 at Arkansas)
» SEC Champion
» First Team All-SEC
Was the 2021 SEC Champion and was named first team All-SEC … Helped the Razorbacks finish runner-up at the SEC Championship as he was a dominant 3-0 in match play, winning 4&2, 4&2, 4&3 … In winning the SEC title, his opening-round 64 was the best by a Razorback to open the championship, tied the school record for the lowest round ever at the championship and tied for the third-best, opening-round in SEC history … His 54-hole total of 204 (66-72-68) was the second-best score in school history at the SEC Championship and additionally ties for 8th on the school’s all-time list … His 6-under-par finish was third-best in relation to par by a Razorback at the SEC Championship … Helped the Razorbacks finish runner-up at the NCAA Kingston Springs Regional by firing 71-73 over the final two rounds … Opened the season with a tie for eighth at the Blessings Collegiate Invitational … Posted a 1-under=par 215 (70-72-73) and carded 16 birdies … Followed that with a 16-birdie outing at the Vanderbilt Legends Collegiate to card a 4-under-par score of 209 (68-69-72) to tie for 27th … Had back-to-back rounds of 69 a the Gators Invitational and finished with a 1-over=par 211.

Sophomore (2019-20 at UNCW)
» GCAA/PING All-East Region
» CAA Commissioner’s Spring Academic Honor Roll
Earned GCAA Ping All-Region honors … Finished season ranked 61st nationally by Golfweek.com and 115 by Golfstat … Set school records with 69.71 stroke average for the season and a 71.42 average for his career … Competed in seven events, winning twice … Captured the Golfweek Program Challenge (65-66-61=192) and the Bash at the Beach (65-73-67=205) and earned CAA Golfer of the Week on both occasions … Also finished tied for second at the Bank of Tennessee Intercollegiate (66-72-65=203) … 14 of his 21 rounds for the year were par-or-better … Set program records for lowest single round (61, third round, Golfweek Program Challenge), single round versus par (-9, third round, Golfweek Program Challenge) as well as tournament records include lowest 54-hole scoring (192, Golfweek Program Challenge) and 54-hole versus par (-18, Golfweek Program Challenge) … In just two years, ranked third all-time at UNCW with three tournament wins … Finished eighth (74-72-76-69=290) at Latin America Amateur Championships in Playa Del Carmen (El Camaleon Mayakoba Golf Course) … INDIVIDUAL: Earned an exemption to the 2020 U.S. Amateur Championship based on his WAGR … Tied for 36th after stroke play but reached the Match Play Rd of 16, falling 1-up on the final hole.

Junior Golf:
Reached the round of 32 at the U.S Junior in 2018 … Finished second at Optimist International … Competed for Junior National team of Argentina … Finished 19th at 2018 Dogwood Invitational … Added fifth-place showing at the Argentina Final … Won Open of the Center of Argentina … Two-time national champion in club championship … Also played soccer in high school for Academia Arguello.