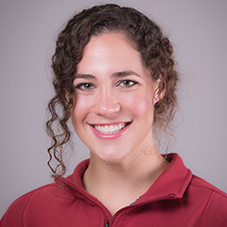 White entered the Razorback program and made an immediate impact as a top performer in sprint freestyle events… White posted 13 top-five finishes, including nine in the top three… Started off her collegiate career at Auburn and won the 200 IM against the top-five Tigers with a time of 2:03.27… Clocked her best performance of the year against Penn State and Navy when she won the 200 IM in 2:02.02, was second in the 100 freestyle in 51.27, and third in the 50 freestyle with a time of 23.51… White’s performance against Penn State and Navy earned her the SEC Freshman of the Week Award… The freshman had her best times of the year in the 50 and 100 freestyle at the SEC Championships, where she clocked 23.16 and 49.89, respectively. The blazing time of 49.89 in the 100 freestyle was the second-fastest in school history… Recorded her fastest 200 IM time of the year at the SEC Championships, a 2:00.91 which was an NCAA ‘B’ Cut time… Swam the 100 breaststroke at four different meets, with her top time coming at the Tennessee Invitational in 1:03.21… White’s sprint freestyle prowess also made her a valuable relay contributor. She anchored the 200 medley relay team at the SEC Championships which clocked 1:42.18, the fourth-best time in school history… Was also on the 400 medley relay teams that finished in 3:42.00 at the SEC Championships and 3:42.67 at the Tennessee Invitational for the second- and fourth-fastest times in the Razorback record books… White set the school long course record in the 50 freestyle with a time of 26.23 at the Tennessee Invitational, earning qualification for the 2012 U.S. Olympic Trials.

White was born April 21, 1993, in Lynchburg, Va. to Jay and Teresa White… Has one older sister Jaime, one younger sister Callie, and one younger brother, Ean… Plans to study kinesiology