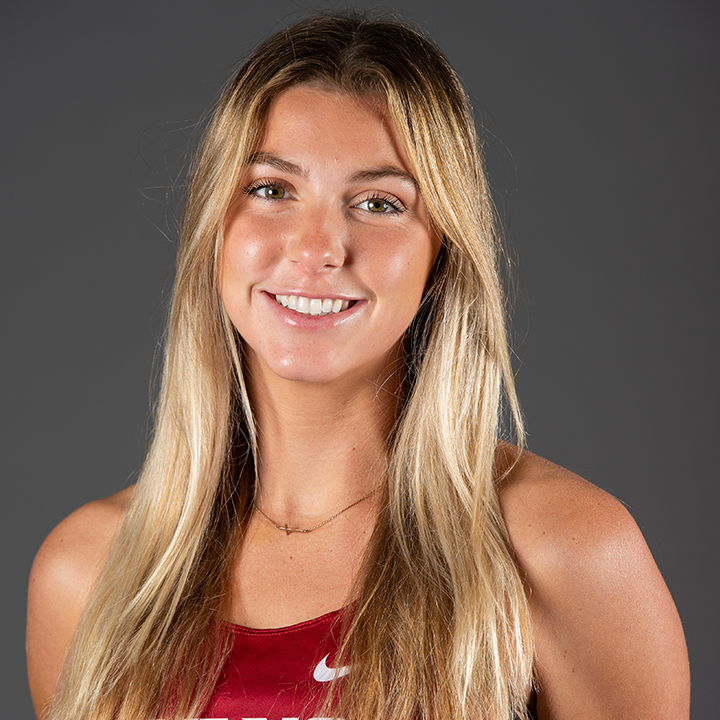 Tatum and doubles partner Lauren Alter featured at No.11 in the National ITA pre-season rankings. The duo went on to have a very successful Fall season on the doubles court and represented the Hogs at the prestigious ITA All-American National championships in Tulsa, OK. The duo also qualified for a berth at the ITA National Fall championships in Newport Beach, CA in which they dominated through to the Elite 8. Throughout the shortened 2019-20 season, Tatum played singles at the No.1 and No.2 spots for the Razorbacks. She picked up singles wins over UNLV, Missouri State and SEC foe, Ole Miss. Tatum help seal the team victories for the Hogs in all three of those matches and was the clinching match against No.24 Ole Miss when she defeated Tereza Janatova 3-6, 7-5, 6-4. On the doubles court, Rice and Alter continued to shine and finished the season with a National Doubles ranking of No.34. The duo racked up a 7-4 record at the No.1 spot for the Hogs and snagged a huge 6-4 win over the No.1 singles player in the country, Ashley Lahey, and her doubles partner Jessica Failla from No.6 ranked Pepperdine. The season was cancelled on March 12th by the SEC and NCAA due to concerns over the COVID-19 virus.

Rice began the spring season with a six match win streak on the singles court playing at both the No.1 and No.2 spot. Tatum played a key role in the Razorback’s historic win over No.9 nationally ranked Oklahoma State when she defeated Katarina Stresnakova 6-2 6-3 to claim a point in the epic 4-3 upset. On Feb 9th Tatum entered the singles rankings at No.78 and continued to show the highest caliber tennis throughout conference play when she defeated No.43 ranked McCartney Kessler from Florida 6-2 6-2 in the teams nail biting 4-3 loss to the Gators. Tatum played at the No.2 singles spot throughout conference play and went 6-5 on the singles court with wins over Florida, Missouri, Texas A&M, Mississippi State, Alabama and Auburn. Tatum finished the season ranked No.89 in the ITA Singles rankings and compiled a total singles record of 14-7. On the doubles court, Tatum played exclusively at the No.1 spot and partnered with Martina Zerulo and Lauren Alter throughout the spring and ended the season with a doubles record of 13-9. Partnered with Zerulo, the duo defeated No.50 ranked Akvile Parazinskite and Justina Mikulskyte 6-2 from No.25 ranked Kentucky. Rice ended the season partnering with Lauren Alter and finished conference play with a four match win streak.

Prior to Arkansas
A blue chip recruit who was ranked as the state’s top prospect and the No. 28 overall player in the nation by TennisRecruiting.net … Only the second blue chip recruit from the state of Arkansas by the recruiting service since its inception in 2003 … Won the 2016 Arkansas Class 5A doubles title in October after claiming overall and 5A singles championships last year and finishing runner-up in the state overall tournament as a sophomore in 2014 … Won singles and doubles titles at the 2016 Southern Closed 18-and-under Championships in June in Mobile, Alabama, making her the first Razorback signee to accomplish that feat.

Personal
Daughter of Paul and Tracy Webb Rice … Tracy is a member of the University of Arkansas Sports Hall of Honor and the Arkansas Sports Hall of Fame … Tracy, originally from Batesville, was the starting point guard for Arkansas from 1983-1987 … Tracy led the Lady Razorbacks to four consecutive 20-victory seasons, including her junior season in 1986 when Arkansas made its first trip to the NCAA Tournament … Younger sister, Thea, also plays tennis for Arkansas … Tatum’s grandfather, Brooks Rice, is a member of the Arkansas Track and Field Hall of Fame.