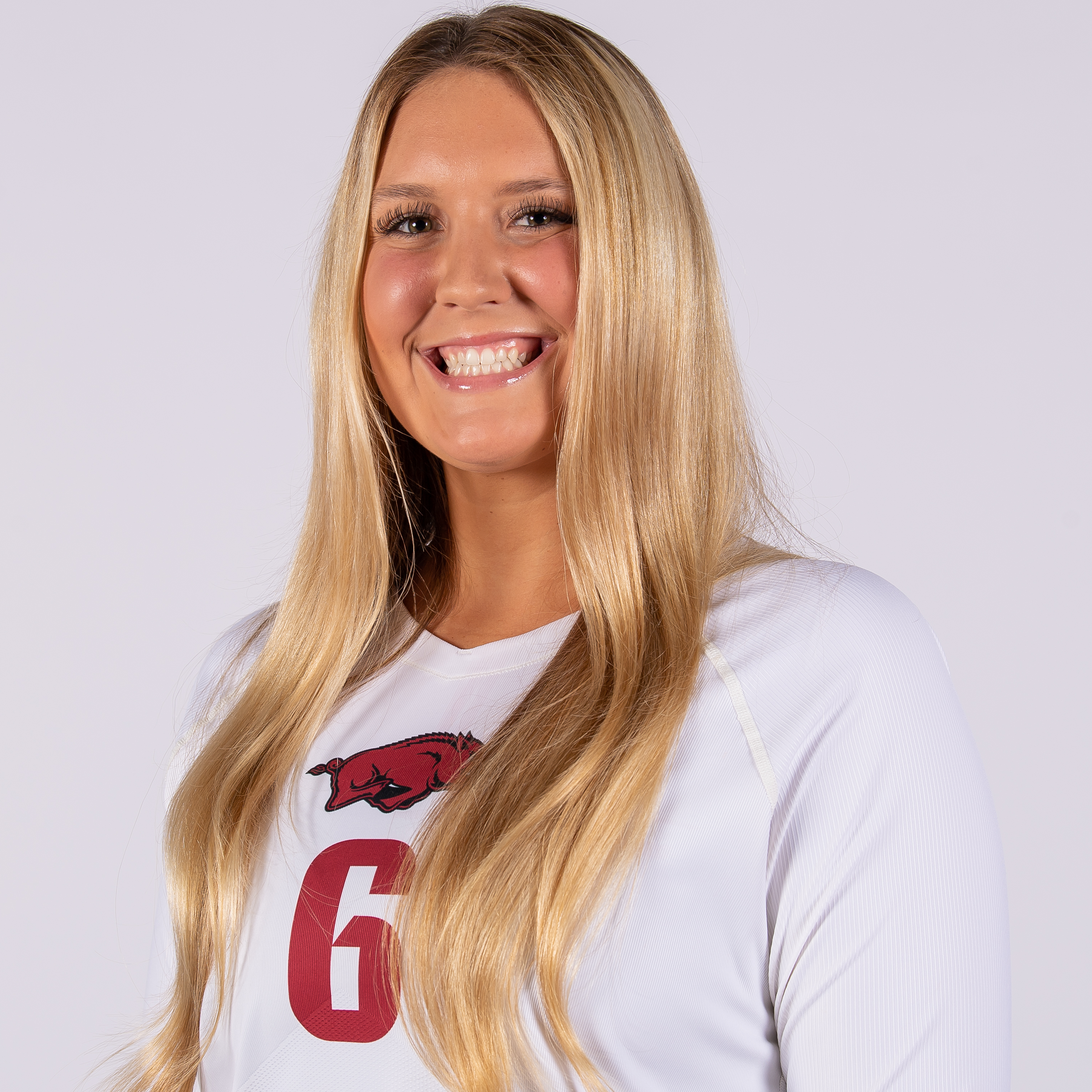 2022 | Graduate
One of just four Arkansas players so far to start each match and play every set… Has recorded at least two blocks in every match and more than five in six matches… Has been Arkansas’ blocks leader in six matches… Helped lead Arkansas’ defense to double-digit blocks in five matches, including back-to-back with a season high 13 total… Set an Arkansas high of seven total blocks on Sept. 21 at LSU… Has contributed at least one kill in every match and has a season-high five kills in four matches

Before Arkansas
Spent her first four seasons at Auburn… Played her first collegiate season as a middle in 2021 and was one of the SEC’s best defensive players… Started every match in 2021 and ranked top in the conference for total blocks (142) and blocks per set (1.42), which also came in at 21st and sixth in the country… Set Auburn single season scoring era records for blocks and blocks per set along with block assists (120)… Also recorded 113 kills, fourth-best on the team