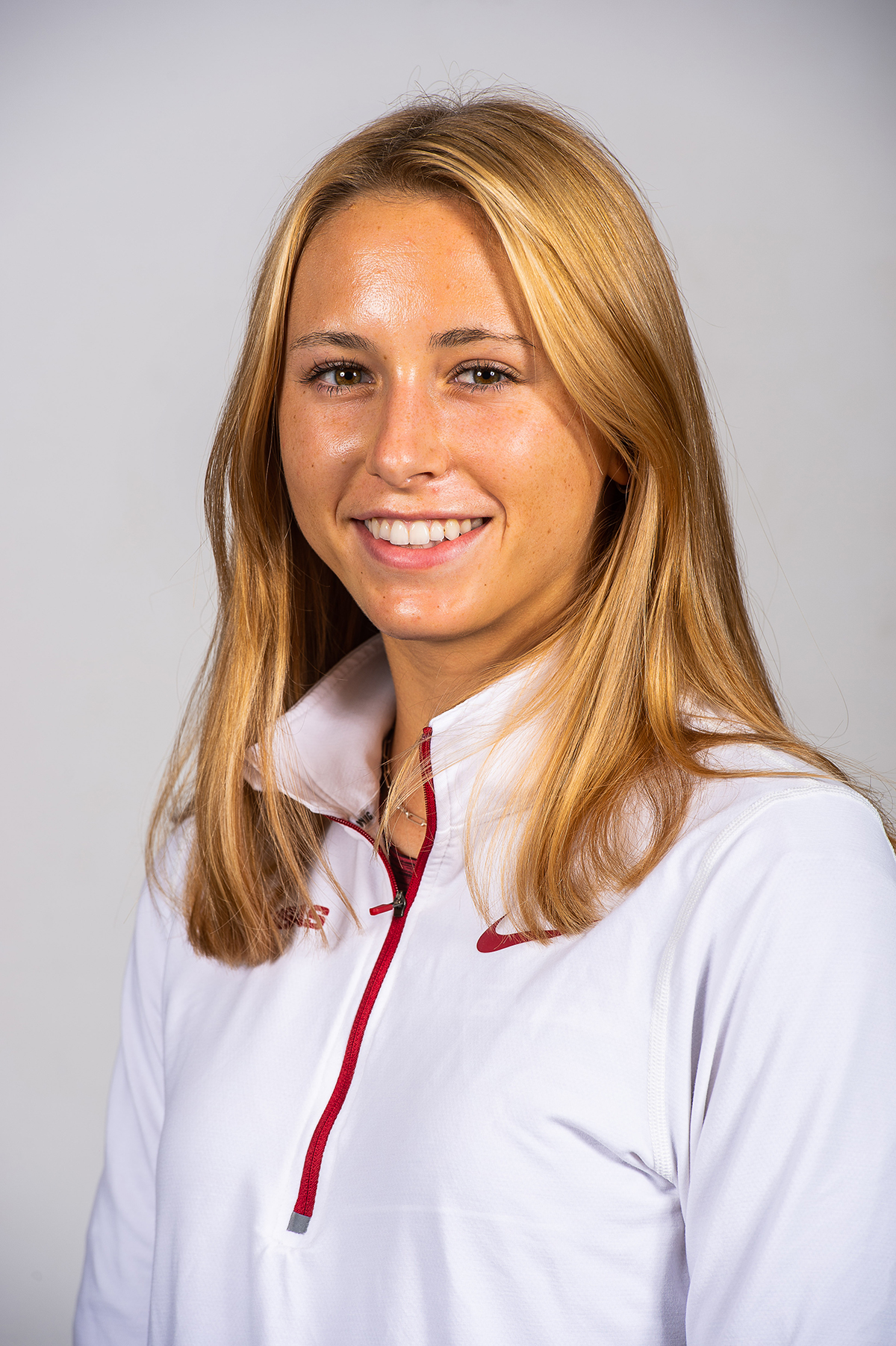 Cross Country: Competed in three meets during season … Placed 11th at Mizzou Opener, posting time of 17:29.5 on 5k course … Finished fourth at Missouri Southern Stampede with a 17:06.0 on 5k course … Running in Oregon’s Dellinger Invitational, placed 34th with a 20:47.0 over 6k distance.

Freshman (2020-21)
Olympic Trials: Placed sixth in the 20km racewalk, held in Springfield, Oregon, posting a time of 1:43:41 … Started well in the 2020 Olympic Trials racewalk contested on June 26, 2021, holding the runner-up position through 7km and then in third place through 14km … Top collegiate finisher of the three who were among the field of 15.

Cross Country: Named 2020 SEC Cross Country Freshman of the Year on voting by league coaches … Becomes the 11th Razorback to earn the award since 2001 and an Arkansas runner has claimed the honor four of the past five years … Two previous recipients of the award were teammates with Ewert on the 2020 team – Lauren Gregory (2017) and Abby Gray (2016) … Top freshman finisher in SEC Championships, earning second team All-SEC and Freshman All-SEC honors, in placing 10th overall and covered the 6,000m course in 20:21.6 at Baton Rouge … Fourth finisher among Razorbacks as Arkansas scored 41 points to win the SEC team title off a 4-7-9-10-11 finish …

Won 5k race at SEC Preview in Baton Rouge, La., in her debut race with the Razorbacks and set a course record with a personal best time of 16:53.7 … Earned SEC Co-Runner of the Week honors from her victory as Arkansas posted a perfect score of 15 points for the team win … Bettered her high school best time of 16:57.9 in first collegiate race … In debut race at 6,000m, posted a time of 20:15.1 to place fourth in the Gans Creek Classic hosted by Missouri, finishing third among Razorbacks as Arkansas won team title with 20 points … Selected as SEC Freshman of the Week for her performance … Fourth Razorback during UAB Blazer Classic, placing 10th in field with a 20:31.5 on 6k course, as Arkansas won third team title of season.

Competes in racewalk with Southwest Ohio Track Club, coached by her mother Teri … Qualified for 2020 Olympic Trials in 20km racewalk after setting American U20 and national high school record of 1:38:55 at 2019 USATF U20 Race Walk Championships … Member of Team USA during Pan Am Juniors in Trujillo, Peru (2017) and San Jose, Costa Rica (2019), as well as 2018 World U20 Championships in Tampere, Finland … Placed 10th in 10km racewalk in 2018 World U20 Championships with a time of 45:57.81, which ranked No. 1 on the U18 world list for that season … In 2019 earned special recognition on Track & Field News All-America team … Holds seven national high school records and seven American U20 records in racewalk, ranging in distances from 1,500m to 20km.

Personal
Taylor Margaret Ewert was born November 21, 2001 in Lancaster, California … Hometown is Beavercreek, Ohio … Parents are Brian and Teri Ewert, who competed in cross country, track and field at Syracuse … Has two brothers, Ben and Connor … Majoring in Geology … Career plans include running or racewalking as a professional athlete … Ambition is to become the best in her sport or occupation … Favorite athlete is Deena Kastor, distance runner and Arkansas alum, while the person she most admires is her mom … Loves art, spending free time drawing or painting, also enjoys hiking, gardening and other outdoor activities … Chose Arkansas for the coaching staff, team environment and history of the program.