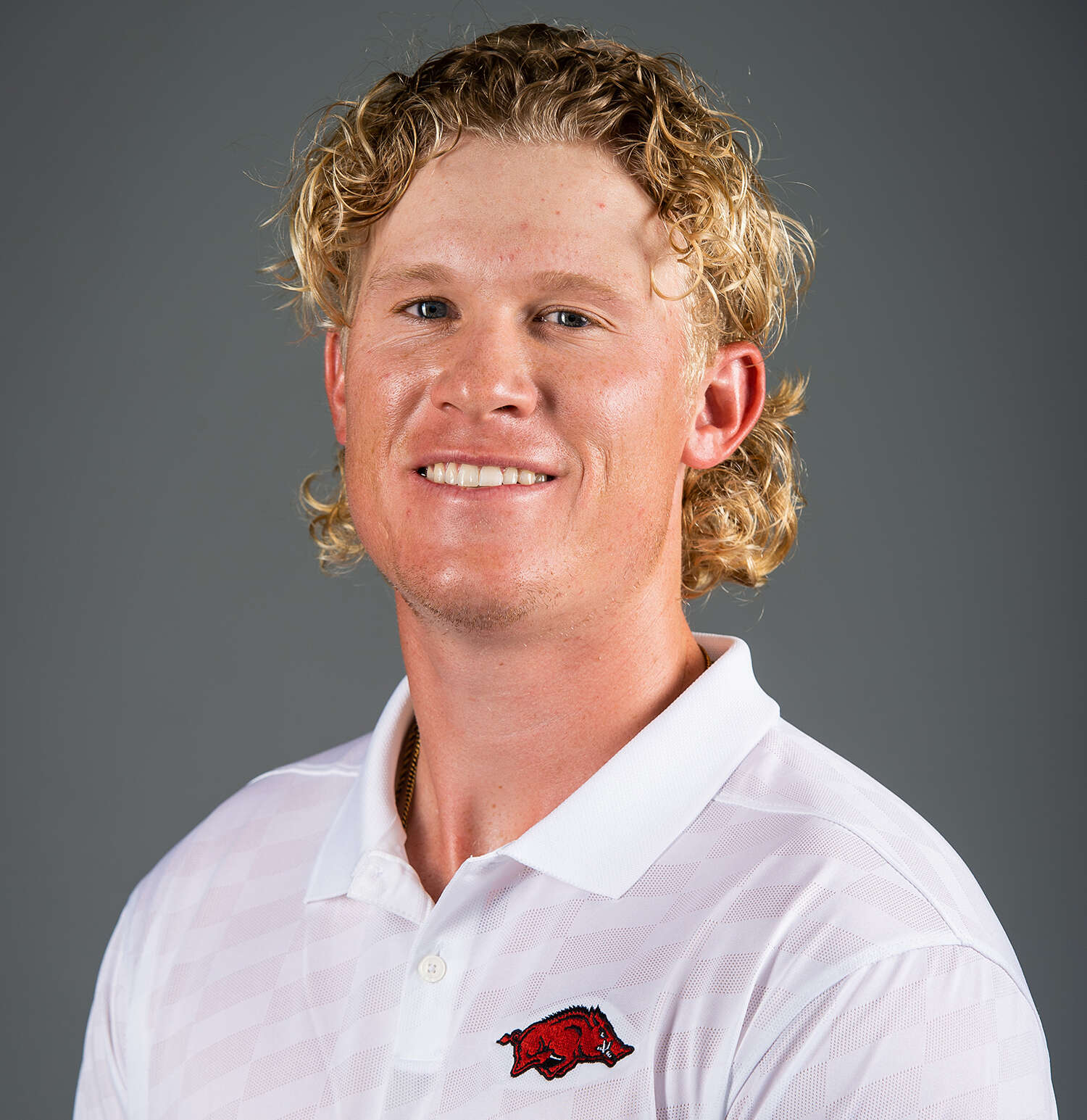 – Graduated in the spring of 2020 with a degree in human resource management … Was granted an extra year of eligibility by the NCAA due to the COVID-19 pandemic that cut the 2019-20 season short.

As a Junior (2018-19)
» SEC Spring Academic Honor Roll
One of three Razorbacks to be part of starting five in all 13 events … Finished the season with a 72.71 stroke average … Tied for the team lead with five eagles while turning in a team-best 460 pars … Closed the regular season in impressive fashion, finishing third at Augusta and winning his first collegiate event – the Husker Invitational … At Augusta had rounds of 64-70-73 for a career-best 9-under 207 … The opening-round 64 ties for third on the school’s all-time list trailing a pair of 63’s … Followed that by shooting 71-69 to win at Nebraska. helping the Razorbacks win the team title as well … Went 2-1 in the SEC match play to help the Razorbacks win the conference title … Won in 19 holes in the quarterfinal and won 2-up over #82 Trace Crowe (Auburn) to secure the team’s second point … Summer 2019: Earned an invitation to the U.S. Amateur after posting rounds of 68-68 to finish second at the USGA Qualifying tournament, held at The Territory in Duncan, Okla.

As a Sophomore (2017-18)
Transferred to Arkansas in January 2018 from Oklahoma State … Played in 10 tournaments for the season – one as an individual at Oklahoma State in the fall and nine with Arkansas in the spring … All nine spring events were with the team and he shot the low round twice, including a career-low 67 in the second round of the NCAA Championship … Overall, carded nine rounds of par or better with 81 birdies and 308 pars … Recorded his best finish, T-6th at the Southern Intercollegiate with an even-par score of 74-70=144 … Had rounds of 76-72-71 for a 3-over par 219 at the NCAA Norman Regional … In his one fall event, played as an individual at the Inverness Intercollegiate and tied for ninth with rounds of 70 and 69 for a 36-hole total of 3-under par 139.

As a Redshirt Freshman at Oklahoma State (2016-17)
Played in four tournaments, all as an individual … Recorded three top 10 finishes as he tied for sixth at the Broncho Invitational and The Maxwell while placing seventh at the Hoosier Invitational … Posted a 73.3 stroke average in nine rounds and a season-best round of 3-under 68 at the Hooser Invitational where he finished 1-under overall.

As a Freshman at Oklahoma State (2015-16)
Redshirted during his first season in Stillwater.

Personal
Son of Dillon and Kim Reeder … born October 19, 1996 … has one brother, Janson, and one sister, Karson.