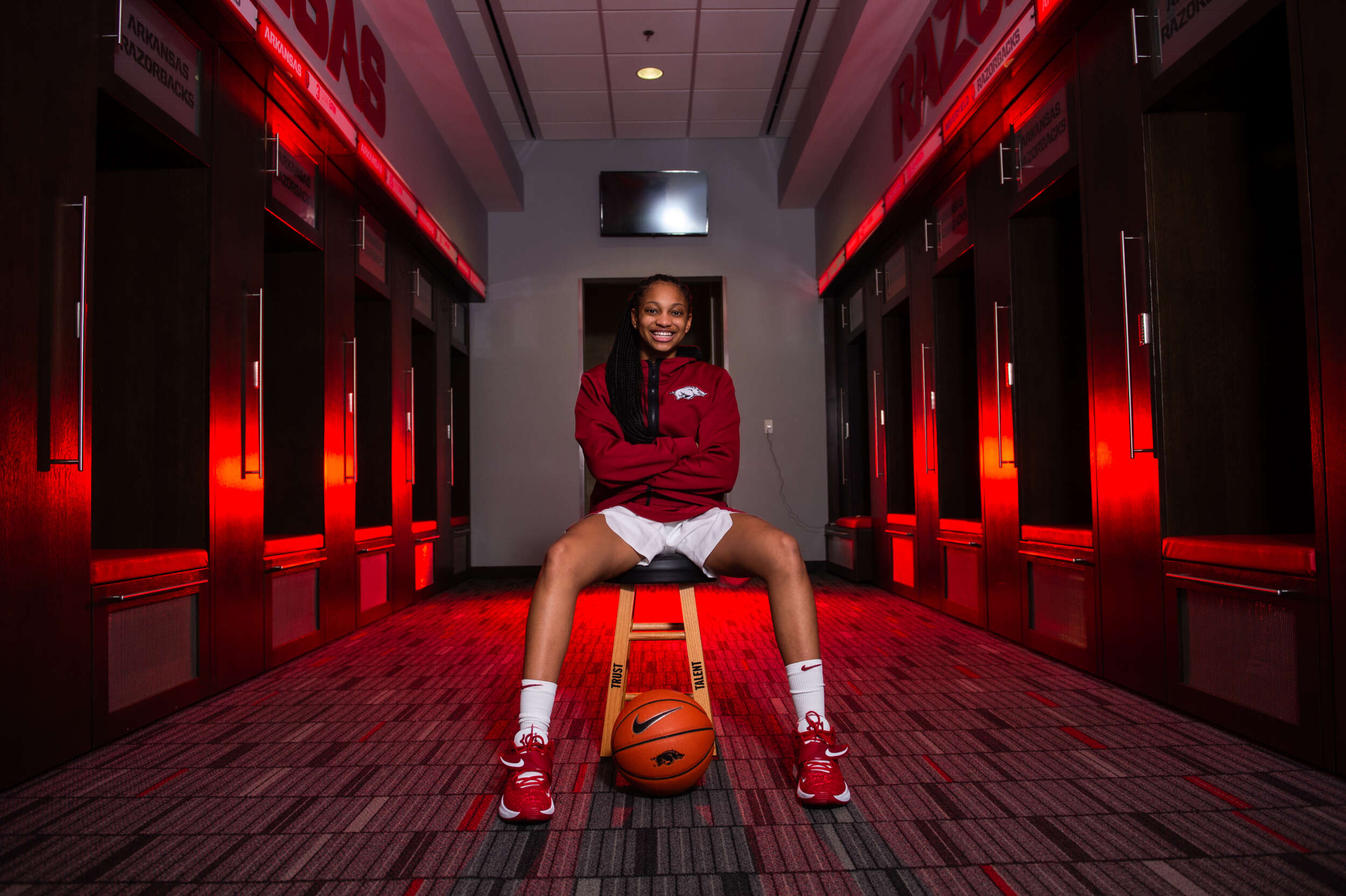 FAYETTEVILLE – Arkansas women’s basketball signee Taliah Scott is one of 24 high school girls invited to play in the McDonald’s All-American game, representing the East. Scott, who signed in November, will be eligible to play for the Razorbacks ahead of the 2023-24 season. She is one of six McDonald’s All-Americans Mike Neighbors has signed at Arkansas, seventh as a head coach. The 46th annual game will be played on Tuesday, March 28 at the Toyota Center in Houston.

Scott has been dominating during her senior season, surpassing 2,000 career points in her high school career earlier this season, while averaging 37.3 points per game, which is No. 2 in the country. She is a five-star guard tabbed as the No. 11 player in the country, according to 2023 HoopGurlz Recruiting Rankings, as well as a 2023 Jersey Mike’s Naismith High School Trophy Midseason Team choice. Scott went off last season as a junior after averaging 31.5 points, 6.2 rebounds, 4.0 assists and 3.4 steals per game at St. Johns Country Day School, as well as led her team to the school’s first 7A Final Four as a sophomore.

Scott has a number of other high school accolades, such as Florida Time Union All-First Coast Player of the Year, News4Jax Girls Basketball Player of the Year, MaxPreps Junior All-American, among others. She was awarded the 3-Point Shootout Champion at the Curry Camp, UA Elite 24 and SLAM Vol. 4. As a player for Florida Girls Basketball, she was the scoring champion with 660 points (31.4 points per game), marked as the 11th best in the country.

With her selection, Scott is one of six McDonald’s All-Americans signed during the Neighbors era. Most recently, current players Maryam Dauda and Jersey Wolfenbarger were selections in 2021, while Sasha Goforth, also on the current roster, as well as Amber Ramirez and Destiny Slocum both played in the game before starting their collegiate careers at their first schools. 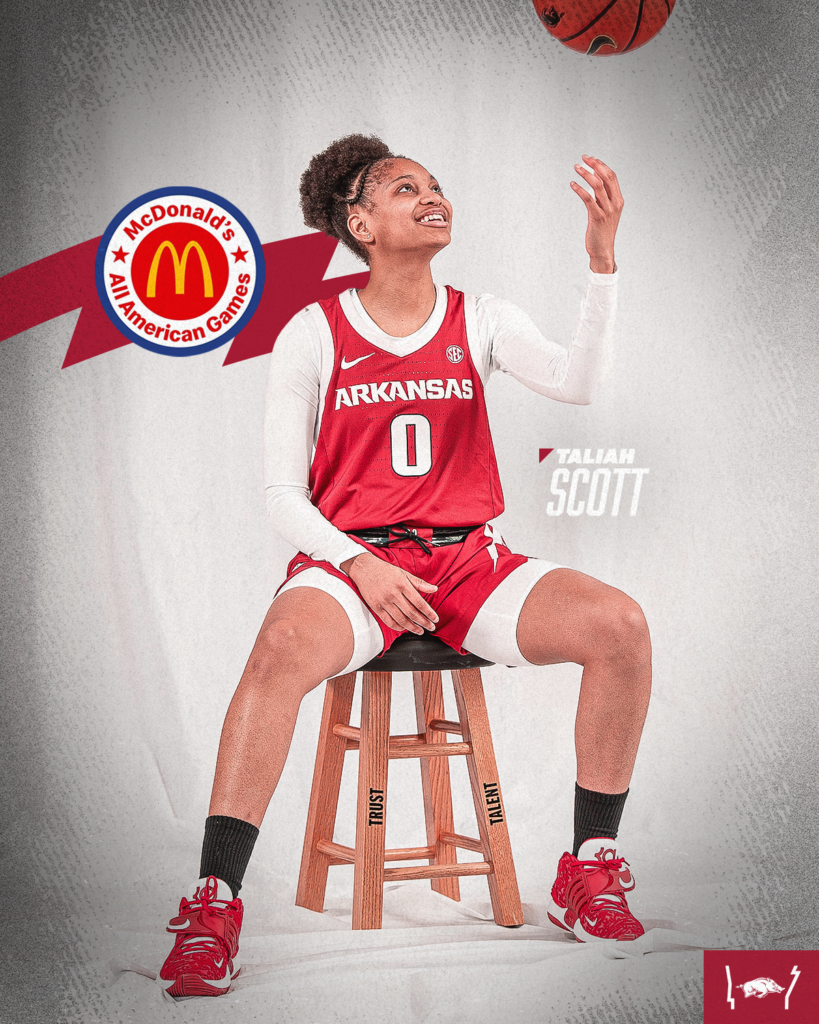 Arkansas is set to play Alabama on Thursday, Jan. 26 at 6 p.m. at Bud Walton Arena. The game will be broadcast on SEC Netowrk.