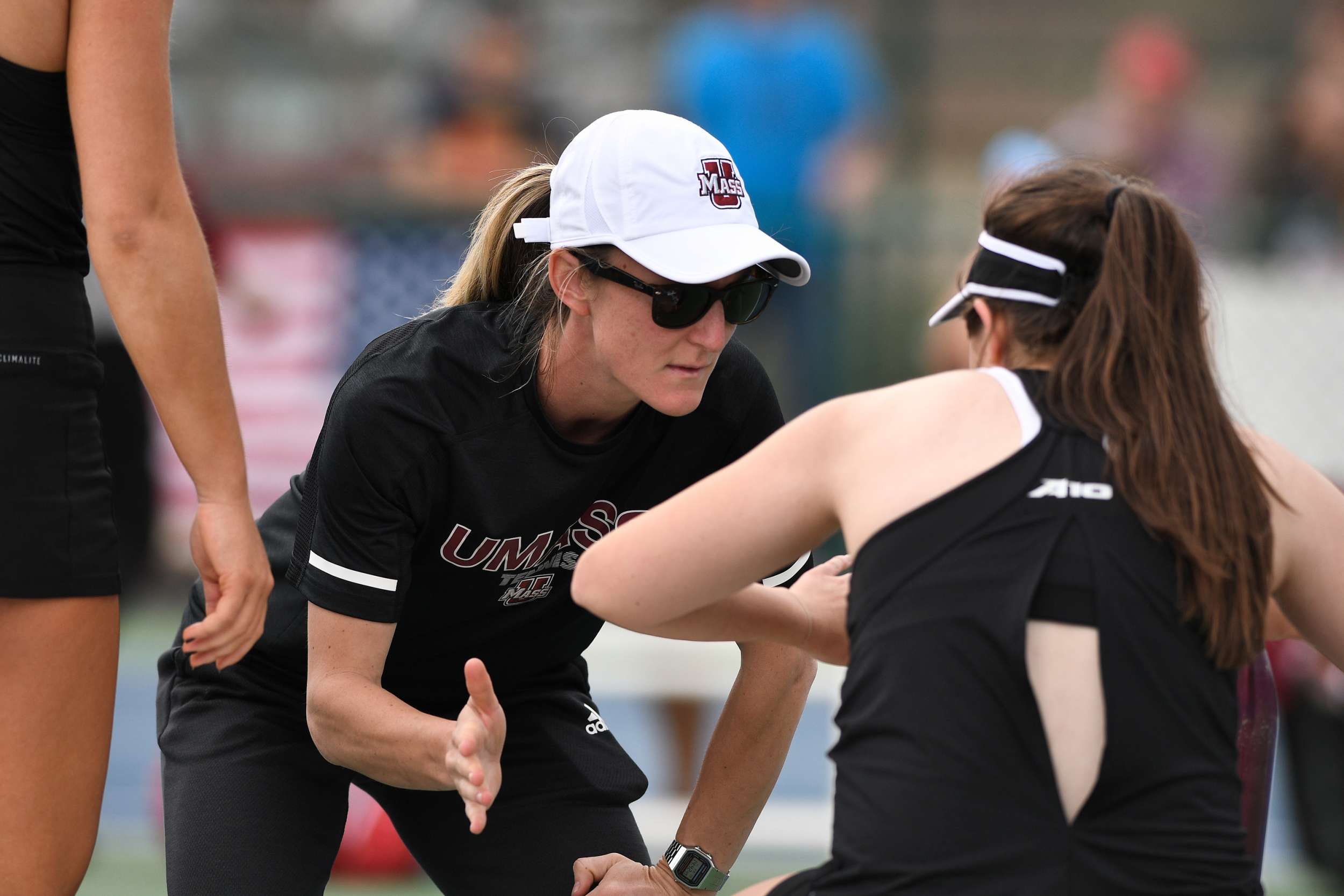 Seaborne comes to Fayetteville following a two-year stint at Massachusetts. The Maroon and White were good in both of her seasons, but were historically good during the most recent campaign in which they were 18-5, the most wins for the program in a single season since the 2000-01 season. While on staff in Amherst, Massachusetts, she played an important role in the team’s hugely successful year, managing the schedule of day-to-day activities, including practice, conditioning, community service and alumni events. Seaborne also helped recruit fellow England-native Jodie Lawrence-Taylor, who was named the Atlantic 10’s Most Outstanding Rookie Performer.

“I am extremely excited to welcome Ruth to the Razorback family,” Steinbock said. “Her experiences as a player and a coach will help continue to build our program. Her knowledge of the game, her passion and her commitment will easily translate into our culture. The relationships she builds with student-athletes will benefit our players and help them continue to grow into successful people both on and off the court. I’m looking forward to getting started with her as a part of our program.”

Prior to her seasons with UMass, Seaborne was the Volunteer Assistant at Iowa, where she played the second half of her collegiate career. While there, the London native helped guide the Hawkeyes to a 16-9 record, including Big 10 victories over Indiana, Minnesota, Nebraska, Penn State and Wisconsin. In addition to her work on the court with the student-athletes at her alma mater, Seaborne assisted in the organization and supervision of the team’s travel.

Before she came back to Iowa, Seaborne made a one-year stop at Utah State, where she served as an assistant coach. Though she was only there for a season, Seaborne delved into national and international recruiting, while also helping manage the team’s match scheduling and equipment.

It was only natural for Seaborne to become a coach, as she proved herself to be a great collegiate player over her four years at Florida State and Iowa. In her first season in Tallahassee, Seaborne was named the team’s MVP and most improved player, while helping the Seminoles reach the ACC finals for the first time in school history. She also helped the ‘Noles reach the National Indoors and the NCAA Tournament in 2011 and 2012.

Following her sophomore season, Seaborne decided to transfer to Iowa, where she would finish her playing career and would spend a year as a student-assistant tennis coach. During her playing days as a Hawkeye, Seaborne racked up the individual honors, including two First-Team All-Big 10 selections. She was named the team’s MVP in both of those seasons as well, posting a 45-24 cumulative record.

Seaborne graduated from the University of Iowa with a bachelor’s degree in psychology in May 2015. She also earned a minor in sports studies.