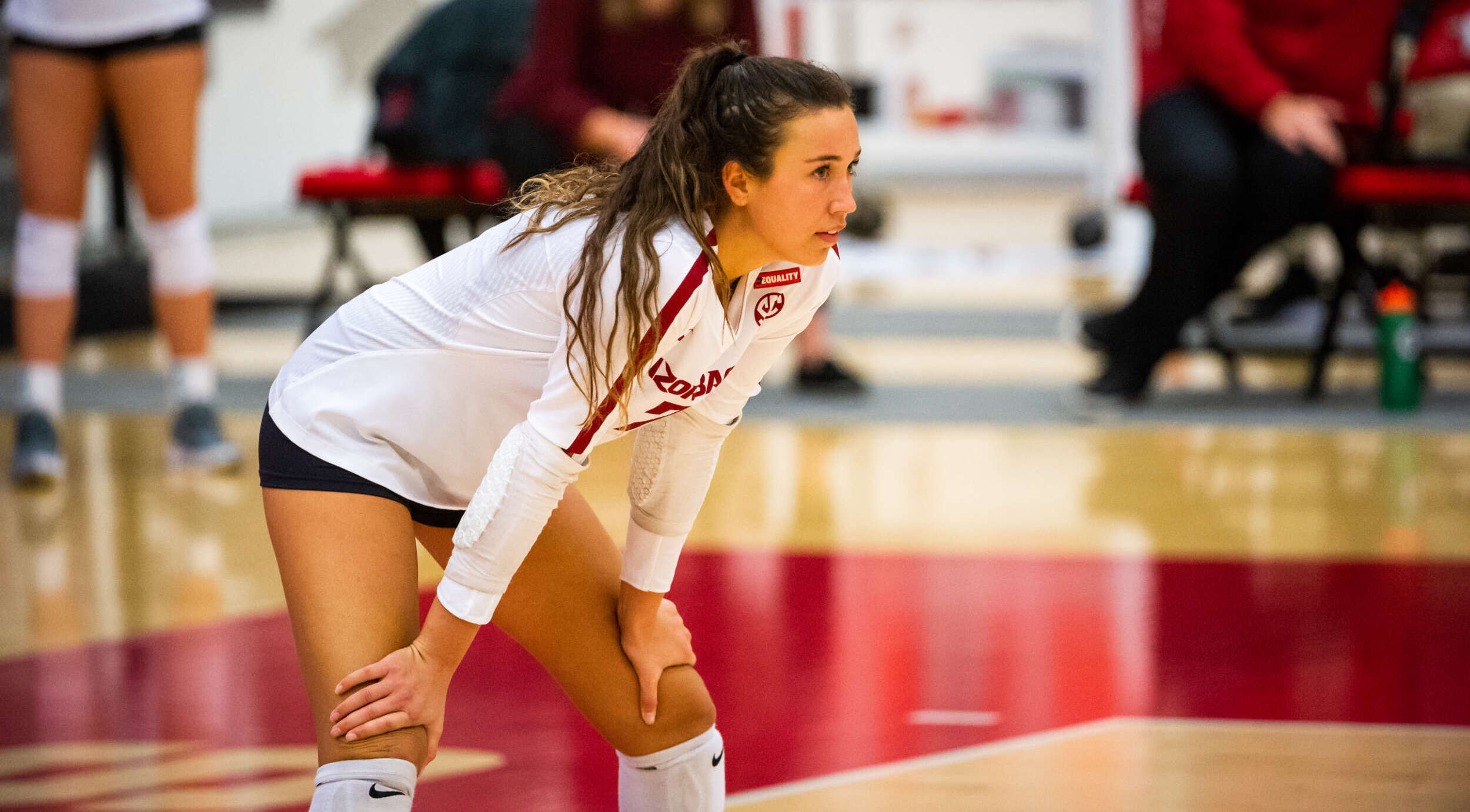 FAYETTEVILLE, Ark. – The University of Arkansas volleyball team posted a season-best 11 blocks and 11 service aces leading the Razorbacks to a three-set Southeastern Conference win over Alabama in Barnhill Arena Friday. Arkansas improves to 9-4 overall with the 25-13, 25-14, 25-19 win, while Alabama falls to 4-9 on the year.

Devyn Wheeler added a career-best 5 service aces while Taylor Head and Jillian Gillen finished with double figure kills in the win. The Razorbacks held Alabama to a -0.038 hitting percentage on the night.

How It Happened
Fast Start – Arkansas dashed out to a fast start in the first set with a 9-2 advantage to open the frame and never looked back. The Razorbacks lead by as many as nine before cruising to the 25-13 victory.

Blocks and Final Run – The second set was won at the net with the Razorbacks picking up seven team blocks led by Ellease Crumpton with five block assists in the frame. With Arkansas up, 6-4, the Razorbacks put together three consecutive blocks to force an Alabama time out as they stretched the lead, 9-4. The Tide responded with their best play of the match, chipping away, tying and taking the lead at 11-10. The Razorbacks rallied and finished with an 8-0 run for the 25-14 win.

Methodical – The final set was closer down the stretch with the teams tied at 15-all at one point. The slow and steady scoring of Arkansas allowed the Razorbacks to finish with a 7-4 run to capture the match victory.

Up Next
The Razorbacks and Crimson Tide meet again in Barnhill Arena on Saturday. First serve is scheduled for 4 p.m. The Razorbacks then travel to LSU and Florida before ending the season with four consecutive home contests.