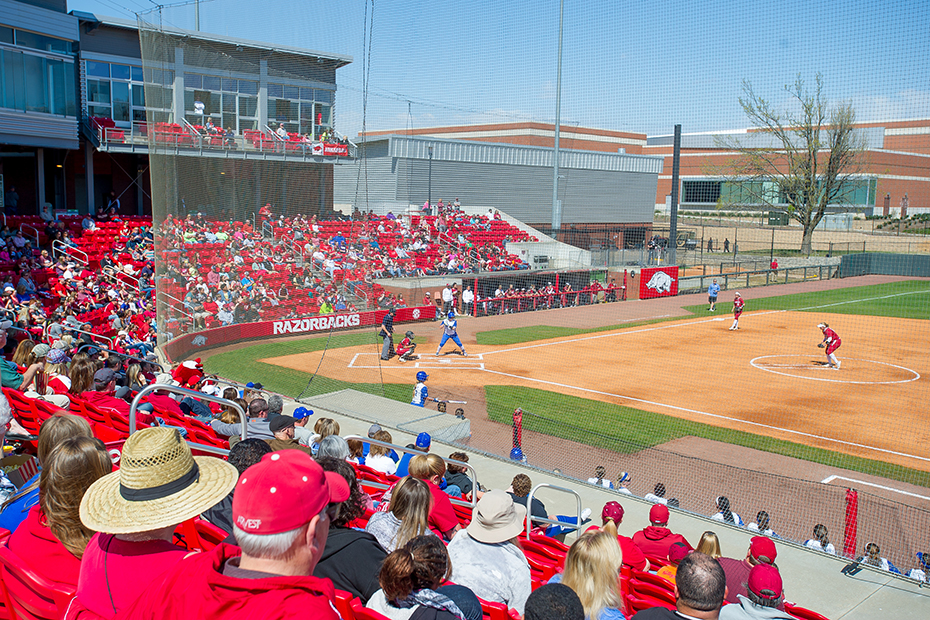 FAYETTEVILLE – The Southeastern Conference announced the television schedule for the 2020 softball season that includes at least 10 opportunities to see the top 20 ranked Arkansas softball team on national television.

The Razorbacks are entering their fifth season under head coach Courtney Deifel after advancing to its third-straight NCAA appearance in 2019 and finishing the season 38-20.

The Razorbacks have been touted as a preseason top-25 team by five publications, coming in at No. 17 in both the Softball America and FloSoftball polls, No. 20 in the ESPN/USA Softball poll, No. 21 in the D1Softball poll and No. 24 in the USA Today/NFCA Coaches Poll.

According to the NFCA rankings, Arkansas will face ranked opponents in 15 games, six of which will take place in Bogle Park. The Razorbacks will also play in five games against opponents that are receiving votes in the preseason poll.

Arkansas will open the season at the Troy Cox Classic in Las Cruces, New Mexico – hosted by New Mexico State. The 2020 season officially starts Friday, Feb. 7 when the Hogs face UTEP at 10:30 a.m. (CT), Arkansas’ first home game of the season is on Thursday, Feb. 20 at 4:30 p.m. (CT) against Boston U in the opening game of the Razorback Invitational.