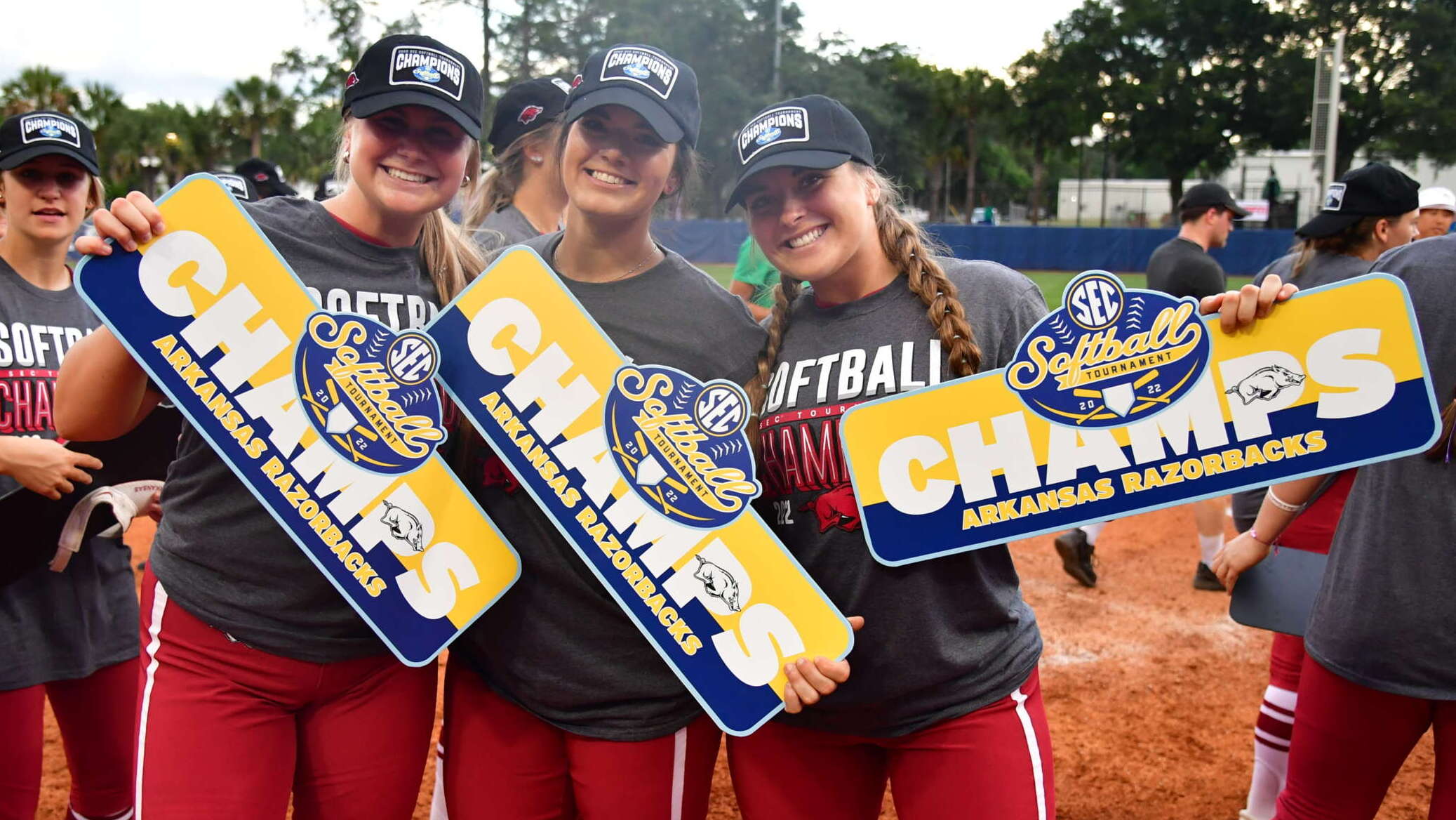 GAINESVILLE, Fla.- Fresh off claiming the regular season SEC title outright, the Arkansas Razorbacks backed up their regular season crown with the program’s first-ever SEC Tournament title on Saturday afternoon with a 4-0 win over Missouri at KSP Stadium.

Arkansas ace and SEC Pitcher of the Year Chenise Delce had her talent on full display against the Tigers, allowing only two base runners – both singles – to go with five strikeouts over seven scoreless innings for her fifth shutout of the season.

The Razorbacks wasted no time handing Delce the lead, scratching out a run in the first and another in the second. In the first, SEC Player of the Year KB Sides started the rally with a leadoff single and came around to score on Danielle Gibson’s single to right after Hannah McEwen’s single. Freshman Kacie Hoffman led off the second with a triple down the right field line. Marlene Friedman’s single to center plated Hoffman. A two-run rally in the fifth was all Delce and the Hogs needed to claim their second trophy of the year. Sides was involved once again, working a leadoff walk and scoring on a Mizzou throwing error. A wild pitch with two outs later scored Hannah Gammill.

Four Razorbacks collected two hits as part of the team’s 11-hit outburst. McEwan, Hoffman, Taylor Ellsworth and Audrie LaValley all had two hits with Sides scoring of the squad’s four runs. Arkansas did not strikeout in the victory and posted 10 singles.

The Hogs will find out tomorrow night at 6 p.m. during the NCAA Selection Show which teams are headed to Bogle Park for an NCAA Regional.

Check back later for a full recap.