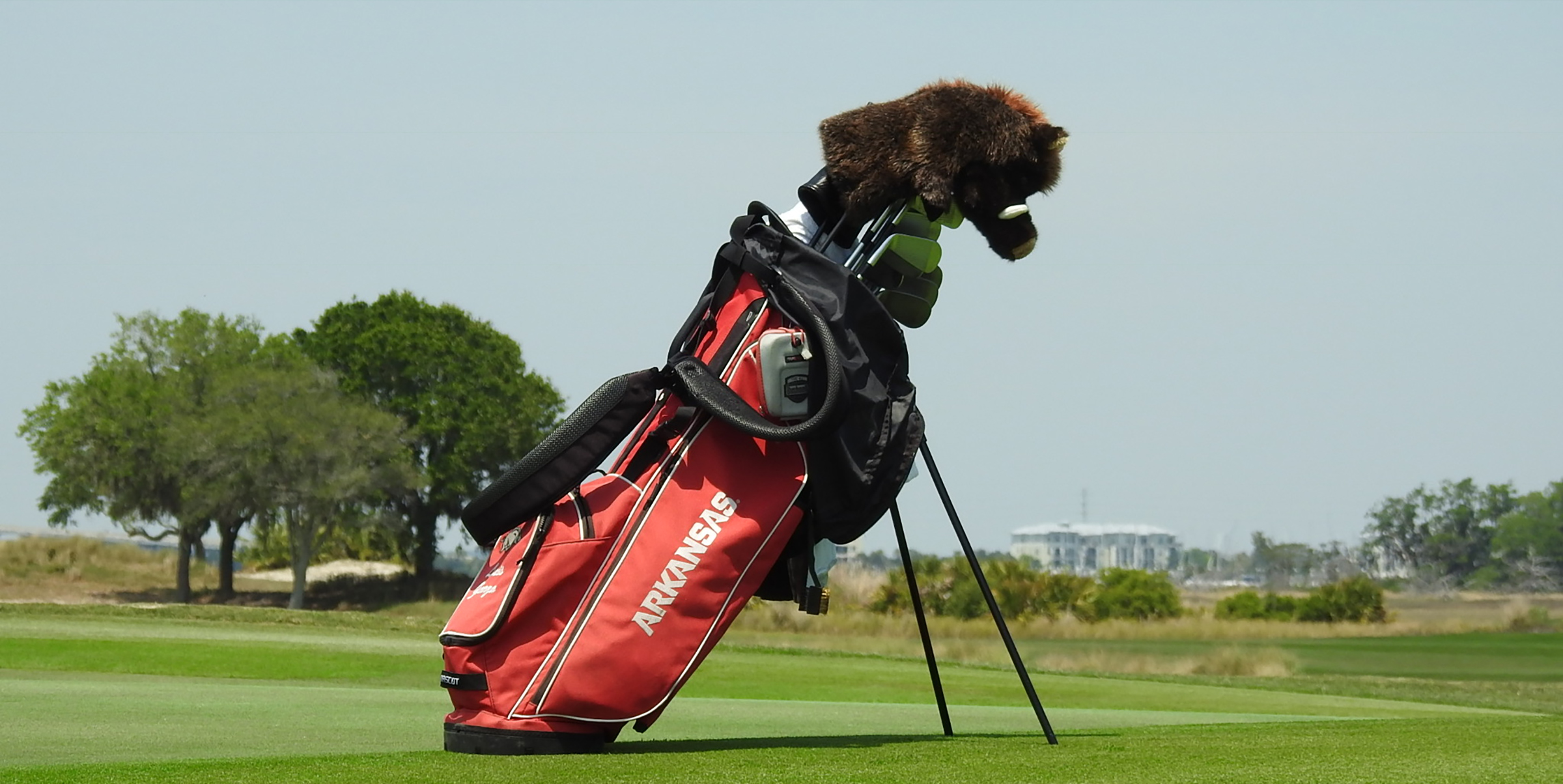 FAYETTEVILLE, Ark. – The University of Arkansas has a storied golf tradition, including numerous conference championships, All-Americans, NCAA champions and dozens of former athletes currently competing on the PGA, LPGA and various other professional tours. And now, Vice Chancellor and Director of Athletics Hunter Yurachek has taken another step to help ensure that the University of Arkansas remains home to two of the most successful collegiate golf coaches and programs in the nation.

Arkansas women’s head golf coach Shauna Taylor and men’s head golf coach Brad McMakin recently signed new employment agreements that could keep the Razorback coaches in Fayetteville through 2029. It is the latest investment made by Razorback Athletics in an effort to maintain nationally competitive women’s and men’s golf programs at the University of Arkansas.

“The tremendous success that our men’s and women’s golf programs have enjoyed in the past decade and a half is directly attributable to the leadership of Shauna Taylor and Brad McMakin,” Vice Chancellor and Director of Athletics Hunter Yurachek said. “The consistent excellence of both our men’s and women’s programs has firmly established the University of Arkansas as one of the prime destinations for collegiate golf. Few programs in the country are fortunate to have two long-time coaches who have continued to raise the bar of success, even while competing in the premier conference in the nation. I have no doubt that Shauna and Brad will continue to lead our teams to competitive success, while also investing in the lives of the student-athletes they coach.”

Taylor and McMakin both signed new five–year agreements that run from September 1, 2022 to June 30, 2027 and include incentive-based salary increases and agreement extensions based on NCAA Tournament appearances. Additional incentive payments will be based on success in the SEC and the NCAA Tournament and graduation of their respective student-athletes.

Taylor is in her 16th season at helm of Arkansas women’s golf, 21st overall, and has transformed the program into a national powerhouse. The program is coming off yet another successful season in 2021-22, as the Razorbacks extended its streak to 19 straight NCAA Regional appearances, 14 with Taylor as the head coach.

“It’s been a privilege to lead the amazing women of Arkansas women’s golf for the past 15 years,” Taylor said. “My family and I have planted our roots here, and I look forward to continuing the rich tradition of winning in all areas of our program. I can’t thank Hunter enough for his leadership and belief in me. As a staff, we will continue to lead, love and work hard to make Razorback Nation proud in our pursuit of excellence in all that we do!”

In 2021-22, Taylor also led the Razorbacks to its first NCAA Championship since 2019, as well as a No. 1 ranking midway through the fall 2021 season, three individual medalists and two tournament wins as a team. Also included in that mix of accomplishments last season was Brooke Matthews breaking the NCAA 54-hole at the Cougar Classic after finishing three rounds with a 191 (25-under par).

A two-time SEC Coach of the Year (2014, 2018) and NGCA All-Region Coach of the Year (2018), Taylor has led the team to 10 top-five finishes in the SEC. Taylor’s teams produce on the golf course, but she is also an integral part of the Northwest Arkansas community. Taylor founded the Choose Confidence program that is aimed at helping young girls develop positive attitudes about themselves.

McMakin is in his 17th year at Arkansas and is coming off one of the program’s best seasons. The 2021-22 Razorbacks finished ninth at the NCAA Championship, won twice and had a total of seven top-3 finishes. Mateo Fernandez de Oliveira and Luke Long each won tournaments and were joined by Segundo Oliva Pinto on the All-Central Region team following the 2021-22 season. Fernandez de Oliveira additionally earned All-American honors, finished ninth at the NCAA Championship and went 4-0 in leading Team International to a win at the Palmer Cup.

“First, I want to thank Hunter and the University administration for their continued commitment to the success of our golf program both on and off the course,” McMakin said. “Second, I wouldn’t be in this position without the work of associate head coach Barrett Lais and the support of Mr. John Tyson and the Blessings Golf Club. I’m excited about what we have been able to accomplish as a program and feel everything is in place to ensure the future will be just as bright.”

McMakin has led the Razorbacks to each of the last 14 NCAA regionals held. His squads have advanced to the NCAA Championship eight times including top 11 finishes in 2021 and ’22 while finishing national runner-up in 2009. Also, Arkansas won the 2019 SEC title and finished runner-up in 2021. His teams have won 30 tournaments, including multiple-win seasons nine times, and his players have won 24 titles.

He has produced 31 All-Region honors, including multiple honorees 13 times, and 21 All-American honors, including at least one in 16 of his 17 years at Arkansas. Mason Overstreet was the 2017 NCAA runner-up while Sebastian Cappelen and Segundo Oliva Pinto won SEC individual titles. Seven of his players have reached the PGA TOUR.