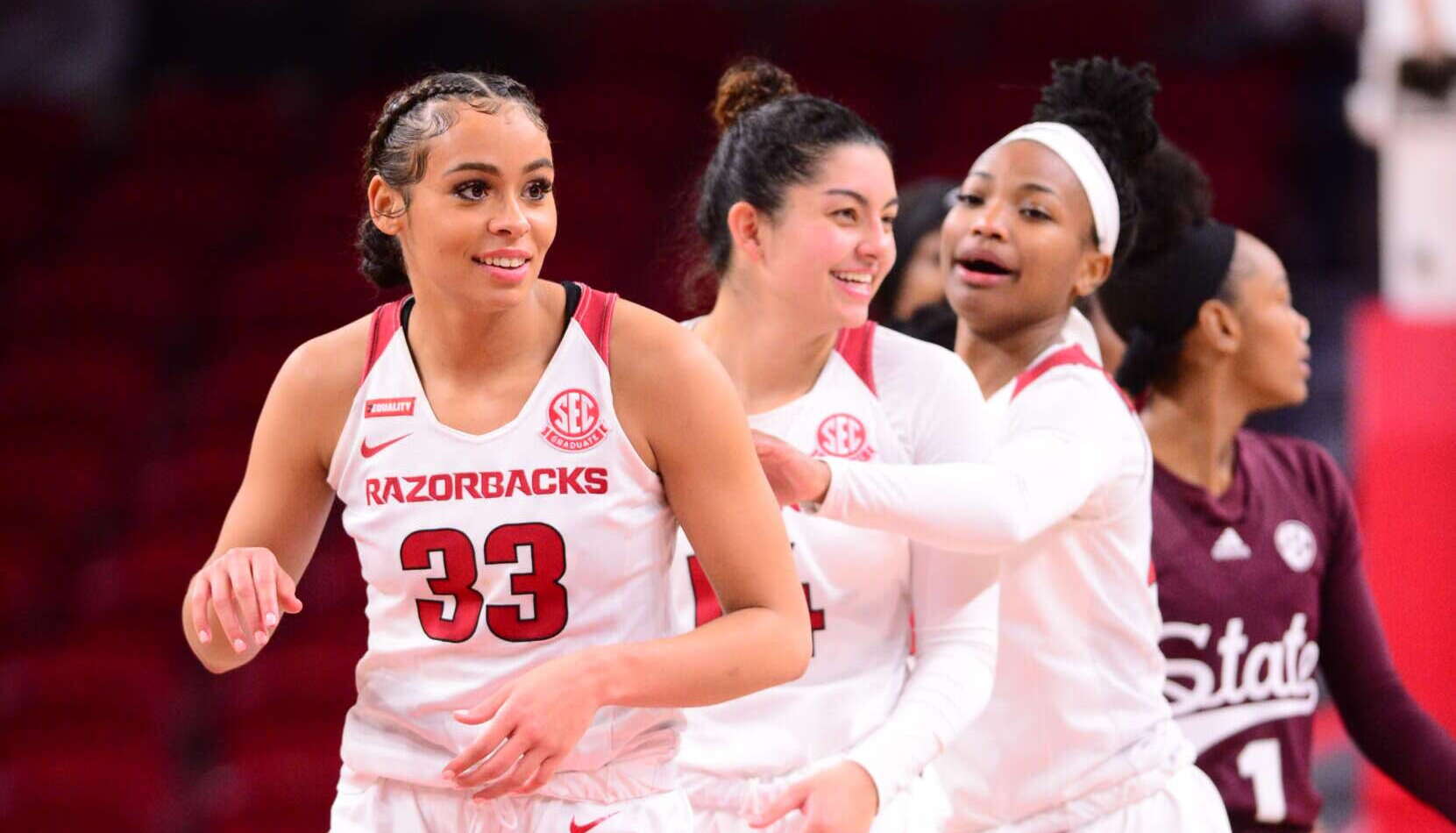 FAYETTEVILLE, Ark. – No. 18 Arkansas (15-7, 5-6) earned a big conference win inside Bud Walton Arena on Thursday night, as Head Coach Mike Neighbors’ Hogs took down Mississippi State (8-6, 3-5), 86-80. It was the first win for Neighbors over the Bulldogs in his four-year tenure with the Razorbacks, and his Hogs have now beaten every SEC team at least once since he took over the program.  Arkansas is heating up at the right time, as they have won four of five with the victory.

Arkansas’ senior stars shined once again Thursday night, as guards Destiny Slocum and Chelsea Dungee stole the show, propelling the Hogs passed MSU. Slocum scored her most points as a Razorback against the Bulldogs, pouring in 26 on 11-15 shooting from the field. Despite suffering a hand injury in the second half, Slocum remained in the game, and continued to keep the Hogs on track offensively.

Dungee, meanwhile, joined the 2,000 point club in the fourth quarter, one of two Hogs ever to accomplish the feat, joining Arkansas LadyBack Legend Bettye Fiscus. The redshirt senior guard tallied 22 points in the effort, including 15 in the second half, not missing a single shot after the intermission.

The Hogs got off to a fast start, grabbing a double-digit lead in the first quarter after Slocum exploded for 12 points in the opening frame. The Razorbacks continued to keep the pressure on throughout the first half and gained a big edge at the free throw line, making all 11 attempts at the stripe in the first half while only allowing one MSU free throw attempt.

Arkansas came out of the locker room flat in the second half, as Mississippi State cut a 15-point deficit down to just two in the closing seconds of the third quarter. But the Hogs answered the call in the fourth quarter, with Slocum and Dungee combining for 17 points in the game’s crucial moments. It was Arkansas’s two leading scorers who notched the last eight points for the Hogs down the stretch.

Arkansas returns to Bud Walton Arena next Thursday to take on Ole Miss. The Hogs and Rebels will tipoff at 7 p.m. CT and the game will stream on the SEC Network+.