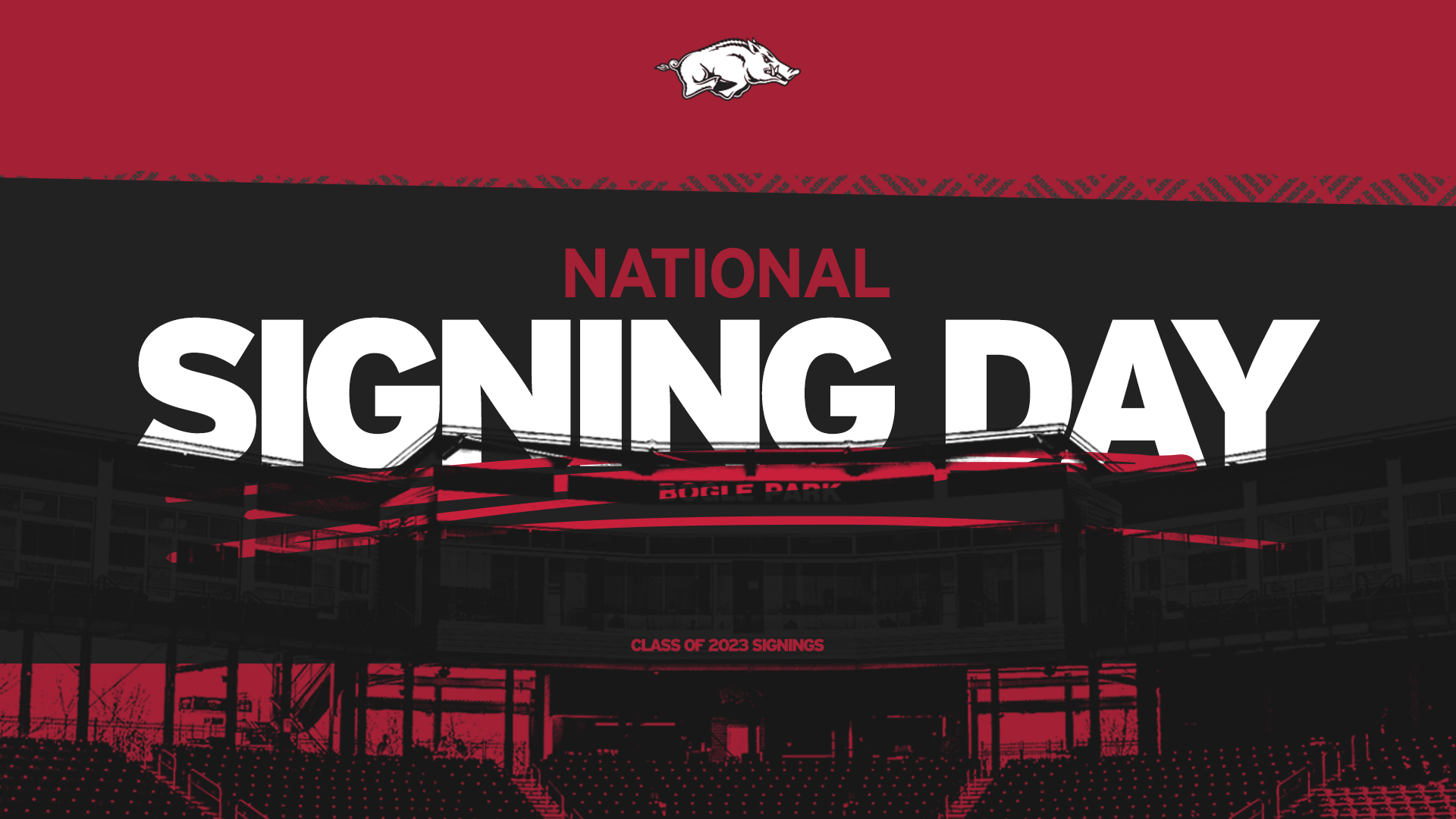 All four commits were nationally ranked inside the 2022 Extra Inning Softball’s Top 100 list and hail from three different states (Arkansas, Kansas and Texas).

“We are thrilled to welcome Kylie, Kennedy, Jayden and Kasey into our Razorback softball family,” said Deifel.  “These four student-athletes add athleticism, versatility and power to our program. They are intensely competitive and fit perfectly into the culture that we have established here in Fayetteville. They are Razorbacks to their core and will elevate our program both on and off the field.”

The No. 19 player in Extra Inning Softball’s 2022 Extra Elite 100, Brockman starred for Select Fastpitch 18U during the summer. Brockman filed 14 home runs, 28 extra-base hits, 53 RBI and accumulated a .435 on-base percentage, 1.135 OPS and .985 fielding percentage. Brockman earned Kansas 5A All-State Honorable Mention in 2021. In addition to her dominance on the softball field, Brockman is a two-time powerlifting state champion and Kansas 5A state runner-up in javelin.

What Deifel is saying: “Kylie is a fun-loving competitor that has a way of being both intense and loose as a leader behind the plate.  She has a dynamic bat and thrives in big situations.  On top of all that, Kylie is the type of player that not only gets the most out of her pitching staff but makes her teammates and everyone around her better as well.”

Why Kylie chose Arkansas: “Arkansas felt like home when I first stepped onto campus. The coaches are amazing, the atmosphere is phenomenal, and the support from other student-athletes and the community is the best.”

Kennedy Miller is the second Georgetown, Texas, catcher to join the Hogs, following in the footsteps of former Razorback Taylor Ellsworth. She also ranked 57th on Extra Inning Softball’s 2022 Extra Elite 100. Leading Georgetown High School to a Texas 5A runner-up finish as a junior, Miller slashed .422/.517/.989 and recorded 12 home runs, 35 runs scored and 40 RBI. She reeled in all-state honors from the Texas Girls Coaches Association and the Texas Sports Writers Association as a junior. Playing with Lady Dukes Lamar in summer 2022, she tallied a .300 batting average with 10 home runs, 29 RBI and 30 runs scored while throwing out 71 percent of would-be base stealers. During her sophomore season at Georgetown, Miller tabulated a .475 batting average with seven home runs, 43 RBI and 21 runs scored.

What Deifel is saying: “Kennedy is a big-hitting catcher and corner from Georgetown, Texas. With a good track record with catchers from Georgetown, we expect Kennedy to work into our system as seamlessly as Taylor Ellsworth did a year ago. Kennedy is a tireless worker and is a teammate that leads through her integrity and work ethic.”

Why Kennedy chose Arkansas: “I love the ‘family’ aspect of the entire program. It truly felt like a second home from the moment I stepped onto campus. The coaching staff feels like extended family members.”

The Georgetown to Fayetteville pipeline continues.

Jayden Wells checks in at No. 27 in Extra Inning Softball’s 2023 Extra Elite 100 and is one of two Arkansas natives to sign with the Razorbacks. Hitting an astronomical .475 as a junior at Paris High School, Wells also registered a .597 on-base percentage, .983 slugging percentage and 1.580 OPS. Wells garnered 2022 all-state honorable mention following a monumental junior campaign for Paris. After guiding Paris to the 2021 state semifinals as a sophomore, Wells was named an All-District Golden Glove Honoree and Offensive MVP.

What Deifel is saying: “Jayden is one of the most gritty and competitive athletes we have seen.  She is incredibly athletic and versatile and has the skill to see time at multiple positions. She has an immense pride in the Razorbacks, and we are thrilled to keep her home to live out her dream at Arkansas.”

Why Jayden chose Arkansas: “I’m from Arkansas, so it holds a special place in my heart. Growing up, I would tell my teachers I wanted to be a Razorback, so from early on it has been my dream. After meeting the staff at Arkansas and growing up around the program for six years, I knew it is where I wanted to be because it felt like home.”

Kasey Wood, a two-way star from Bentonville, is ranked 36th in Extra Inning Softball’s 2023 Extra Elite 100. A two-time Arkansas 6A state champion (2021-22), Wood hit .466 with four home runs, 22 RBI and 39 runs scored as a junior. Additionally, Wood racked up a .581 on-base percentage and .849 slugging percentage during her junior campaign. After compiling 13 wins and 90 strikeouts in the circle and slashing .324/.419/.477 with KC Peppers 18U-Wallace, Wood was tabbed to the Extra Inning Softball 2021 “All Summer Team” for the 18U level. The daughter of Jeff and Trisha Wood, Kasey plans on majoring in Kinesiology.

What Deifel is saying: “Kasey is one of the top athletes in the state of Arkansas. She has a dynamic bat and a competitive energy that is infectious. Kasey is a strong, physical athlete that loves to compete in everything she does. We love that we get to keep her home as a Razorback.”

Why Kasey chose Arkansas: “Arkansas is my home state and where my heart is. I can refresh whenever I need. The educational benefits from the U of A and the learning opportunities will allow me to grow both athletically and academically. The coaching staff has my trust for personal and group growth at the next level while working towards common team goals and personal goals. The staff also makes me feel safe in my choice for the next four years.”