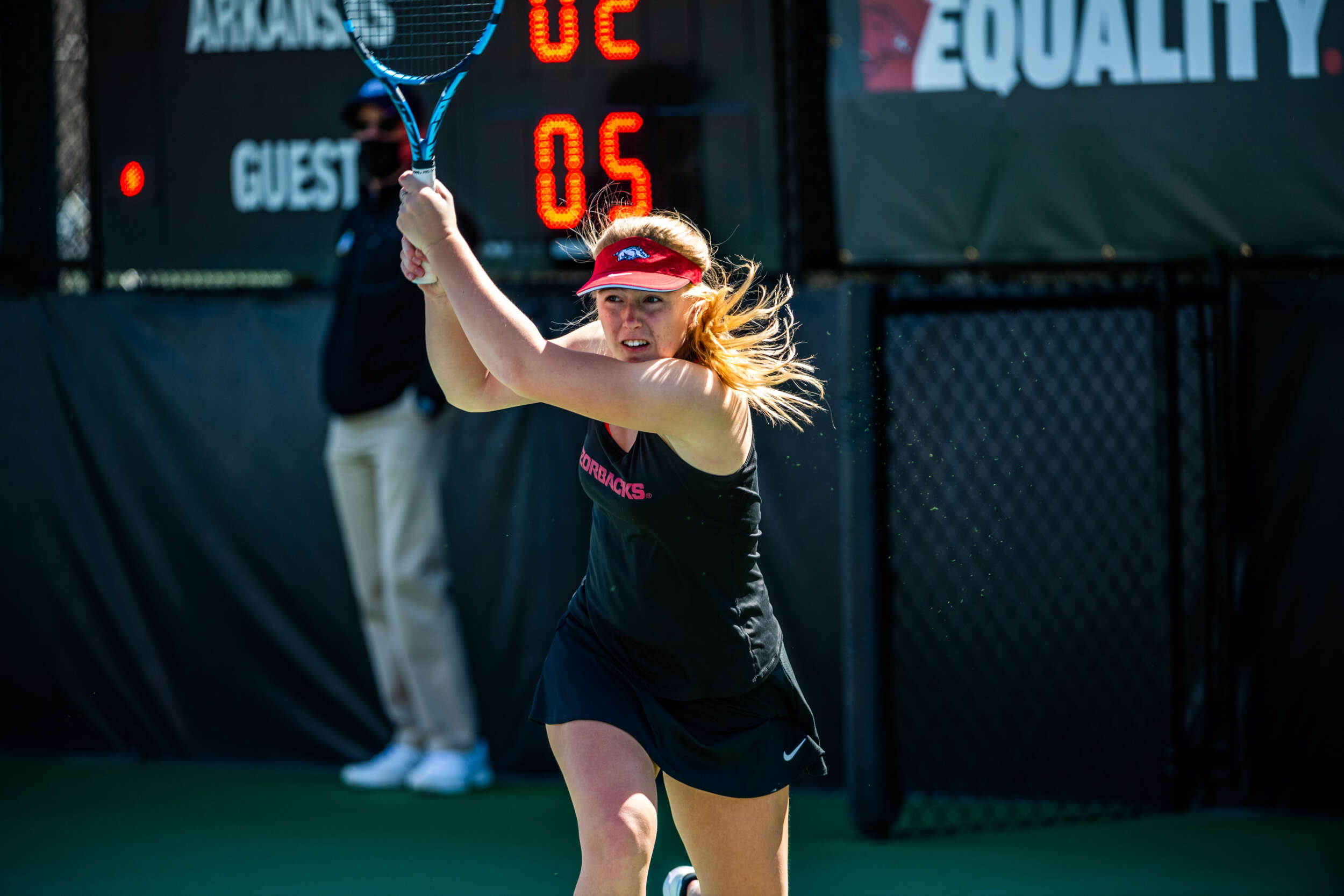 CHARLESTON, S.C. – Arkansas sophomore Indianna Spink fell in the first round of the qualifying draw at the ITA All-American Championships on Monday in Charleston, South Carolina.

No. 26 Spink was competing as the No. 2 seed in the bracket taking on Pepperdine’s No. 59 Shiori Fukuda. Spink dropped the first set to Fukuda and fought back in the second set, but ultimately fell 6-2, 6-4.

Spink continues play at the ITA All-American Championships in the qualifying singles consolation bracket on Tuesday at 10 a.m. against No. 66 Morgan Coppoc of Georgia.