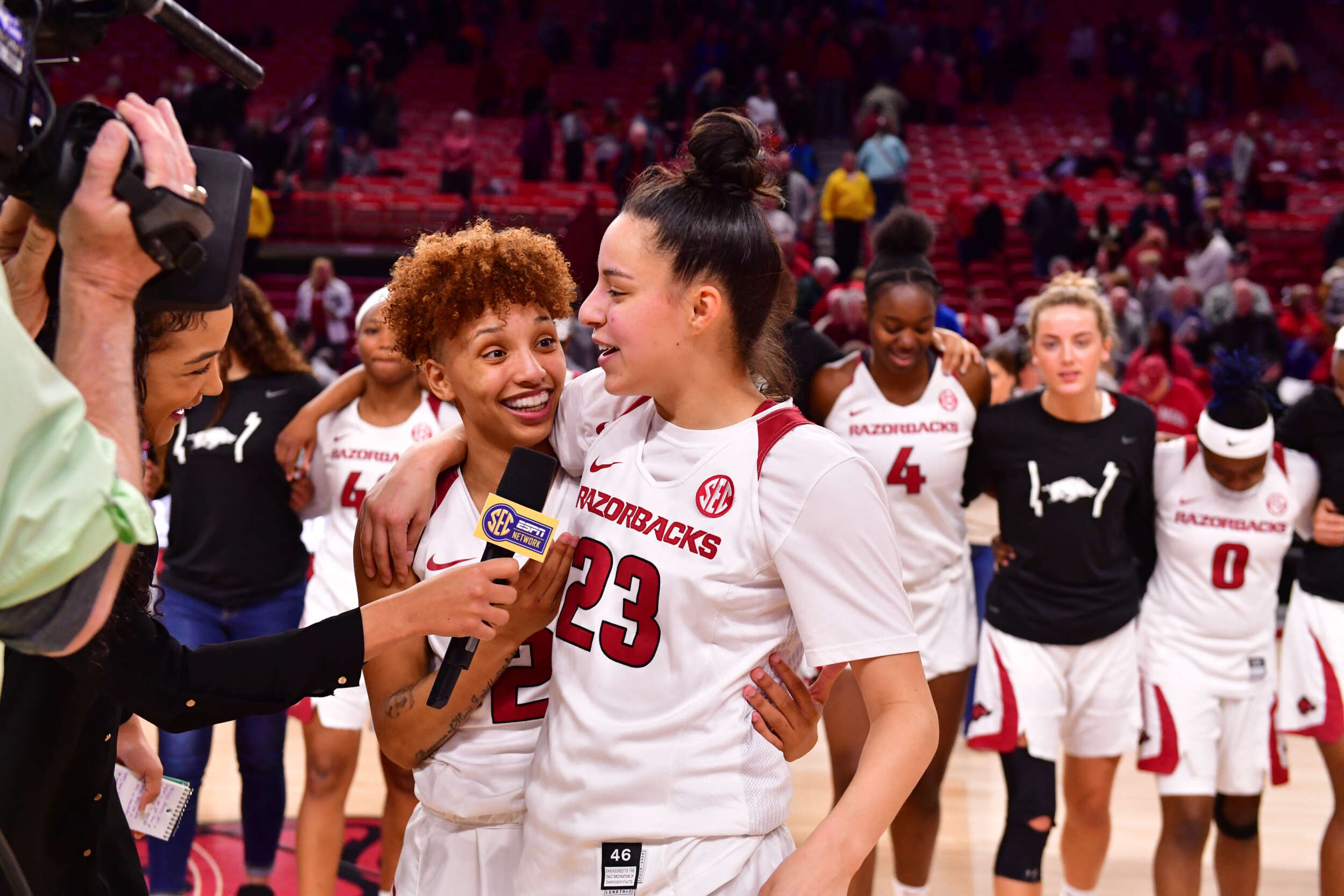 FAYETTEVILLE, Ark. – No. 22 Arkansas (21-5, 9-4) won its third straight game on Thursday night, beating Tennessee (17-9, 7-6), 83-75. With their nine wins in conference play this season, Head Coach Mike Neighbors’ Hogs are just one SEC win away from matching the program record with three regular season games left to play. This is only the second time ever the Hogs have won nine or more conference games since joining the SEC back in 1991.

Redshirt junior guard Amber Ramirez put on a show against the Lady Vols, going for a season-high 29 points, just four shy of her career-best. The sharpshooter was money all night long, going 11 of 20 from the field and five of nine from deep. Her game against the Vols was her fifth 20+ point game during the 2020 conference season, tied for the most on the squad. Fellow Splash Sister Alexis Tolefree had another big outing for Arkansas, going for 22 points and seven rebounds, leading the team on the glass once again.

The Hogs had the Lady Vols down by as much as 16 early in the fourth, and it looked like they may coast to their third straight win. However, Tennessee didn’t back down, going on an 18-8 run over six minutes in the final frame to make it a six-point game with 3:59 to play. The teams would go back and forth from there, before Arkansas would ice this one away at the free throw line.

The Lady Vols cut it even closer with 15 seconds to play, as the Hogs held a narrow 79-75 lead. However, Ramirez and Tolefree, along with a key defensive stop, buried Tennessee late, as the duo went a perfect four for four from the free throw line to keep this one just out of reach.

The Razorbacks head to Gainesville for a rematch with the Gators on Sunday. That game is set to tip at 3 p.m. CT and will air on the SEC Network.