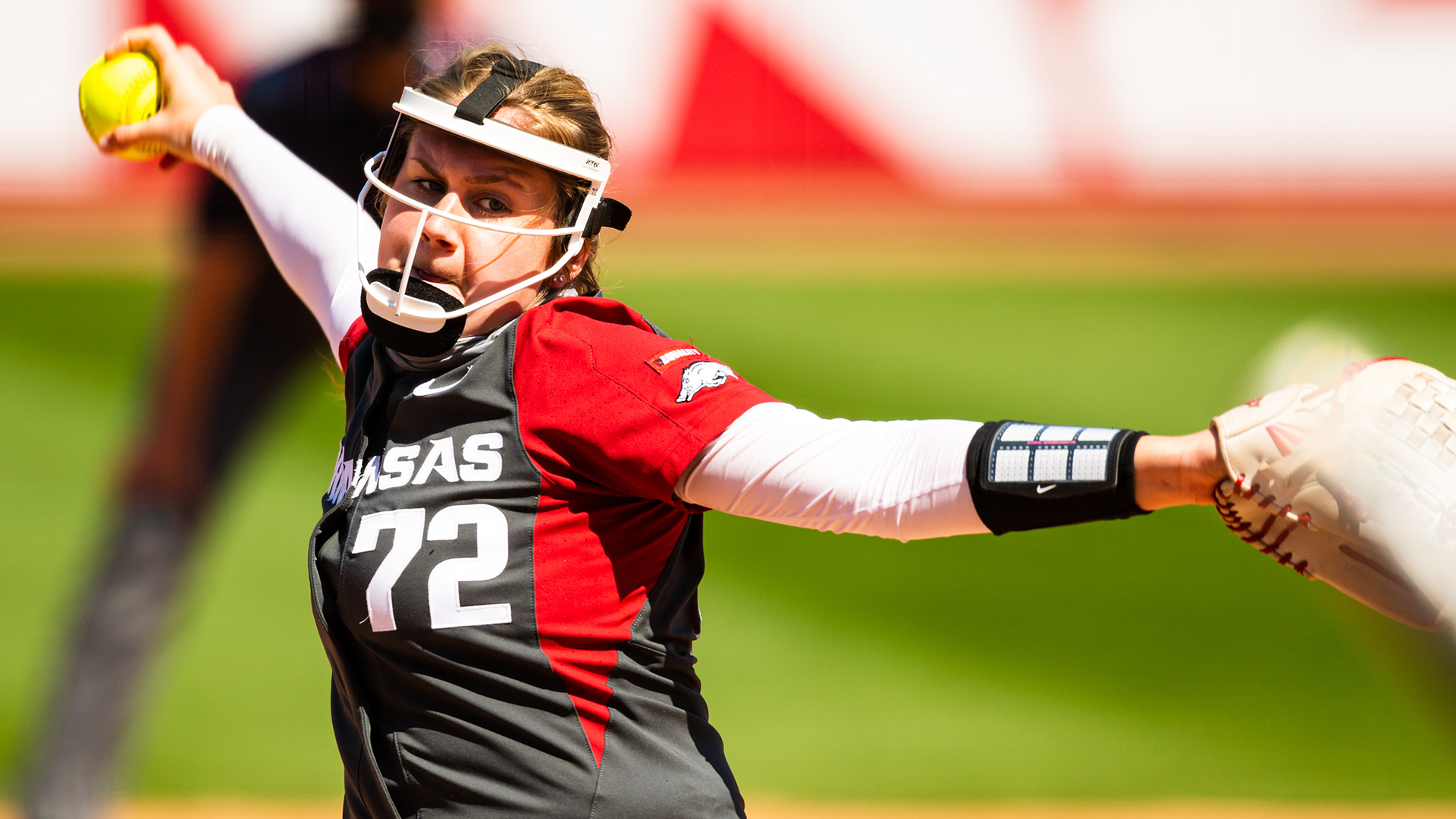 AUBURN, Ala. – Pitchers Jenna Bloom and Autumn Storms combined to shutout No. 25 Auburn for the second straight game, as No. 11 Arkansas swept the series with a 2-0 victory at Jane B. Moore Field on Saturday afternoon. The Razorbacks (31-3, 12-0 SEC) remained in first place in the SEC standings and built on their best start to conference play in program history.

Arkansas scored first for the third straight game of the series and gave Bloom a lead before she took the circle. Outfielder Hannah McEwen and infielder Braxton Burnside both walked, allowing designated player Linnie Malkin to shoot a base hit the opposite way to right field and score McEwen from second to claim a 1-0 advantage.

The Razorbacks had two more chances to widen the lead in the second and fourth frames but left the bases loaded both times. Auburn (19-11, 1-8 SEC) refused to pitch to Burnside, intentionally walking her to load the bases each time.

In the top of the sixth inning, the Razorbacks tacked on another run without the benefit of a hit, extending their lead to 2-0. Leading off the frame, infielder Keely Huffine was hit by a pitch. Infielder Nicole Duncan followed by laying down a sacrifice bunt and reached on a throwing error, allowing Huffine to take third. McEwen dribbled a slow roller to first, scoring Huffine without a play at the plate.

Bloom (7-1) gave the Hogs 5.0 strong innings and allowed just three hits and did not walk a batter. She registered three strikeouts and threw 70 total pitches. Storms (3) hurled a filthy final 2.0 innings, fanning four of the six batters she faced for her third save of the season. Maddie Penta (6-5) only went 1.2 innings for Auburn as the starter and gave up three hits and three walks.

Outfielder Sam Torres, who entered play tied for the league lead in hits during conference-only games, added two more, going 2-for-3. McEwen recorded a 2-for-3 day with a walk. Outfielder Larissa Cesena tallied Arkansas’ only extra base hit of the day with a double. The Tigers did not pitch to Burnside and walked her four times.

The Razorbacks have won the last six games in the series against Auburn, and swept a three-game series in Auburn for the first time since 2001.

Arkansas steps out of conference action and returns home to host Missouri State at 5 p.m. on Tuesday, April 6 on SEC Network+.