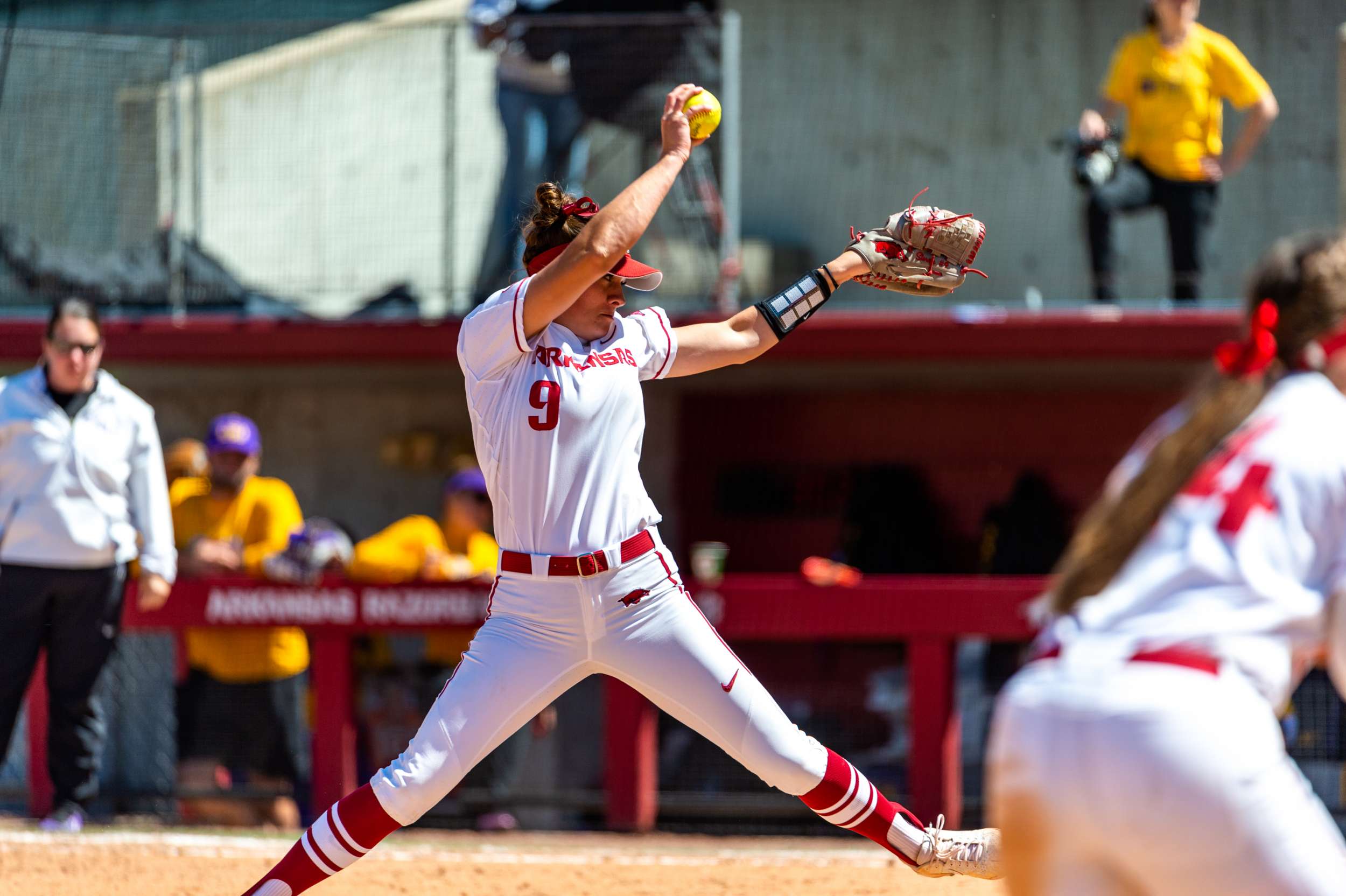 Storms had another outstanding outing for Arkansas, recording a weekend 1.08 ERA. She struck out eight Tigers and gave up only two extra-base hits. Storms held Auburn to a .118 average at the plate and gave up no sacrifice hits either.

In game one of the series, Storms held the Auburn offense to only two hits, gave up no extra-base hits, and allowed only one Tiger to reach second safely the entire contest. Her complete performance in the circle was her 13th of the season and fourth shutout.

She currently ranks third in the league for ERA in SEC play, and she is the only pitcher in conference play who not only maintained less than a 2.0 ERA in both overall and SEC play, but is also performing better against SEC opponents

Diaz was nothing but clutch this weekend in the Razorbacks’ sweep of Auburn, recording six hits and batting .600 with three runs batted in. Diaz finished the weekend with a .636 on base percentage and slugging 1.000 at the plate.

After trailing 1-0 in the first inning of game three, Diaz soared a two-run home run to left field. In the series finale victory, Diaz went 3-for-3 including her long ball, which was the 30th of her career, moving her into fourth all-time at Arkansas for career home runs.

With the sweep of Auburn complete, the Razorbacks finish the regular season 12-12 in conference play for the second year in-a-row. The Hogs earn the ninth seed after a four-way tie for sixth place in the SEC rankings between Florida, Missouri and Georgia. Arkansas will face eighth-seeded Georgia in the first round on Wednesday evening (May 8) at 5:30 pm (CT).