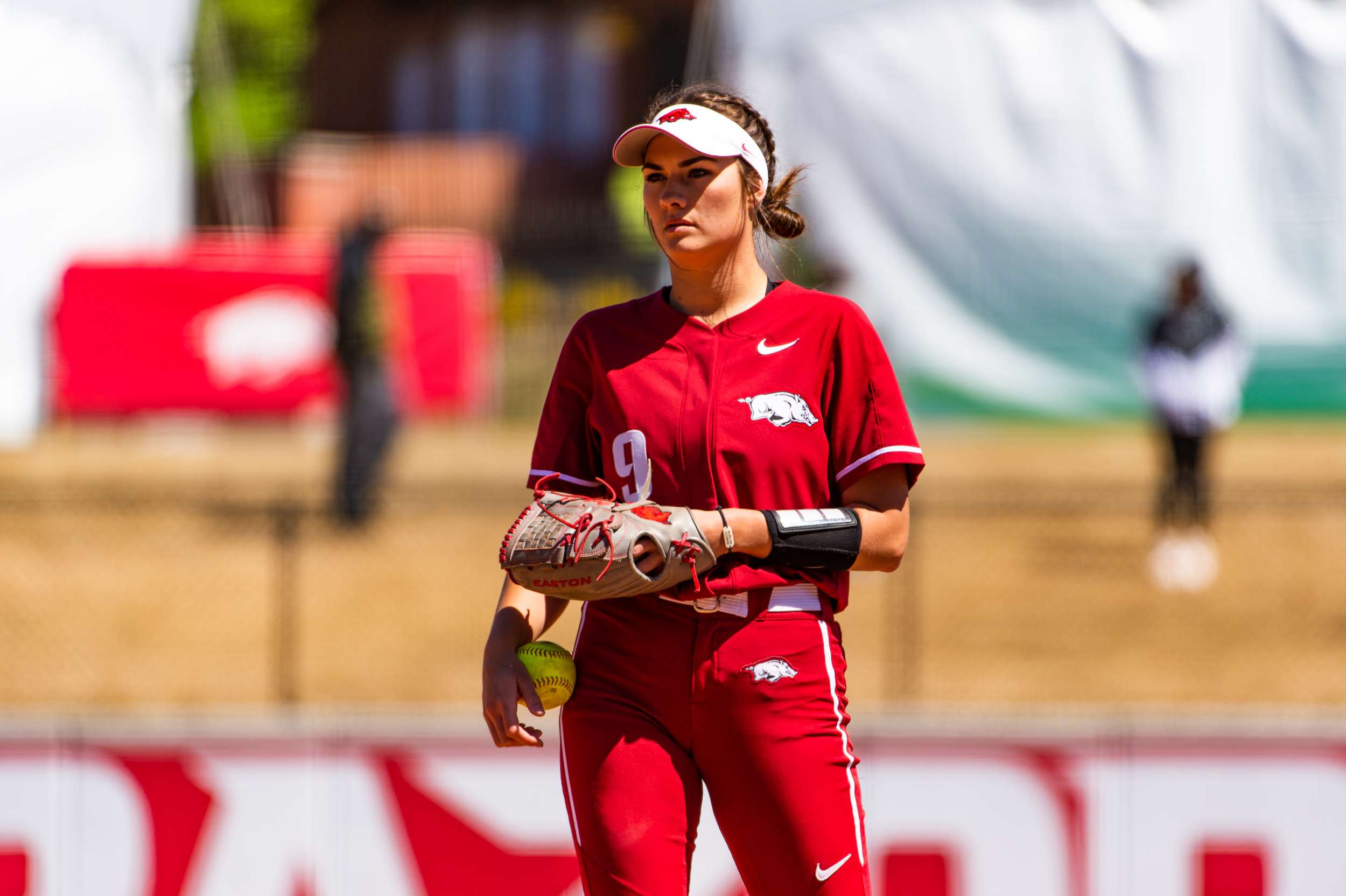 FAYETTEVILLE – Arkansas junior right-handed pitcher Autumn Storms was named to the All-America second team by the National Fastpitch Coaches’ Association on Wednesday afternoon. Storms was selected at the at-large pitcher position and becomes the first All-American under fourth-year head coach Courtney Deifel and only the second in program history.

Storms had a team-best 1.54 regular-season overall ERA and a 1.60 ERA against SEC opponents. She dominated the circle in conference play, ranking first among SEC pitchers for walks allowed per seven innings and strikeout-to-walk ratio. Storms recorded 15 complete games over the course of her junior campaign, including four shutouts en route to her 20-9 record.

“Autumn had an exceptional year,” said Deifel. ” I am so incredibly proud of her, not just for her performance this year but of the work she put in and the commitment she made to make this award possible.”

Storms signed off on the 2019 season after having the most successful year of her career, with season-bests in ERA (1.63), victories (20), complete games (15), shutouts (4), walks (29), strikeouts (172), and opponent batting average (.228). She has already written her name in the record books as well after recording only 1.01 walks allowed per seven innings this season, Storms slides into second all-time at Arkansas for walks per seven innings pitched (1.29).

“Not only is this an exciting recognition for Autumn, but it is also a really big day for this program and her teammates,” added Deifel.

Storms joins Miranda Dixon as the only Razorbacks to earn All-America honors. Dixon garnered the award in 2010 as a third-team selection. The recognition is the third postseason award for Storms as she earned a spot on the NFCA All- South Region first team and was an All-SEC second team selection as well.

The Temecula, California native also earned mid-season recognition as a two-time SEC Pitcher of the Week. Storms recorded a 3-0 week against UTA and No. 18 Kentucky in addition to posting a 2-0 showing against No. 23 Auburn in the final SEC series of the season to earn the awards.