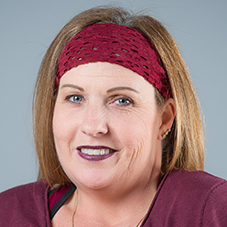 Amanda Creamer is in her 12th year with the Razorbacks and second as Athletic Academic Services Manager. She spent the first nine years as an executive assistant with the men’s basketball program. Joining the University for a second time, Creamer was a student at Arkansas and later assisted with the recruiting efforts and summer camps for three years before leaving, only to return to the Razorbacks in 2011.

Prior to returning to her alma mater, Creamer was the executive assistant for the men’s basketball staff at Missouri. With the Tigers, she maintained the day-to-day aspects of the office, handled Coach Mike Anderson’s schedule and oversaw student workers, among other duties.

Creamer was the office manager for the women’s basketball team at Alabama-Birmingham (UAB) for two years before moving to Columbia. In that capacity, she assisted with the statistical crew for home games along with her other day-to-day tasks for the Blazers and their Dragon Club.

A native of Harrison, Arkansas, Creamer earned her bachelor’s degree in journalism from Arkansas in 2000 and is close to earning her masters in the same discipline. In her first, six-year stint with the Razorbacks, she worked as a student assistant in the women’s communications office as well as an intern in the men’s sports information office. She began her work with men’s basketball during the summer of 2001.

In addition to her work in athletic departments, Creamer has also worked with the Columbia (Mo.) Chamber of Commerce in various capacities.