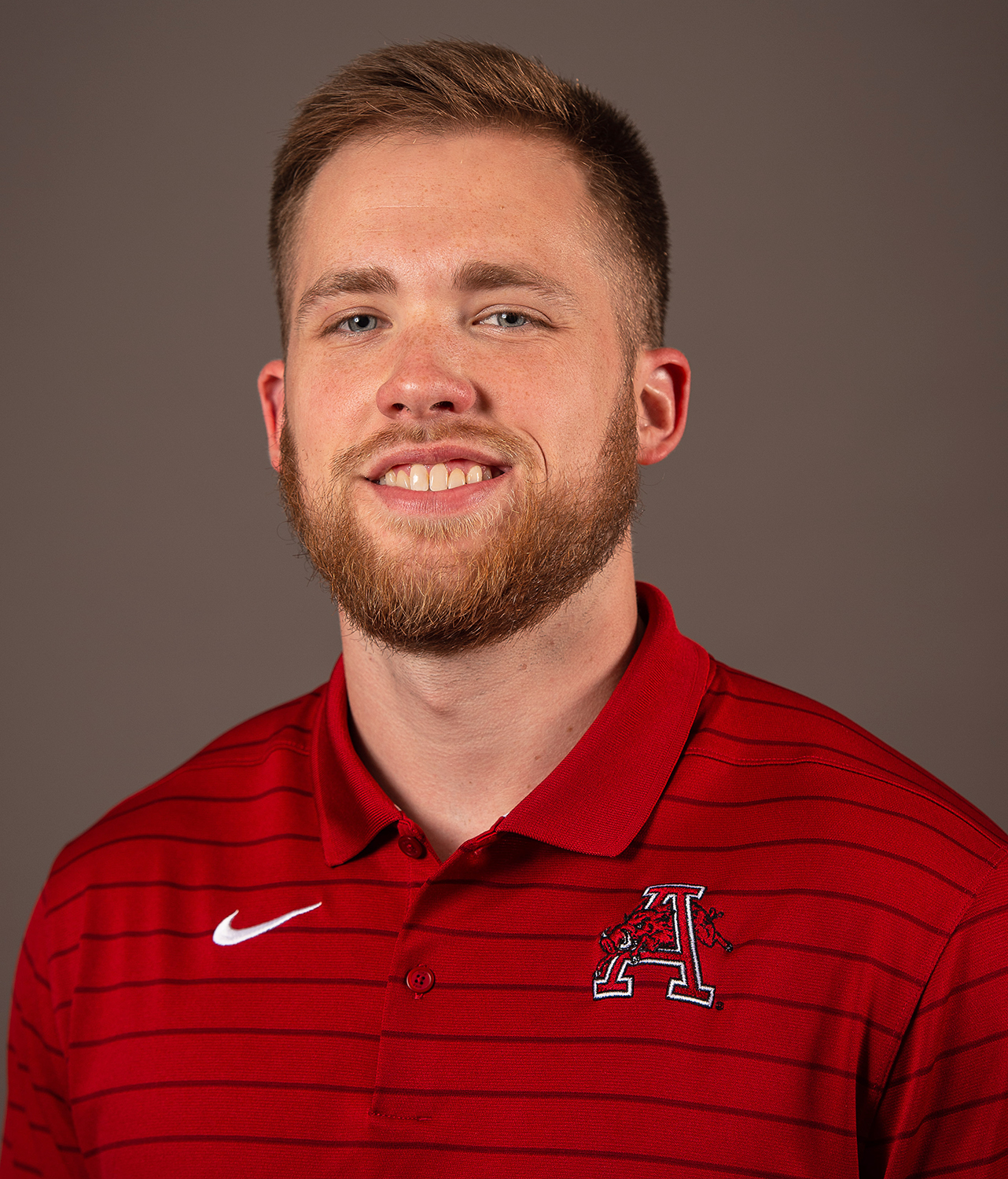 Blake Wetherington was named assistant director of recruiting and scouting on June 2, 2022.

In addition to his role in evaluating players for recruiting and scouting, Wetherington will use his graphic design and video skills to run the Arkansas Razorback Recruiting Twitter page.

Wetherington comes to Arkansas after spending the last four years at Iowa State. This past season, he was elevated to recruiting and scouting coordinator where he assisted the staff in developing and maintaining Iowa State men’s basketball’s brand, as well as other recruiting and scouting duties such as graphic design. Wetherington spent the previous three seasons as a graduate assistant with the Cyclones.

This past season, the Cyclones had one of the best turnarounds in the history of Division I college basketball, winning 20 more games than the previous season and advanced to the Sweet 16 of the NCAA Tournament. The Cyclones finished the season 22-13 overall and earned five wins against nationally-ranked opponents.

During his time in Ames, Wetherington was also part of the 2018-19 Cyclone squad that finished 23-12 and advanced to the NCAA Tournament. He additionally helped in the development of three future NBA players including Marial Shayok, Talen Horton-Tucker and Tyrese Haliburton.

Wetherington joined the ISU program after five years at Murray State, the last of which he served as a graduate assistant for the Racers.

Prior to becoming a graduate assistant at MSU, Wetherington served as a student manager for the program from 2013-17. During the span, Murray State won a pair of Ohio Valley Conference regular season titles and the 2018 OVC Tournament while advancing to the postseason three times. Also, the Racers produced OVC Player of the Year winners Jonathan Stark and Ja Morant.

The Mayfield, Ky., native was coordinator of Matt McMahon Camps for two years. He has also worked camps at Xavier, Virginia Tech, Texas A&M and Duke.

He graduated from Murray State in 2017 with a bachelor of science in business and business administration. He earned his master’s degree in youth development from Iowa State in the summer of 2020.