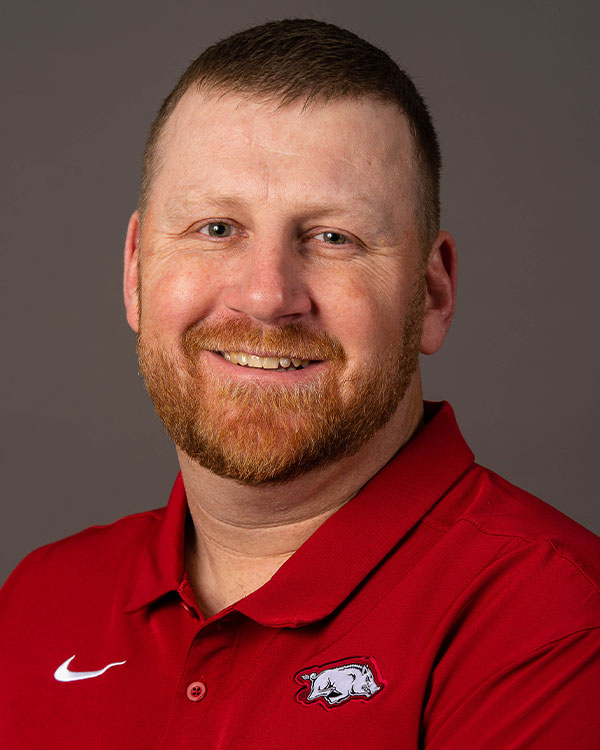 Chris Hurd rejoins the Razorbacks after spending three seasons as the special teams coordinator in 2021 at Akron.

He followed Akron head coach Tom Arth from the University of Tennessee at Chattanooga after two seasons where he served as the Mocs’ special teams coordinator and running backs coach. He helped freshman Brandon Dowdell lead the SoCon and finish No. 6 in the FCS with 12.6 yards per punt return. Junior RB Tyrell Price earned 2018 second-team All-Southern Conference honors.

Hurd coached three seasons as the special teams coordinator and tight ends coach at Florida Atlantic and has also worked with the Razorbacks and Tennessee. He started with the Owls in January 2014 and had an immediate impact in both areas he coached. The tight ends caught six scores that season, while Lucky Whitehead finished in the top-10 in the nation in kick return yards and Dalton Schomp averaged 45.4 yards per punt.

The 2015 special teams unit excelled in its second season under Hurd’s direction. Most notably, Schomp led the nation with 48.0 yards per punt. Nearly half of Schomp’s punts (22-of-45, 49%) were for 50 yards or more and he pinned 18 inside the 20. FAU tight ends also emerged as a solid unit in 2015. Nate Terry led all Owls receivers with four touchdown receptions.

In 2016, All-Conference member Kerrith Whyte led the squad in kick returns and was third in the nation in combined kick returns. Whyte tallied 1,002 kick return yards for an average of 25.7 yards per return. Schomp averaged 42.6 yards per punt and earned honorable mention all-conference recognition. Tight end Harrison Bryant emerged as a significant contributor with six catches for 63 yards and a spot on the Conference USA All-Freshman team.

Hurd earned a bachelor’s degree in history with a minor in criminal justice from the University of North Texas in 2004. He was a walk-on who lettered four seasons at North Texas (2000-03). He earned a scholarship and was a two-year starter for the three-time Sun Belt Champions (2001-03). The 2002 and 2003 recipient of the team’s Byron Gross Award, bestowed to the best linebacker, Hurd was a first-team All-Sun Belt in 2003 and Defensive Player of the Year the same season.

A native of Killeen, Texas, Hurd and his wife Emily have a son Ryker and a daughter Landrie.