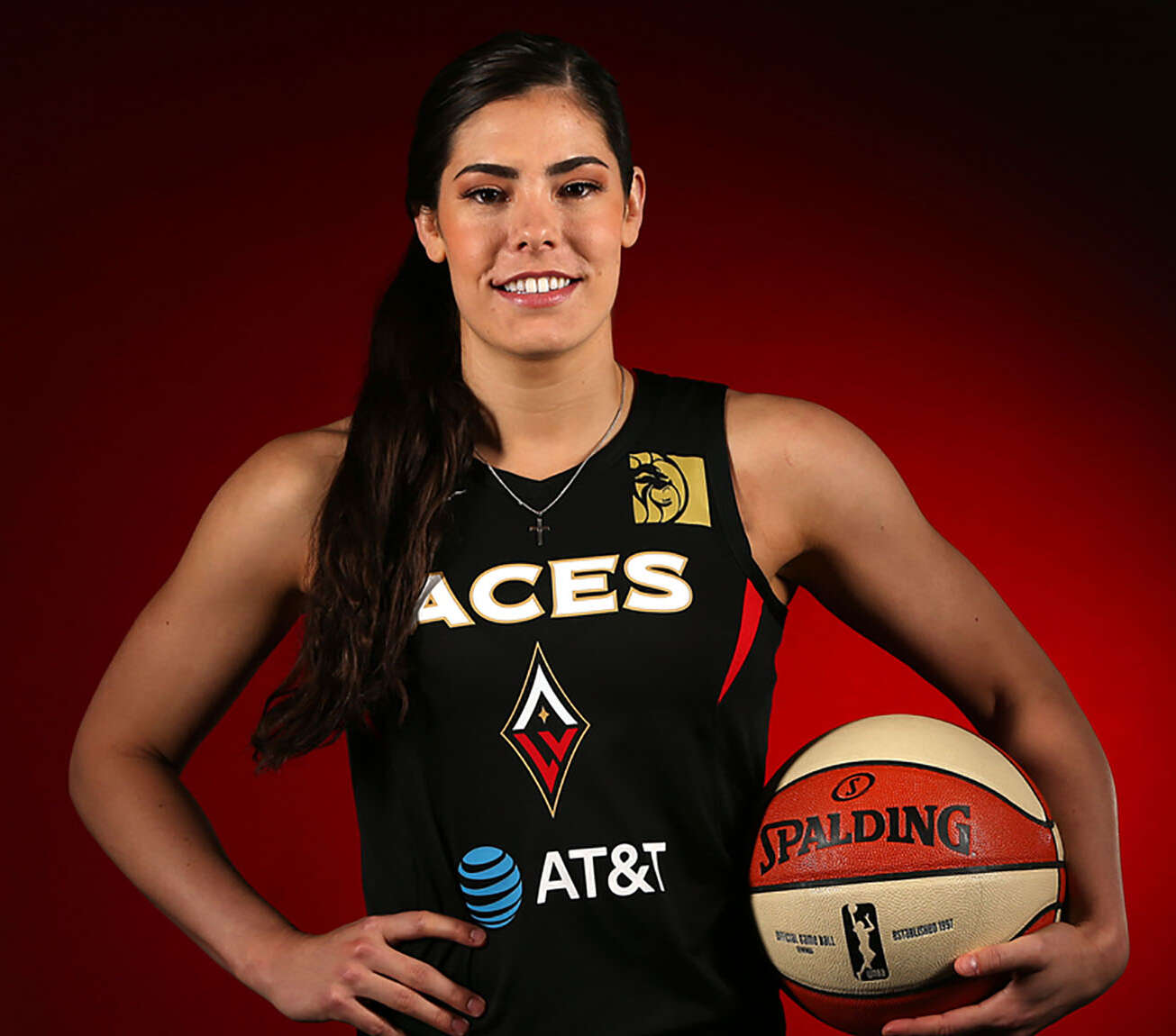 “We promise every Razorback and their families that we will surround them with the best possible resources on and off the court during their time in Fayetteville,” Neighbors said. “Today’s addition of Kelsey Plum to our staff is evidence of keeping that promise.”

“As a graduate assistant, Kelsey will be responsible for preparing our players for their transition from life as Division I athletes to life as professionals, whether that will be in basketball or in another chosen career path. Using her own experiences, as well as those she’s witnessed in her career, Kelsey will give our student-athletes a rare look into the behaviors and habits of one of the best players on the planet. I cannot wait to catalog how many ways Kelsey’s addition will positively impact the lives of our players, both for the next four years and the next forty that follow.”

Plum, who in 2017 swept all 10 of college basketball’s national player of the year awards, authored one of the greatest collegiate careers of all time. The Poway, California native was a scoring machine in college, as she still holds the NCAA record for most points scored in a career, finishing with 3,527 points. For her efforts, Plum racked up numerous awards during her four collegiate seasons, being named an All-American by the WBCA and USWBA in both 2016 & 2017, an All Pac-12 performer in all four of her collegiate seasons, while also winning the conference’s Freshman of the Year honors back in 2014. She finished her career with a staggering stat line, averaging 25.4 points, 4.3 rebounds and 3.8 assists per game, all while shooting .443 percent from the field, .382 from deep and .880 from the free throw line.

Plum’s stats were anything but empty, though, as she also impacted winning, helping the University of Washington qualify for the NCAA Tournament three times, including trips to the 2016 Final Four and 2017 Sweet Sixteen. She becomes the third member of Neighbors’ staff to play on a Final Four team. Assistant Coach Chantel Osahor and former graduate assistant Heather Corral also reached the Final Four in their playing careers.

After her college career was over, Plum was selected No. 1 Overall in the 2017 WNBA Draft by the San Antonio Stars. Over the course of her three-year career, both with the Stars in San Antonio and with the Aces after the franchise’s relocation to Las Vegas, Plum has averaged 8.9 points, 2.4 rebounds and 3.5 assists per game in just under 25 minutes per game. She was named to the league’s All-Rookie team following her first season, and in her second season in Las Vegas, Plum helped guide the Aces to the WNBA Semifinals, where they would fall to the eventual WNBA Champions, the Washington Mystics. Plum has also played professionally overseas, joining Fenerbahce in 2017-18. She would play two seasons with the team, helping her squad win back-to-back Turkish League Championships, and the Turkish Cup in 2018-19.

Plum also has experience representing the United States on an international stage, as she played for the U19 Team in 2013 and played on the Pan American team in 2015. Plum is also set to represent the United States in the 2021 Summer Olympics in Tokyo, where she will play in the three-on-three event.

Additionally, Plum has also made several appearances on television as an analyst for college hoops. She has done analytical broadcast work for both the Pac-12 Network and for the SEC Network.