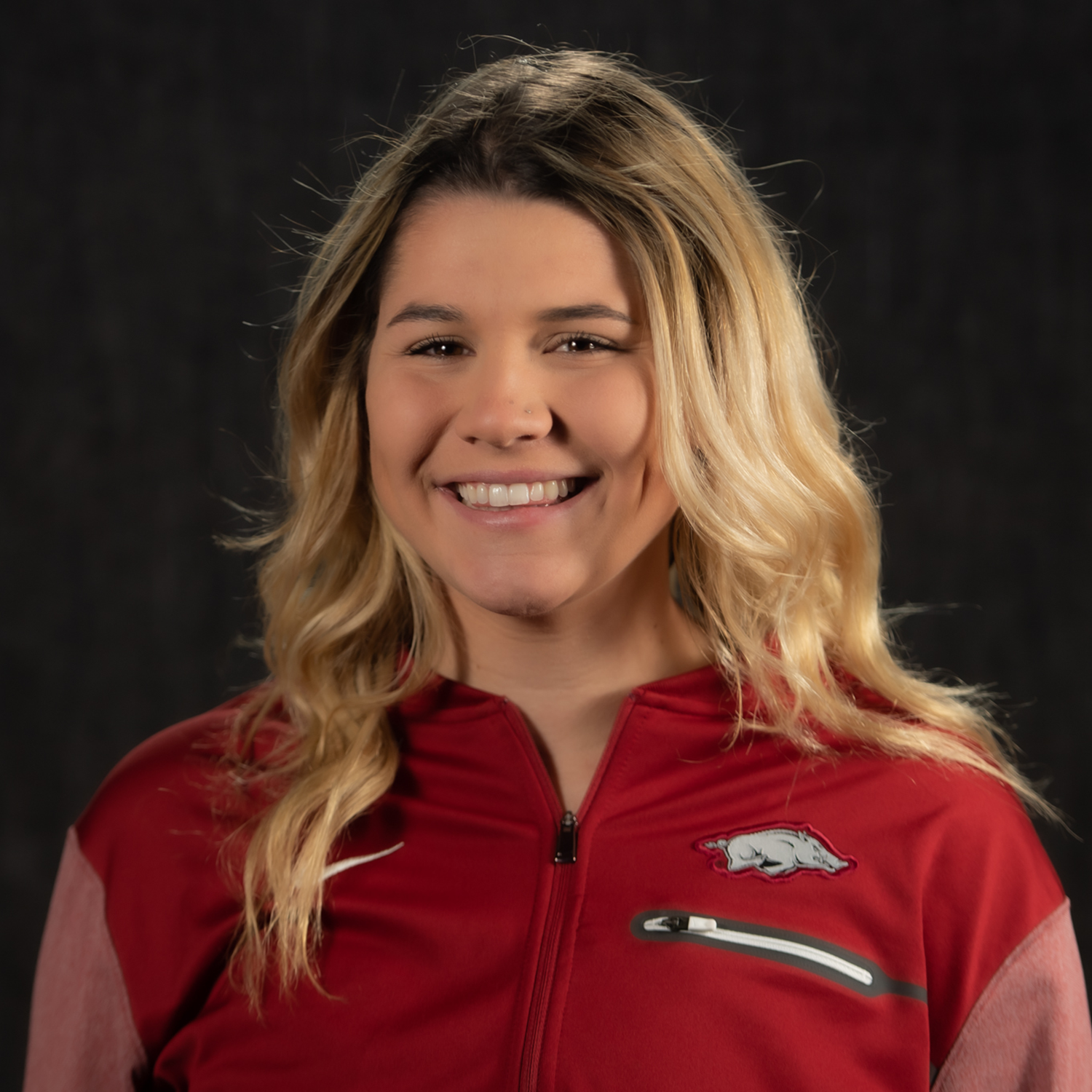 DeWitt joined the Razorback in November of 2018 as a graduate manager after playing for the Florida Gators from 2015-18.

DeWitt, a native of Garden Grove, Calif., lettered all four years at the University of Florida. She made an immediate impact, earning All-SEC freshman honors in addition to being named to the 2015 Women’s College World Series All-Tournament team for her part in leading the Gators to the 2015 National Championship.

In her senior season she earned NFCA Second Team All-American honors after leading the Gators in home runs with 14. She was second on the team in hits (59), RBIs (57), total bases (118) and slugging percentage (.652) while starting all 67 games in her final season as a Gator.

She was also a member of the 2015 USA Softball Junior National team where she led the team to a WBSC Junior Women’s World Championship Gold Medal, hitting .381 with 12 RBI and 15 runs scores. In 2016, she was selected U.S. Women’s Elite Team.

This past summer, DeWitt was selected as the 17th overall pick in the 2018 National Pro Fastpitch (NPF) Draft by the USSSA Pride.