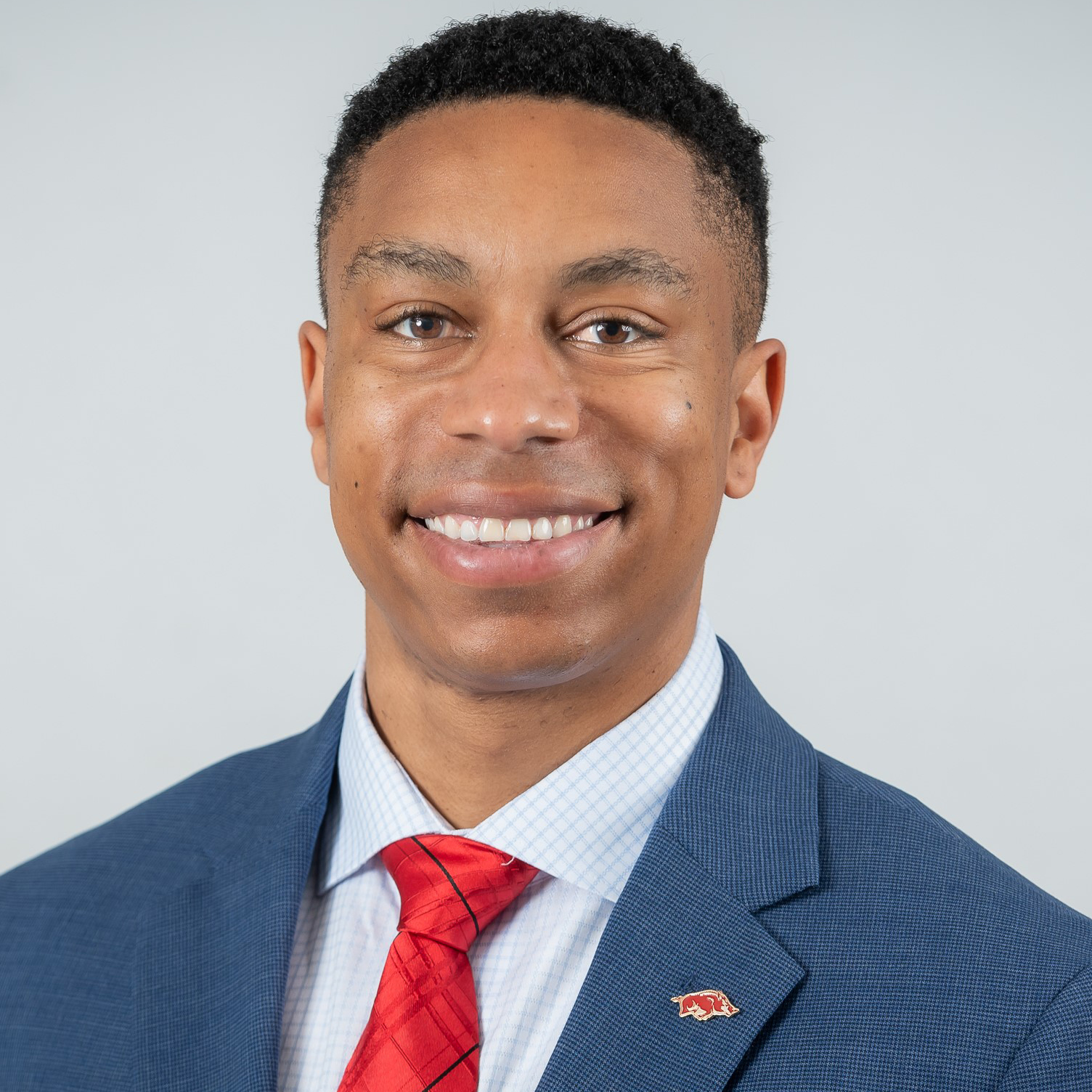 Prentice serves as a member of the Athletic Director’s Cabinet and Senior Staff and provides leadership of the Athlete Brand Development unit, which manages Name, Image and Likeness (NIL) activities and initiatives. In May 2021, he oversaw the launch of Flagship, a comprehensive NIL program for Razorback student-athletes. He also coordinates the development and implementation of diversity, equity and inclusion action plans and is the sport administrator for men’s and women’s cross country and track and field.

Prior to his return to Fayetteville, Prentice served as the Associate Athletics Director/Chief Diversity and Inclusion Officer and men’s and women’s track and field sport administrator at the University of Kansas. While there, he served as a member of both the Executive Staff and External Leadership Team and managed relationships with donors to secure major gifts. He also worked closely with the Human Resources and Student-Athlete Development units in leading diversity initiatives.

Before Kansas, Prentice worked in fundraising with the Razorback Foundation and with the Ole Miss Athletics Foundation at the University of Mississippi. During his time with the Razorback Foundation (2014-18), he helped raise support as part of several major campaigns, including a $160 million renovation and expansion of Donald W. Reynolds Razorback Stadium as well as various track and field projects, including the $15 million Frank O’Mara Track & Field High Performance Center. Prentice also managed several internal functions, such as football and men’s basketball priority seating and parking operations.

Nationally, Prentice is actively engaged with NACDA, NAADD and NCAA Leadership Development. He is a graduate of the NCAA Dr. Charles Whitcomb Leadership Institute and served as a member of the LEAD1 Diversity, Equity and Inclusion Working Group.

As a Razorback student-athlete, Prentice was an All-SEC and Honorable Mention All-American decathlete. From 2009-12, he helped the program claim five Southeastern Conference championships in indoor and outdoor track and field and served as president of the Student-Athlete Advisory Committee.

A native of Pomona, California, Prentice earned his bachelor’s degree in history in 2012 and master’s degree in sports management in 2014 from the University of Arkansas. He and his wife, Deanna, who serves as a certified athletic trainer for the Razorbacks, reside in Fayetteville.