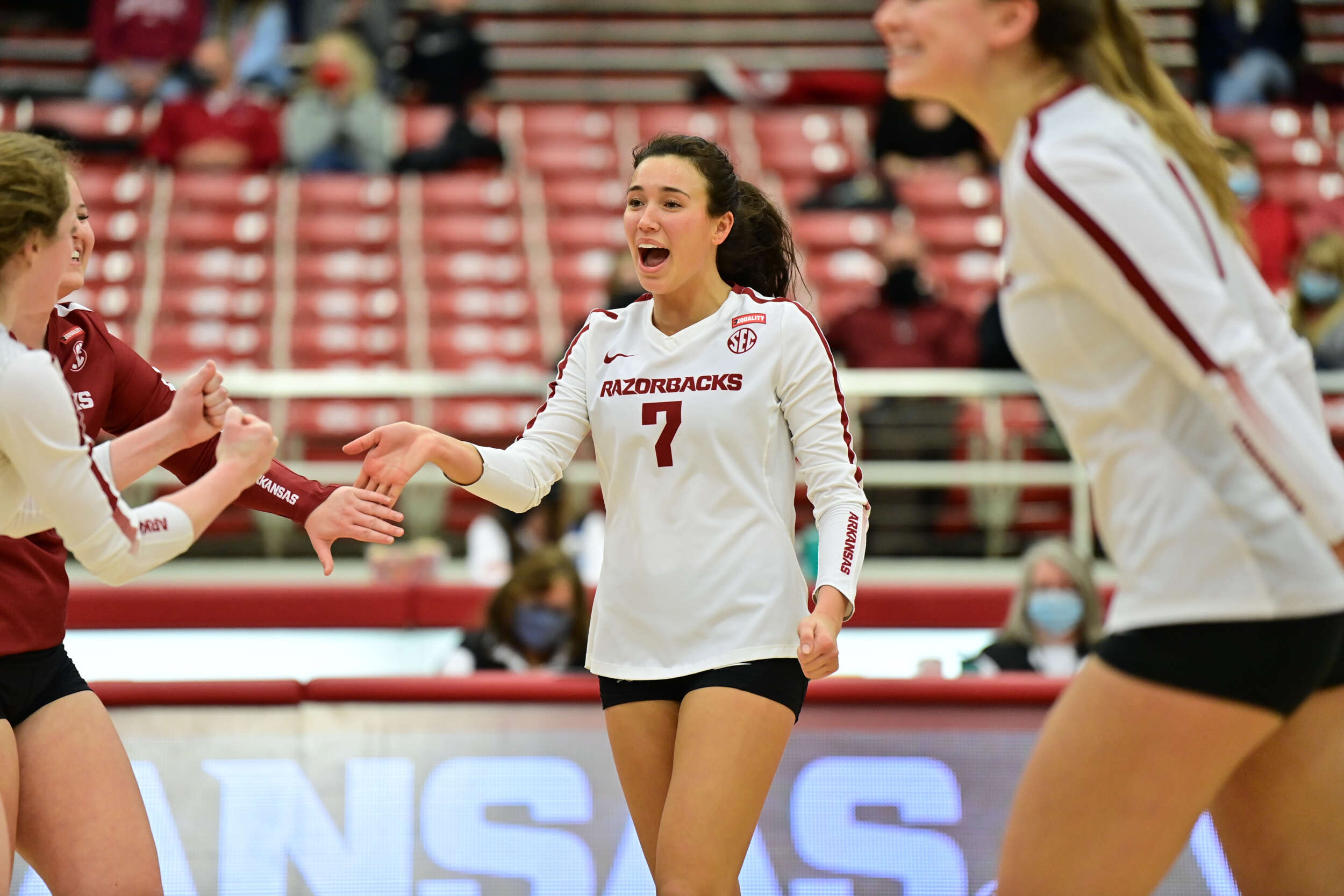 FAYETTEVILLE, Ark. – Freshman Arkansas volleyball player Taylor Head pulled in her second SEC Freshman of the Week award on Monday. The weekly SEC award is a program-record ninth this season for the Razorbacks.

Head led Arkansas to its 11th SEC win of the season on Thursday (Feb. 18), taking down LSU in four sets. Arkansas broke a four-set losing streak to LSU with the 3-1 win.

With the help of Head, the Razorbacks notched their fifth-straight SEC win for the first time since 2006. The 11 SEC wins is also the most by Arkansas since 2012.

Head recorded her 10th double-double of the season with 12 kills and 14 digs. She also contributed two service aces and a block in the victory.

Over the course of the weekend, Head combined for 22 kills behind a .263 hitting percentage. Her efficiency at the net aided the Hogs in their best hitting percentage of the season in four sets, swinging .262 against the Tigers on Thursday.

Head followed Thursday’s performance with another double-double, posting 10 kills and 13 digs. She averaged 2.75 kills and 3.38 digs per set across the two matches, tallying 27 total digs and four total blocks.

The Razorbacks take advantage of a bye week this weekend and will return to action on March 5-6 on the road at Florida.