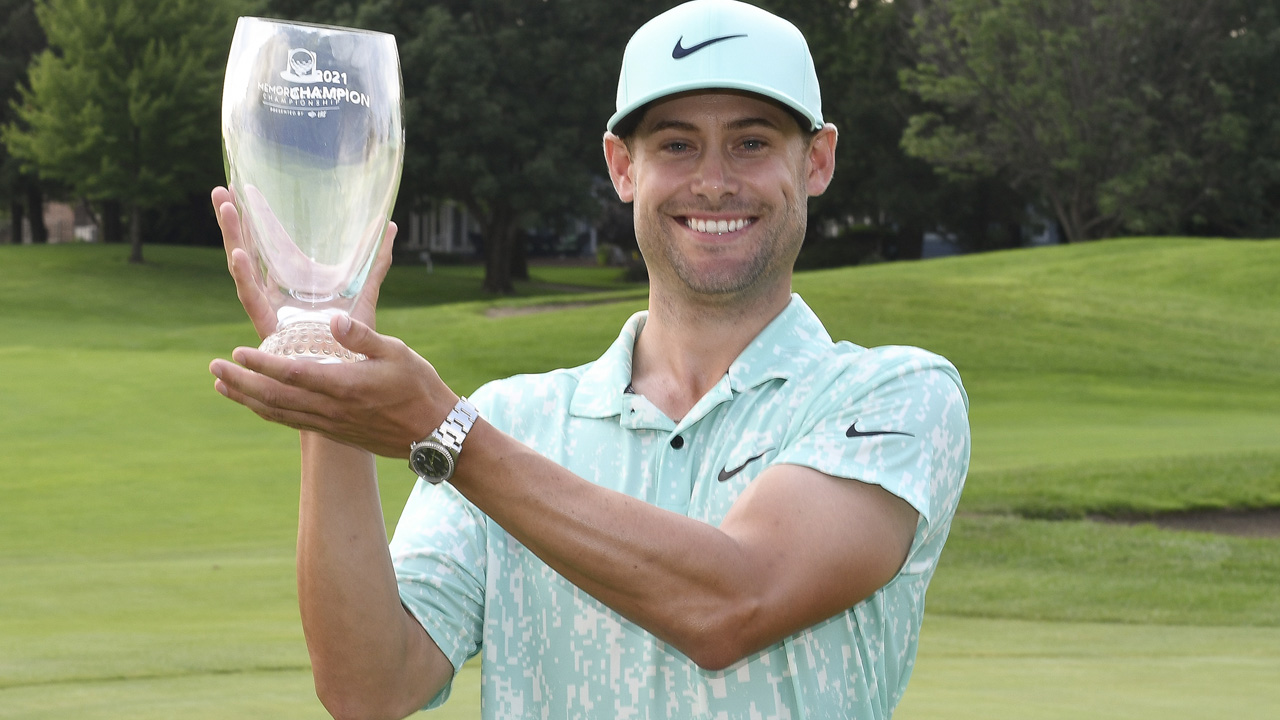 SPRINGFIELD, Ill. – Former Razorback All-American Taylor Moore won his first professional event – the Memorial Health Championship presented by LRS on the Korn Ferry Tour – and, in the process, earned his PGA TOUR card for next season.

Moore nearly earned his card the previous week, only to be bested by TPC Colorado Championship at Heron Lakes winner and Razorback Tag Ridings in the final round. He was in contention last week after tying a course record in round one with a 63.

Moore has been one of the most consistent players on the Korn Ferry Tour of late. He now has 10 top 10’s this season and, after missing the cut in three straight events, has finished among the top 26 in 12 of his last 13 events played.

Moore, the 2013 SEC co-Freshman of the Year, earned honorable mention All-American honors twice (2015 and ’16) and was a three-time PING All-Region selection. He was voted second team All-SEC twice (2015 and ’16). Moore additionally was named to the SEC Community Service Team and was on the SEC Honor Roll three times (First-Year in 2013; Spring in 2015 and ’16). Moore’s career scoring average of 72.285 was third when he finished at Arkansas (now ranks fifth).

Moore graduated from Arkansas in 2016 with a degree in sport management.